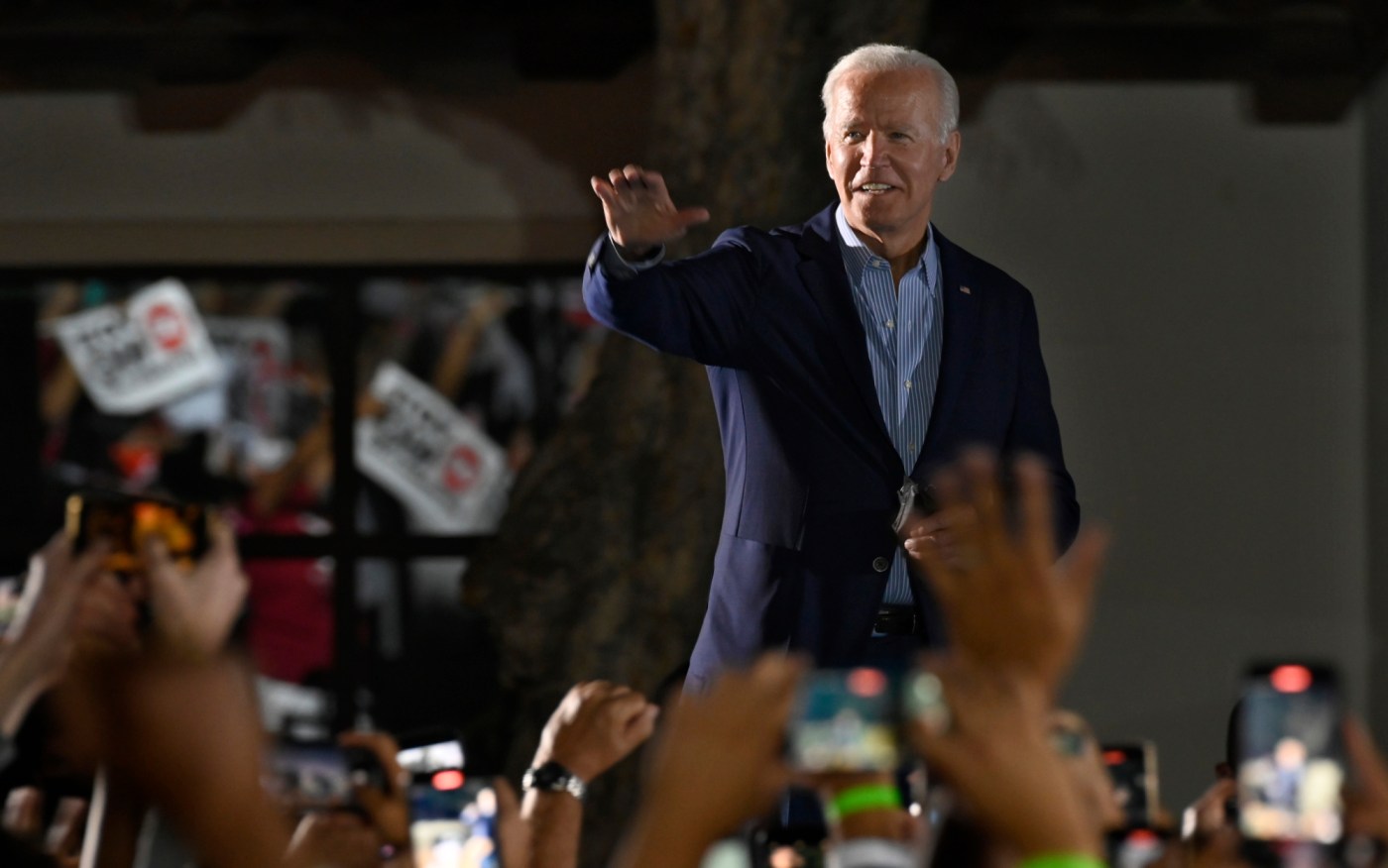 With one day of voting left in the California recall, President Joe Biden told a crowd of supporters at Long Beach City College that they should keep Gov. Gavin Newsom in office so he can keep coronavirus at bay, safeguard women’s rights and fight climate change.

That was a frequent refrain at the Monday night rally, which marked Biden’s first California visit since taking office.

Elder’s campaign didn’t immediately respond to a request for comment, but has previously slammed those who’ve tried to make this election about Trump instead of Newsom.

Recent polling bodes well for Newsom, with most showing voters opposing the recall. Data on early voting also looks good for the governor, with a Friday update from Political Data Inc. showing Democrats, who largely support Newsom, overperforming in terms of turnout by six percentage points while Republicans, who largely oppose the governor, were underperforming by two points.

But Trump and other GOP leaders have discouraged mail-in voting over the past year, meaning a large percentage of Republicans voters are expected to cast ballots on Election Day. So the anti-recall side continues to push, with the governor and his supporters spending some $60 million in recent weeks. The anti-recall side also has seen a steady flood of endorsements from high-profile party leaders. Sens. and former presidential candidates Elizabeth Warren, Bernie Sanders and Amy Klobuchar have all released campaign ads supporting Newsom. New York Rep. Alexandria Ocasio-Cortez did an Instagram video for the governor, while former President Barack Obama shared a video last week urging Californians to reject the recall. Vice President Kamala Harris also stumped with Newsom in the Bay Area on Wednesday.

Bills knock out Tua, roll past Dolphins yet again, win 35-0

Those efforts culminated Monday night in Biden’s appearance at Long Beach City College, which was open to campaign volunteers, Democratic leaders and some invited students from the college.

A parade of California’s statewide elected officers and local, state and federal politicians spoke in support of Newsom.

“California proudly leads the nation in so many ways, and that’s why we can’t let Republican Larry Elder take us back to the Trump years,” Sen. Alex Padilla said.

“Governor Newsom has led the state and kept people safe. He has followed the science and made the tough calls,” said Long Beach Mayor Robert Garcia, a close ally to both Newsom and Harris. “But now Larry Elder and Trump extremists want to take us backward. … Not on our watch.”

A few hundred people gathered outside the event to protest, and occasional chants of “recall Newsom, impeach Biden” could be heard inside the venue.

Recall proponents were quick to criticize Biden’s local campaign stop, noting that inconveniences Long Beach residents and saying it distracts the president from other pressing issues.

“(Newsom has) pulled in …read more