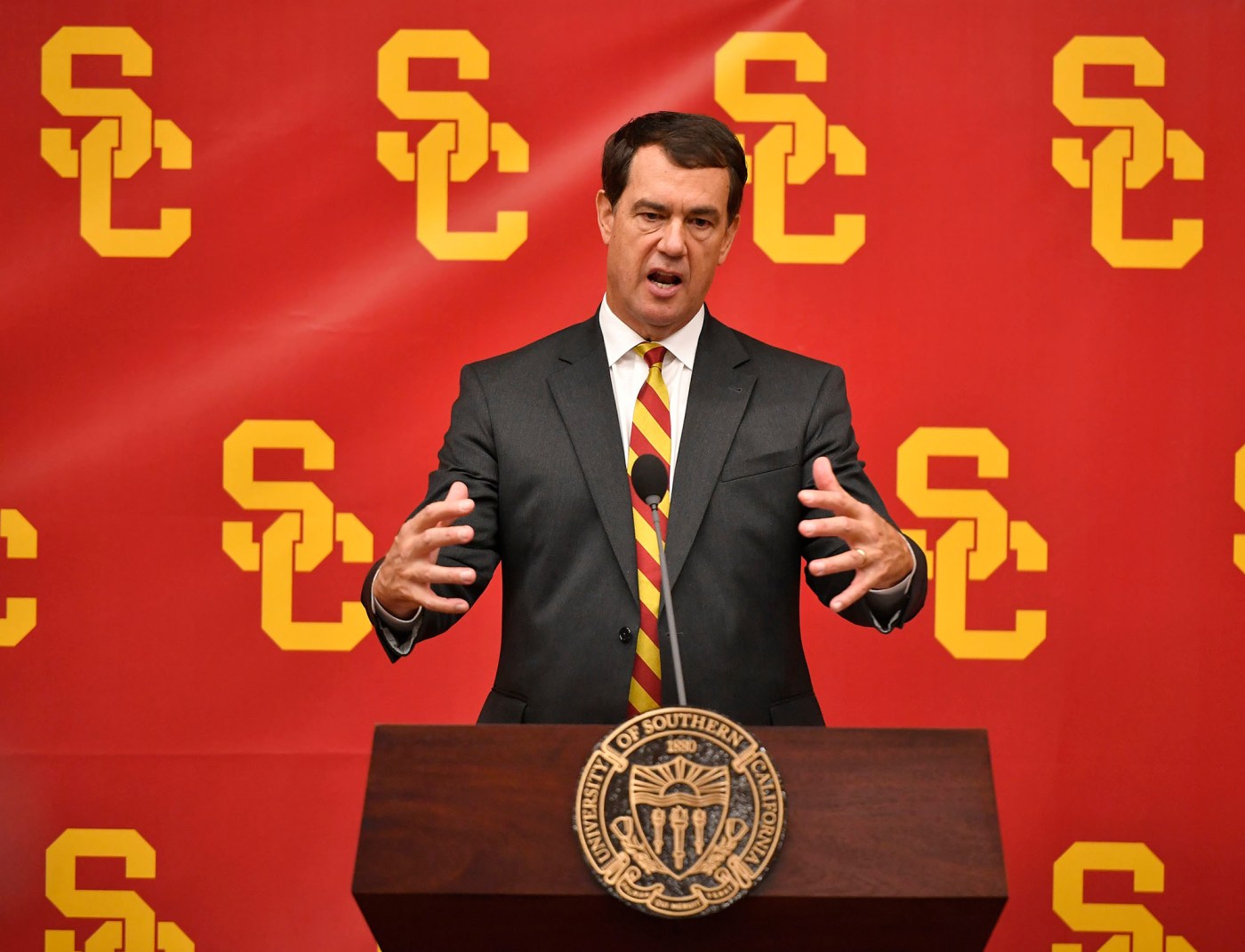 What took them so long?

That is, I’m sure, what a resounding majority of USC football supporters are saying today. Two games into what was expected to be a win-or-go-home season for Clay Helton, he was shown the door Monday afternoon. Athletic director Mike Bohn tried to say all the right things in his statement announcing Helton’s firing, but the second sentence may have been the tell.

“Clay is one of the finest human beings I have met in this industry, and he has been a tremendous role model and mentor to our young men,” Bohn wrote. And across the self-proclaimed Trojan Family, supporters nodded their heads and assured themselves that the late Leo Durocher was right.

“Nice guys finish last” may not be the exact quote allegedly uttered by the fiery and often irascible baseball manager. But it’s a reality more often than not, especially in football. Like it or not, to succeed in an intense and sometimes mean sport a coach must make his athletes, and sometimes assistant coaches as well, think that he’s at least capable of temporary insanity. He doesn’t always have to yell – it’s more effective when rarely used, actually – but he needs his players to understand that if they screw up there will be consequences.

Consequences have been few on the USC practice field the last few years if on-field performance and behavior have been any indication. Lack of discipline has been a frequent complaint of the USC faithful, exemplified by mental errors, unwise and untimely penalties – a targeting penalty by the kicker on the opening kickoff?? – and undue celebration for on-field successes that should be routine. If you get a first down, or you make a tackle, instead of doing a dance maybe you should simply walk back to the huddle with the idea of making that play again, and again, and again.

Youthful exuberance has its place, but so does a businesslike approach. After all, College Football Inc. is a business, one in which players are at last allowed a share of the financial rewards. But it’s hard to justify giving Name-Image-Likeness dollars to players in a program speeding toward irrelevance.

The scene at the Coliseum Saturday night was telling. As Stanford had its way with USC, the boos got louder. Eventually, toward the end of the Cardinal’s 42-28 beatdown of the Trojans, fans decided it wasn’t worth any more of their time and headed for the exits early.

USC fans leaving in droves from the Coliseum with 25 seconds left in the 3rd quarter. Stanford just took a 35-13 lead. No energy. Boos after every possession.

The Coliseum currently sounds like a mausoleum. And it’s beautiful.

USC fan in front of me just turned around and said, “We need to get rid of Helton. I hope you guys win.”