USC wondering what happened to the ‘air’ in the Air Raid 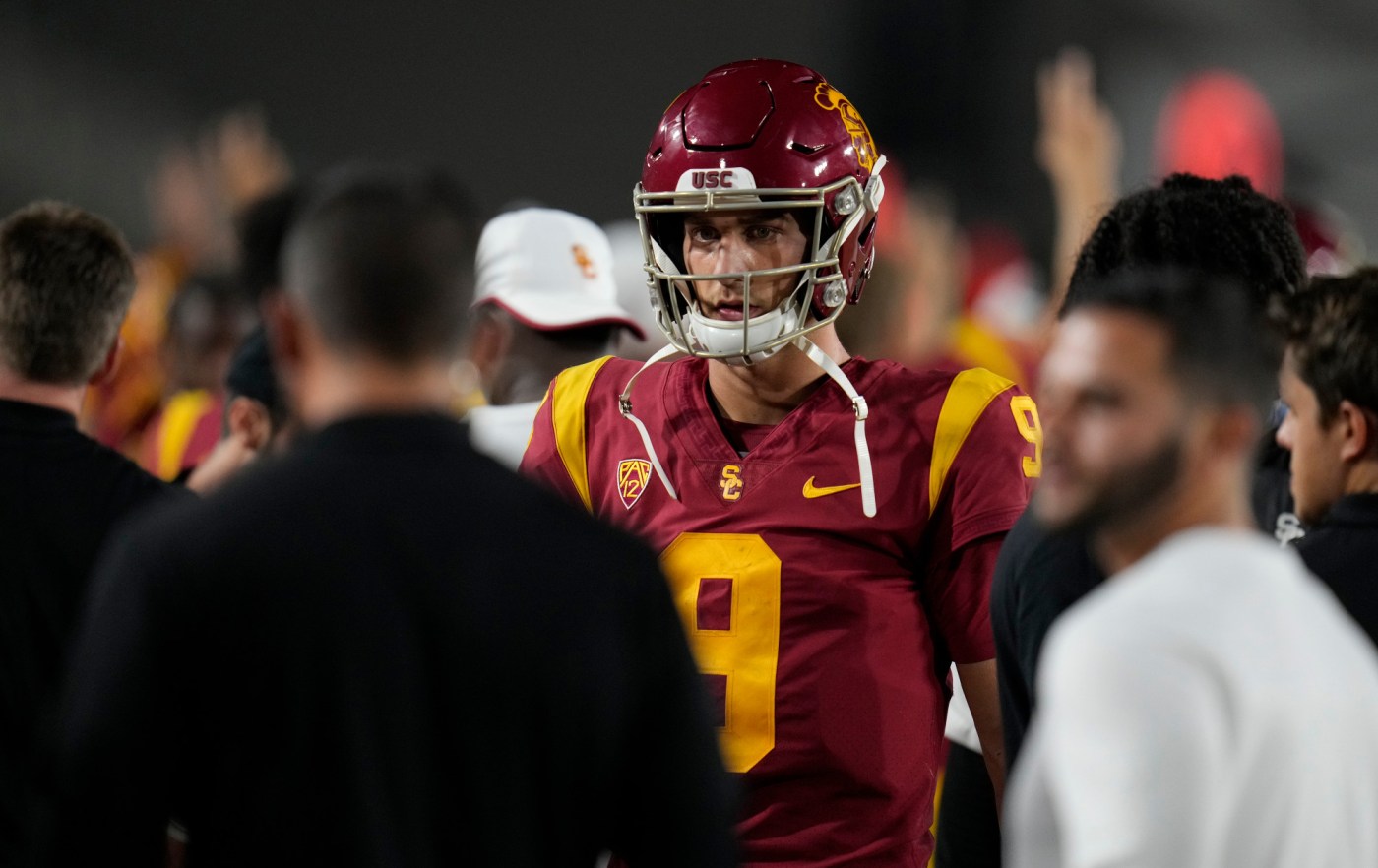 Through two games, it appears USC has fixed one problem on its offense. The Trojans have been able to establish a legitimate run game, averaging 172.5 ground yards in the opening two weeks.

But when head coach Clay Helton recapped to reporters on Sunday his takeaways from the tape review of Saturday’s disastrous 42-28 loss to Stanford, what stood out was that the Trojan passing attack had fallen flat.

“Really the missed opportunities in the passing game as an offensive unit,” Helton said. “To be able to create explosive plays as well as points in the red zone. You look up and you really got five plays over 15 yards on the day and two of those were within the run game.”

Yes, the passing game, pretty much the one aspect of USC that has been unassailable the past two seasons is now a cause for concern for the Trojans.

In the loss to Stanford, quarterback Kedon Slovis completed 27 of 42 passes for 223 yards, a touchdown and an interception.

The pick, which was returned for a costly Cardinal touchdown, was a drop by receiver Drake London, but as offensive coordinator Graham Harrell noted, the throw was also behind the receiver.

USC did do better in the red zone, scoring in all five trips and three times reaching the end zone. But the two field goals came after misses on potential touchdown passes.

Asked directly if the offense has made the progress it should in Year 3 with the same offensive coordinator and quarterback, Helton deflected to discuss how USC’s average starting field position at its own 22 hurt the Trojans.

But Harrell’s Air Raid attack is supposed to be the type of offense that moves quickly down the field regardless of starting position. Helton said Sunday that he felt USC didn’t really get its desired tempo going until the fourth quarter, at which point the Trojans were already down by 29.

“They just executed better than we did tonight out there,” said Harrell, who said Stanford did not do anything schematically that surprised USC. “We gotta play harder, we gotta execute better. We didn’t execute great Week 1, especially in the red zone in Week 1.”

Helton echoed that line Sunday, saying, “I thought [Harrell] put our kids in good position last night to be able to make plays. It’s something that, I know our kids are going to look back on and say gosh darn, …read more