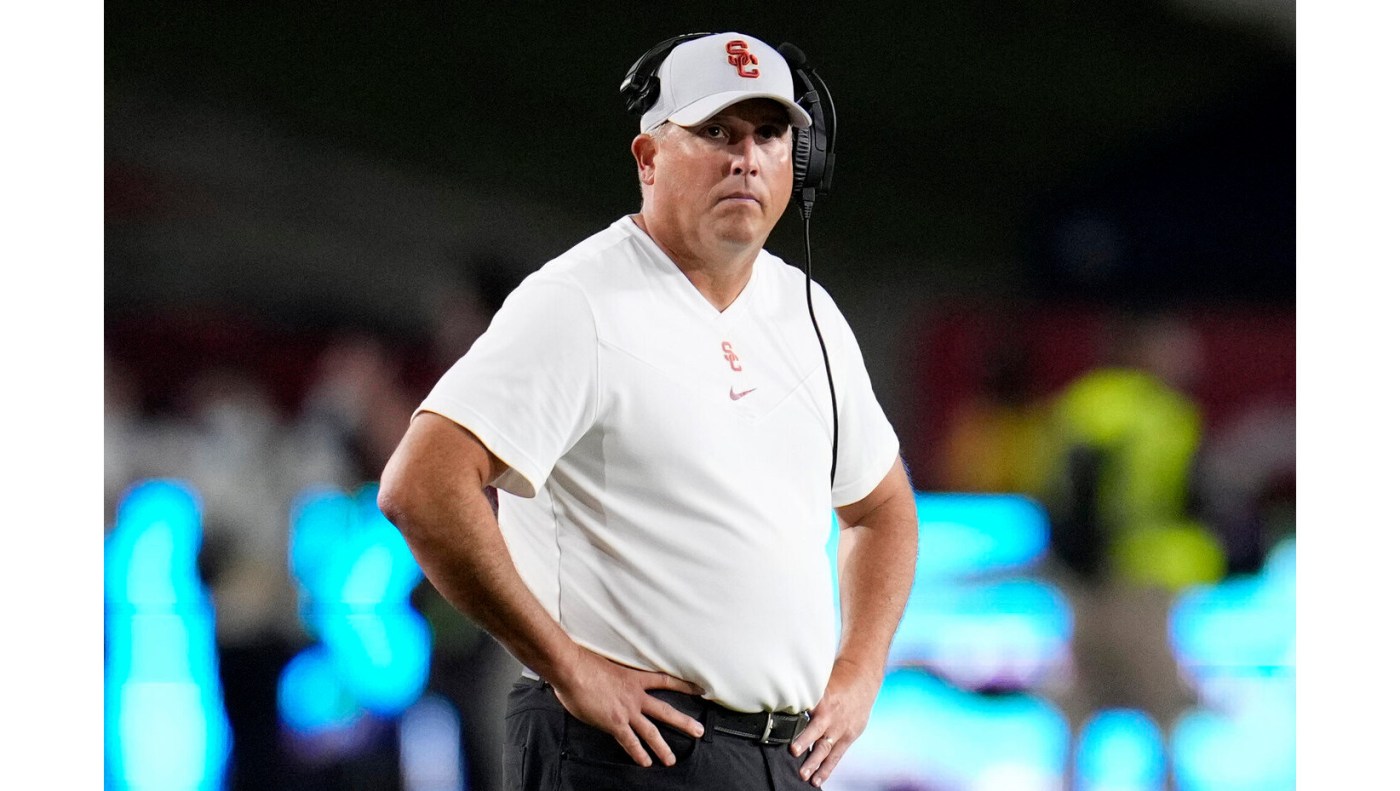 The Clay Helton era at USC came to an end on Monday, as USC athletic director Mike Bohn announced his decision to part ways with the head football coach.

Bohn and Helton addressed the team on Monday afternoon to announce the change in leadership.

“Clay is one of the finest human beings I have met in this industry, and he has been a tremendous role model and mentor to our young men,” Bohn said in a statement. “We appreciate his many years of service to our university and wish him nothing but the very best.”

Cornerbacks coach and associate head coach Donte Williams will serve as interim head coach for the remainder of the season.

“This season is just getting started and we have the opportunity to really do something special with this team and this program,” Bohn said. “Donte is an experienced and well-respected coach who is renowned for his ability to develop relationships with student-athletes, and I appreciate his willingness to take on this challenge.”

“Our university and its leadership are committed to winning national championships and restoring USC football to glory,” Bohn said. “With our storied history, our talented roster, and the major investments we’ve made in the infrastructure of our football organization, I’m optimistic that we are better positioned right now than we have been at any other time in the past decade to recruit the best and right leader for USC.”

Helton, 49, went 46-24 in his six years as USC’s head coach and in two stints as the interim head coach. USC opened the 2021 season 1-1, but showed clear signs of regression in a Week 2 loss to Stanford. In the Trojans’ 42-28 defeat, USC displayed many of the shortcomings that have plagued Helton’s tenure, committing nine penalties, losing the turnover battle and struggling to execute on third down and in the third quarter.

Hired as the QBs coach in 2010 following 10 years at Memphis, Helton was first named USC’s permanent head coach in 2015 after he led the Trojans to a Pac-12 South title as the interim following Steve Sarkisian’s firing.

The Trojans went 10-3 in 2016 and won the Rose Bowl as quarterback Sam Darnold led a 14-point fourth-quarter comeback against Penn State. Helton’s USC team won the Pac-12 in 2017, going 11-3 after a loss to Ohio State in the Cotton Bowl.

But in 2018, USC went 5-7, losing five of its last six games and the final three by a combined 15 points. It was the first time USC had finished below .500 since 2000, the year before Pete Carroll was hired.

USC rebounded slightly in the 2019 season, going 8-4 in the regular season before losing to …read more

The Taliban banned barbers from cutting beards in part of Afghanistan, saying it is against Islam