Alexander: The new guy makes an impact on Rams right away 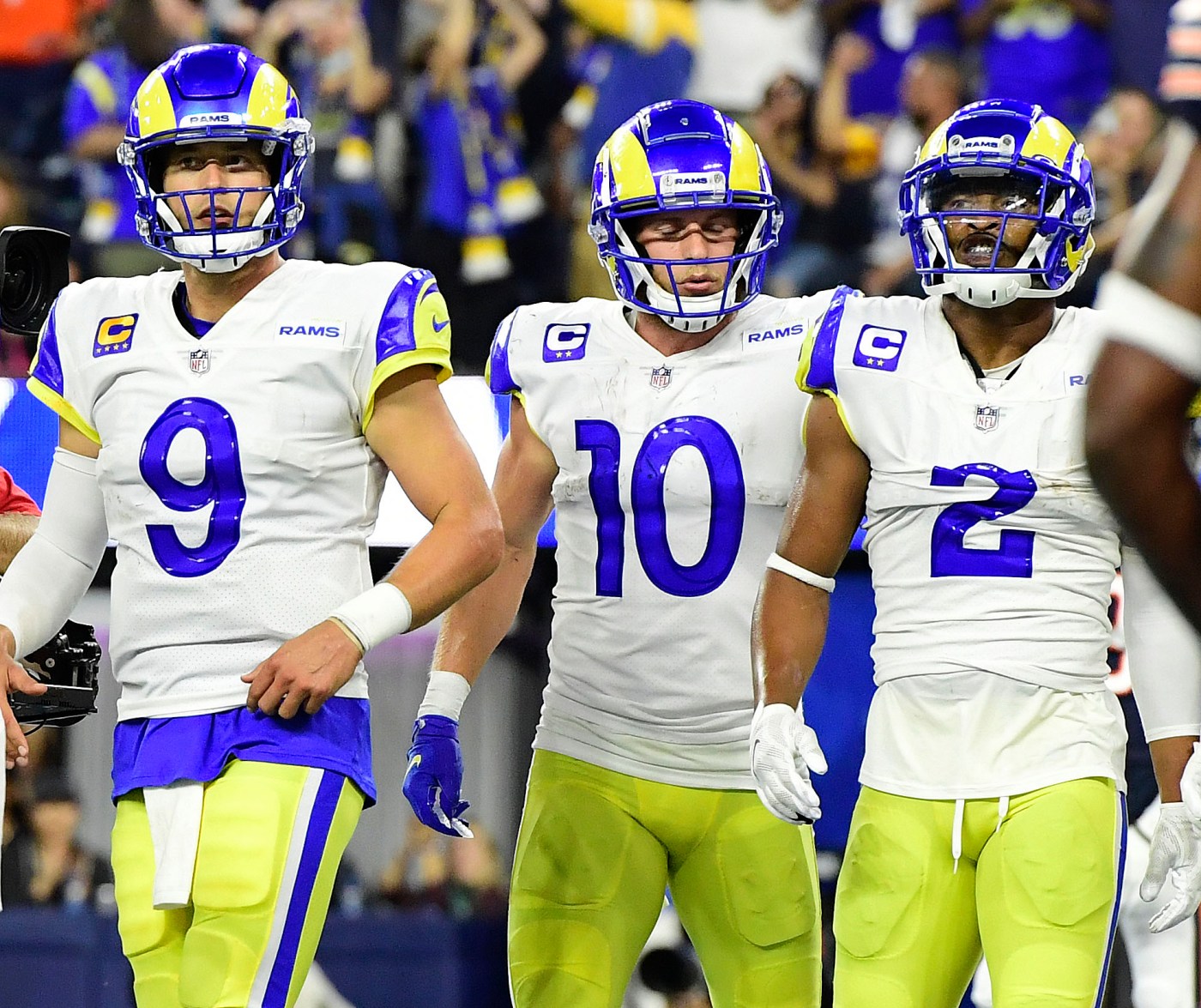 The NFL’s Inglewood palace truly is a magnificent venue, just as Stan Kroenke – and commissioner Roger Goodell, and Jerry Jones, the matchmaker between the league and Los Angeles – had intended. The effect was particularly dramatic for NBC’s cameras, and let it be noted that most of those who held the 70,425 tickets distributed were in their seats by kickoff, which indicates they’d heard the cautionary tales from the preseason and left their homes early enough to deal with the expected traffic and parking issues.

As for the Rams’ new quarterback? This could be lots of fun.

The first clue that things would be different around here came quickly, on the home team’s third offensive play of the evening. Stafford faked a handoff, rolled out to his left and flung a 46-yard strike to Van Jefferson, who caught the ball at the 21, fell down untouched at the 15, got back to his feet before either Bear in the vicinity could get there to touch him, and sprinted to the end zone.

The Rams’ first possession of the second half provided more early evidence for general manager Les Snead’s executive of the year campaign: Another play-action pass by Stafford and a 56-yard connection with Cooper Kupp, who caught the ball a full 10 yards behind three hapless Bears’ defenders and might as well have walked into the end zone.

And then there was the rapid response to a Bears touchdown early in the third quarter. After Chicago had trimmed the Rams’ lead to 20-14, Stafford directed a drive featuring a 37-yard pass to Tyler Higbee – a flawlessly executed back-shoulder toss – and a 17-yard pass to Kupp over the middle that wasn’t a touchdown only because a review showed Kupp’s knee was down before he stretched the ball over the goal line. No worries. Darrell Henderson scored on the next play.

Stafford’s first night’s work as a Los Angeles athlete: 20 for 26, 321 yards, three touchdown passes, no picks and a 156.1 quarterback rating. His high school chum from Dallas, Clayton Kershaw, has a tough act to follow when he returns to the Dodger Stadium mound Monday night.

Did Sean McVay have a favorite Stafford moment? Hard to tell.

“The first drive of the second half was what I thought was most impressive,” he said afterward. “But now I’m thinking about what an unbelievable job he did progressing (through his receivers), finding Robert Woods on the last touchdown (with 3:17 left). So there was multiple things.

“But I think the overall game management, and I think the expectation. You know, you can just see there was a look in his eye. He had confidence in his teammates. He expects to play well. And, you know, he did a great job. It’s hard to say that there was one thing. I loved everything that he did tonight.”