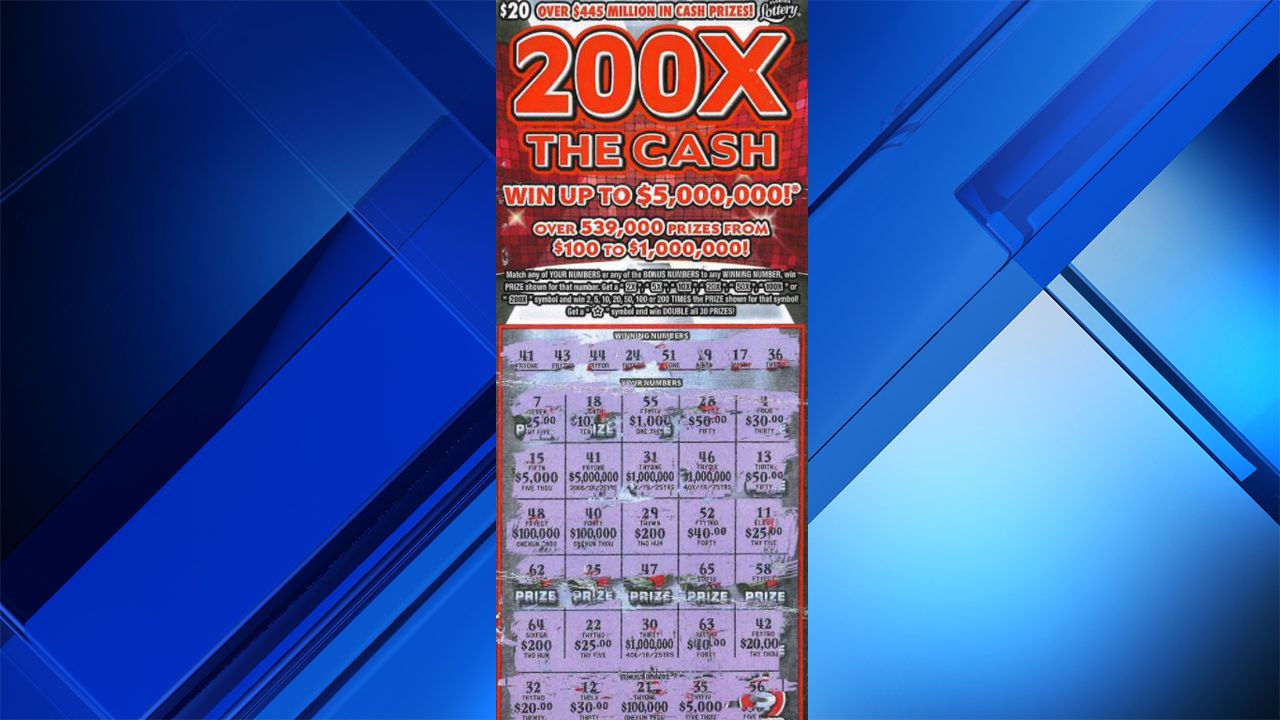 A Florida man is swimming in winnings this summer after scratching off a $5 million top prize.

Jose Serrano, of Auburndale, hit it big on Florida Lottery’s 200X The Cash game and opted for a lump-sum payout of $4.45 million.

That $20 game debut last September and offers the shot at 10 of those $5 million top prizes, state lottery officials say.

Serrano’s lucky ticket came from a Shell station at 9520 20th Street in Vero Beach. The seller gets a $10,000 bonus commission.

Meanwhile, Leroy Brundidge of Tampa won a $1 million top prize from the 50X The Cash game.

That one, which costs $5 to play, also launched last September and features 10 top prizes.

His ticket came from a 7-Eleven at 7401 East Broadway Avenue in Tampa. The store gets a $2,000 bonus commission.