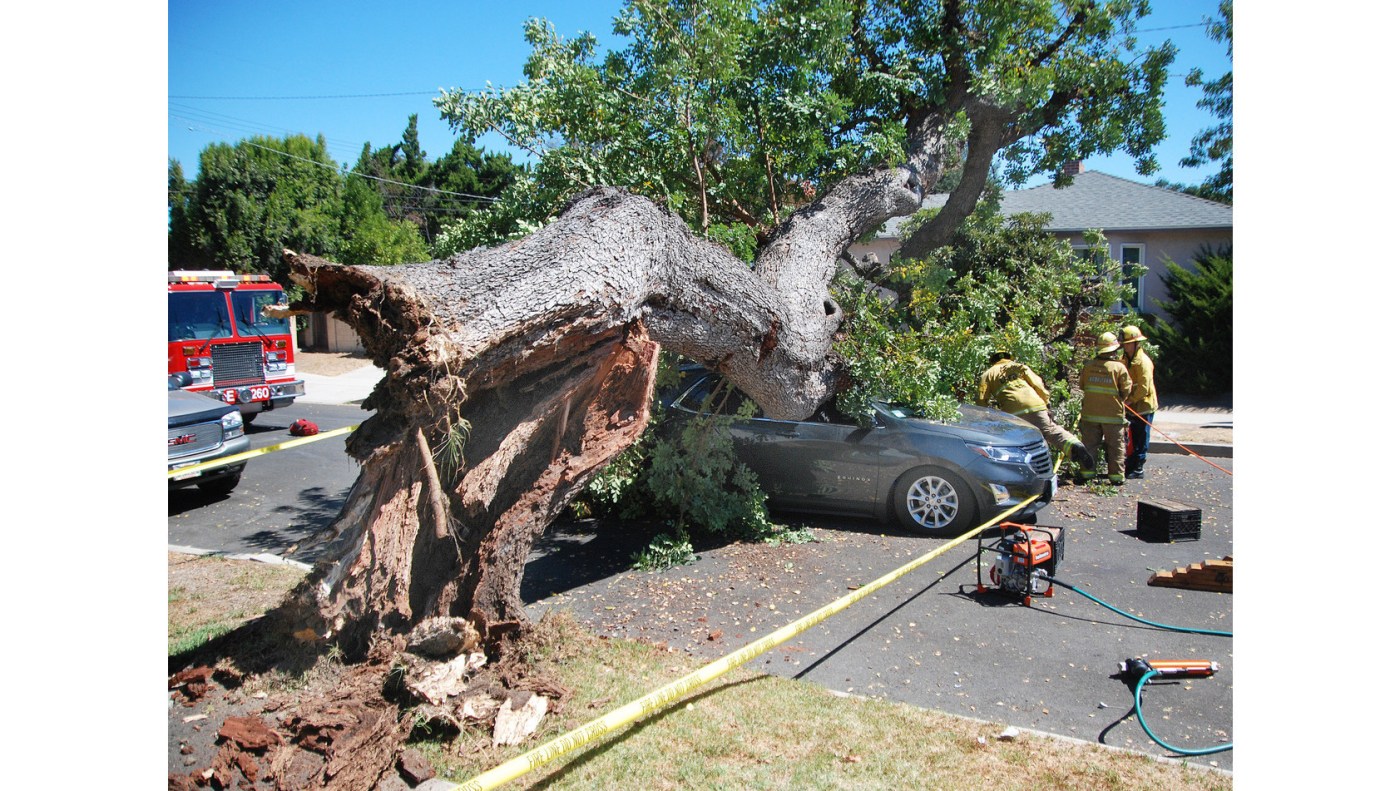 A woman and her dog crawled out of a sedan that was smashed by a huge tree that fell as they drove along a residential street in Valley Village, and she was taken to a hospital Sunday, Sept. 12.

The motorist was driving along Huston Street near Beck Avenue at about 11:40 a.m. when the tree apparently snapped near the base of its trunk, Los Angeles Police Lt. Dan Widman said. It landed directly on top of her vehicle as she was passing by.

“Witnesses said the driver crawled out of the car with her dog,” Widman said.

The tree appeared to have fallen onto of the front seats of gray Chevrolet Equinox with a crumpled roof, photos from the scene showed. It completely blocked Huston Street as it laid on top of the car.

The dog was not seriously hurt during the ordeal, Widman said. It was left in the care of a neighbor, who happens to be a medical professional at Cedars-Sinai.

The car did not strike the tree, and it was not immediately clear why it fell, Widman said. The tree remained in the street as of 2:30 p.m., but crews were working to remove it Sunday afternoon.

3 adults, 3 children injured in crash on 5 Freeway in Santa Clarita