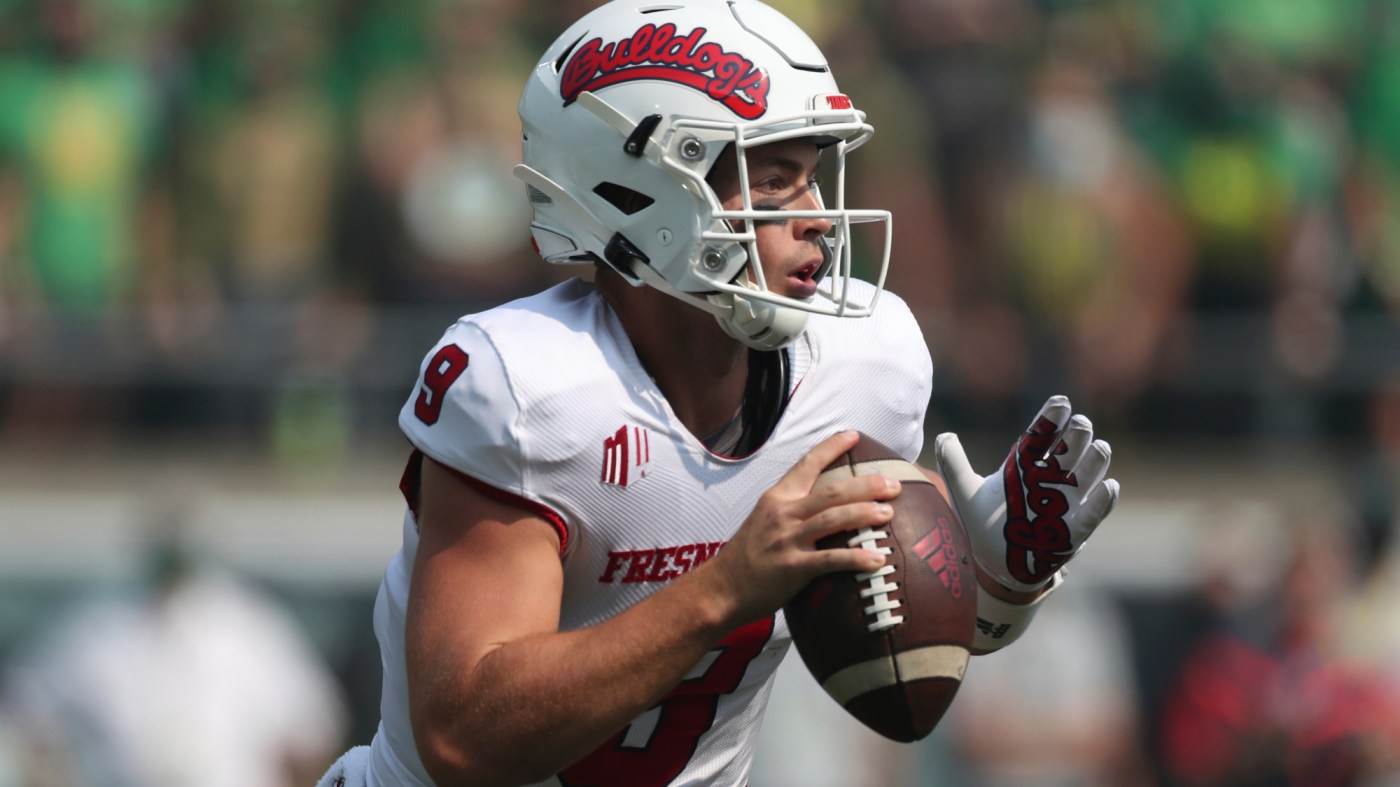 UCLA update: The Bruins had a week to recover and enjoy a signature win over LSU but now coach Chip Kelly will prepare his team for the Bulldogs at the Rose Bowl for the final nonconference game of the season. Kelly used the bye week as an opportunity for the Bruins to improve and clean up some Week 1 mistakes, ranging from penalties to communication issues to the snapping exchange between the center and quarterback.

Fresno State update: Quarterback Jake Haener and the Bulldogs are coming off a dominant 63-10 home victory over Cal Poly on Saturday. Haener completed 17 of 22 passes for 380 yards and four touchdowns, including a pair to Josh Kelly, who finished the night with three catches for 127 yards. The defense produced 10 tackles for a loss, three sacks, a forced fumble and an interception. Fresno State opened the season Aug. 28 with a 45-0 victory over UConn before coming up short 31-24 at Oregon.

UCLA football ranked No. 16 in AP poll after 2-0 start

Whicker: Bruins live up to Donahue’s standards, and set a few of their own