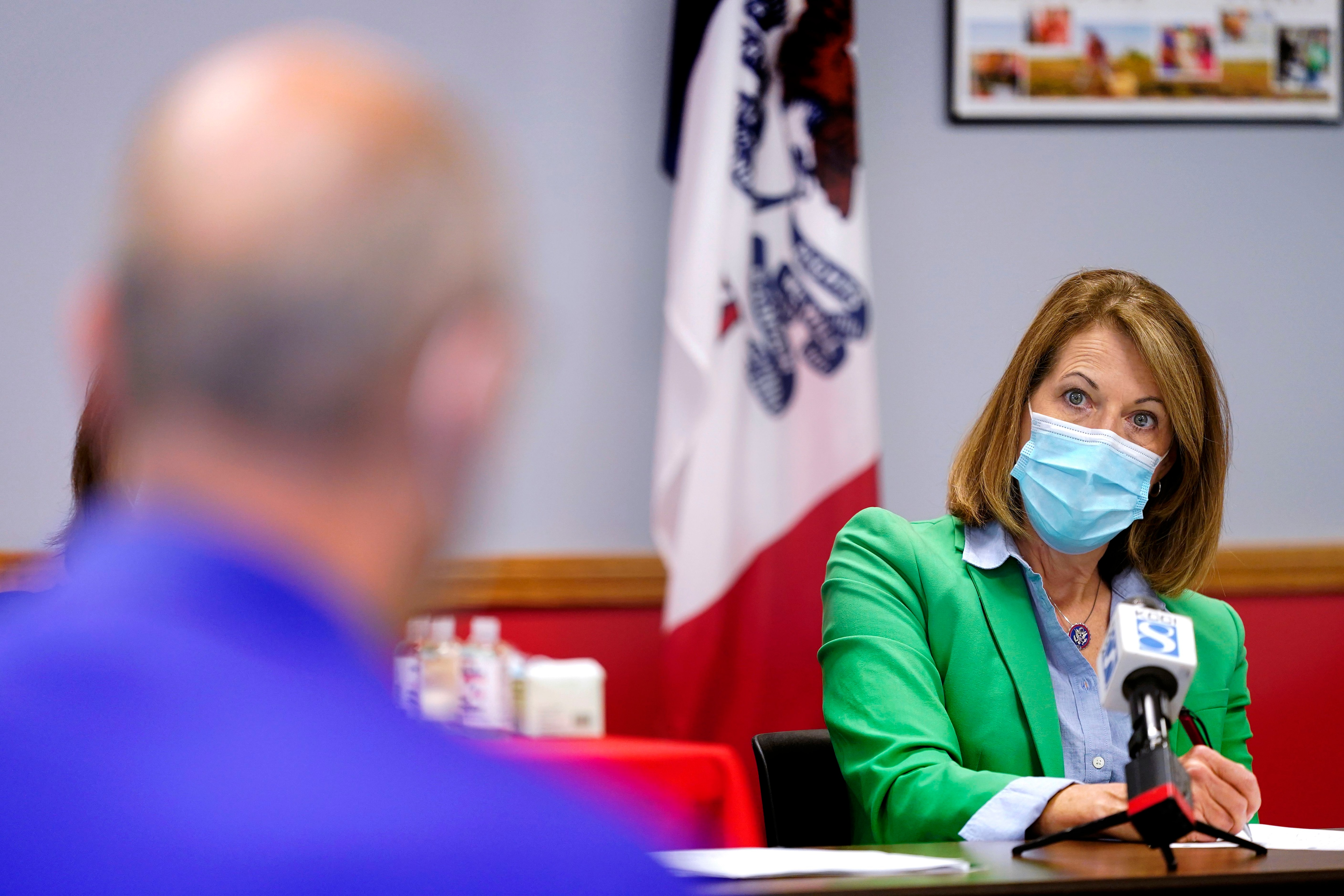 U.S. Rep. Cindy Axne of Iowa was slow to get behind a $1 trillion infrastructure bill after the Senate passed it last month. It wasn’t the price tag that tripped up the Democrat from a swing House district. It was that none of the money was targeted for a home state industry — ethanol and biodiesel.

Axne set out to fix that. In the weeks since, she won assurances from congressional leaders that a separate multitrillion-dollar budget blueprint would include money for the renewable fuels. She’s now on board.

Her biofuels bargain underscores the political strategy embedded in the negotiations over massive new federal spending.

While Democrats have set out to pass ambitious bills with historic expansions of the social safety net and long-sought new programs, that’s not how many politically vulnerable Democrats such as Axne are selling them at home. For them, Washington’s spending boom has become a chance to deliver the goods — and win headlines and perhaps bipartisan support in their districts.

“If she wants to get elected next time, this is her political bread and butter,” Ray Gaesser, a Republican farmer in Axne’s district and past candidate for Iowa secretary of agriculture, said about her work to secure money for biofuels. “For my part, I appreciate her approach.”

Rep. Angie Craig of Minnesota has taken a similar tack.

Craig, whose district includes vast tracts of farmland southeast of the Twin Cities, is promoting her role securing $2.5 billion for farmers and rural small businesses to convert to renewable energy sources and high efficiency equipment as a financial incentive to meet higher environmental standards.

She tweeted on Friday that she was “thrilled that this long-time priority of mine” would be “supporting family farmers and driving investment across rural America.”

In Virginia, Rep. Abigail Spanberger said she is chiefly focused on a measure to exempt her district’s small-scale farmers and foresters from an increase in the estate tax which President Joe Biden has proposed to help pay for the $3.5 trillion bill.

Though Spanberger’s constituents are concentrated in suburban Richmond, the district stretches north and south across the rolling, agricultural Piedmont and its many dairy, vegetable and cattle farms and private forestland.

The lawmakers’ efforts are aimed at assisting rural America, where Democrats have steadily lost votes over the past decade. The party is clear-eyed about needing to at least trim its losses in those areas, if they are to hold the congressional seats — and control of the House in 2022.

Democrats currently have a mere eight-seat majority. Republicans are targeting roughly 30 House seats where Democrats won by fewer than 10 percentage points. Axne, Spanberger and Craig each won by no more than 2 percentage points.

“There’s been a very deliberate effort to think about those provisions in ways that would be beneficial to rural communities,” said Democratic pollster Geoff Garin who is advising the party on the …read more