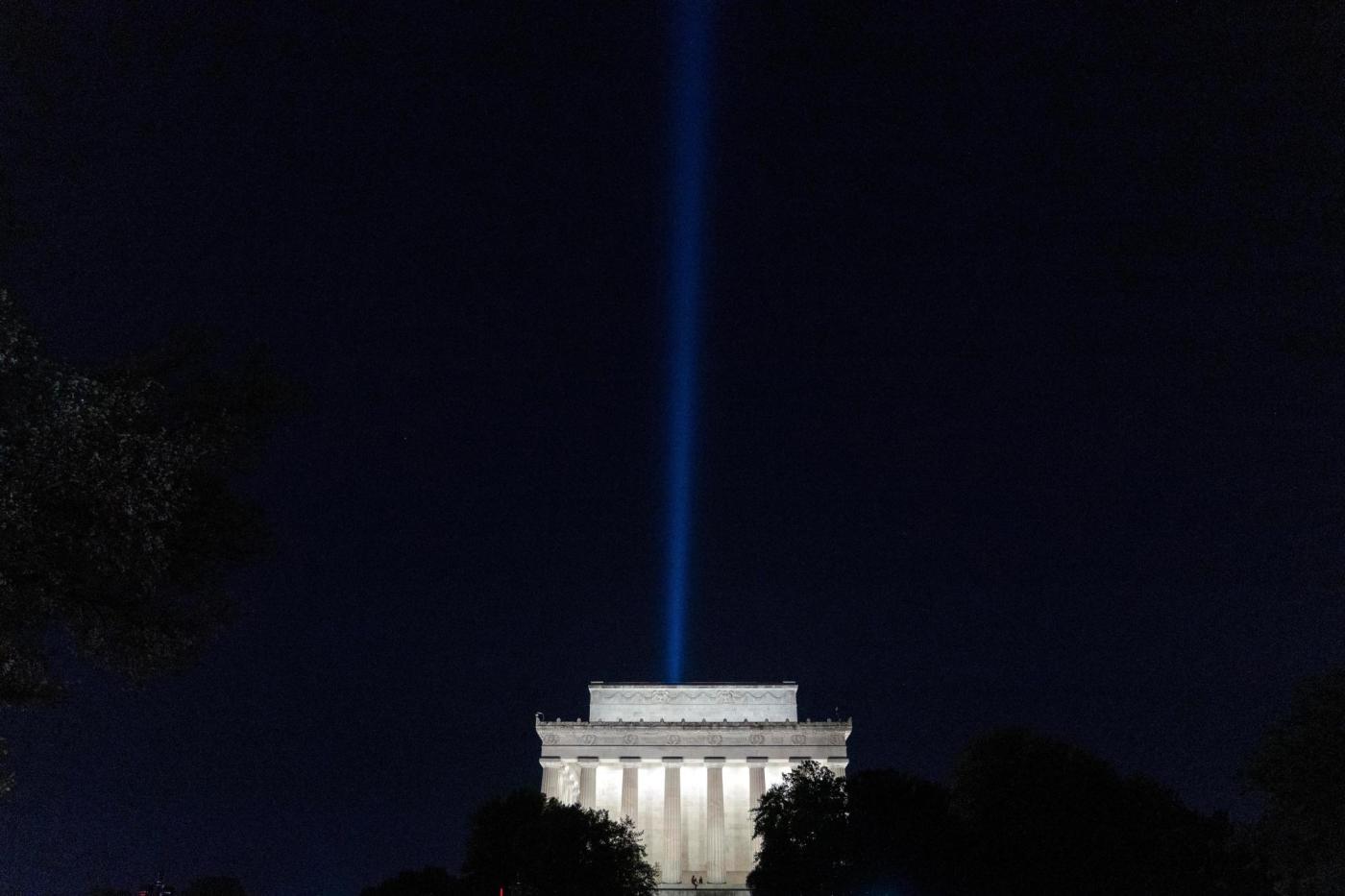 KABUL, Afghanistan — Afghanistan’s first 2001 post-Taliban president Hamid Karzai marked the 20th anniversary of the 9/11 attacks on America with a meeting of tribal elders at his high-walled compound in the Afghan capital where he has remained with his family since the August return of the Taliban to Kabul.

In a tweet, Karzai called for “peace and stability” and expressed the hope that the new caretaker Cabinet that included no women and no non-Taliban would become an “inclusive government that can be the real face of the whole Afghanistan.”

— Surviving 9/11 was ‘just the first piece of the journey’

— 9/11: As the decades pass, the act of remembering evolves

— From election to COVID, 9/11 conspiracies cast a long shadow

— Read these stories and more AP coverage of the Sept. 11 anniversary at: https://apnews.com/hub/9-11-a-world-changed.

WELLINGTON, New Zealand — New Zealand Prime Minister Jacinda Ardern said she was in the U.S. 20 years ago on Sept. 11 and it’s a day she’ll never forget.

“I still have the front pages of the newspapers from that time because it instantly felt like a moment from which everything would change,” she said. “I saw firsthand the shock and fear that goes hand in hand with terrorism.”

She said that after New Zealand experienced an attack at two mosques by a white supremacist gunman in 2019, which killed 51 and was livestreamed on Facebook, New Zealand had decided to play a leading role in combating online extremism.

EXPLAINER: Who's eligible for Pfizer booster shots in US?

She said New Zealand wanted to express unity with all the victims, families and loved ones affected by the Sept. 11 attacks.

The “Tribute in Light” public art installation first shone six months after the Sept. 11 attacks and has been repeated each anniversary since, with the twin columns reaching up to four miles into the sky from dusk to dawn.

The beams are comprised of 88 xenon light bulbs, each 7,000 watts, positioned into two 48-foot squares on the roof of a parking garage south of the 9/11 Memorial. They can be viewed from a 60-mile radius.

The 9/11 Memorial and Museum presents the display to honor those who were killed and celebrate the spirit of the city.

For the 20th anniversary, buildings throughout New York also planned to light up their facades and rooftops in blue.

WASHINGTON — President Joe Biden is ending his day of remembrance by paying his respects at the National Pentagon 9/11 Memorial.

Biden and wife Jill took a moment of silence before a wreath studded with white, purple and red flowers on display in front of the …read more