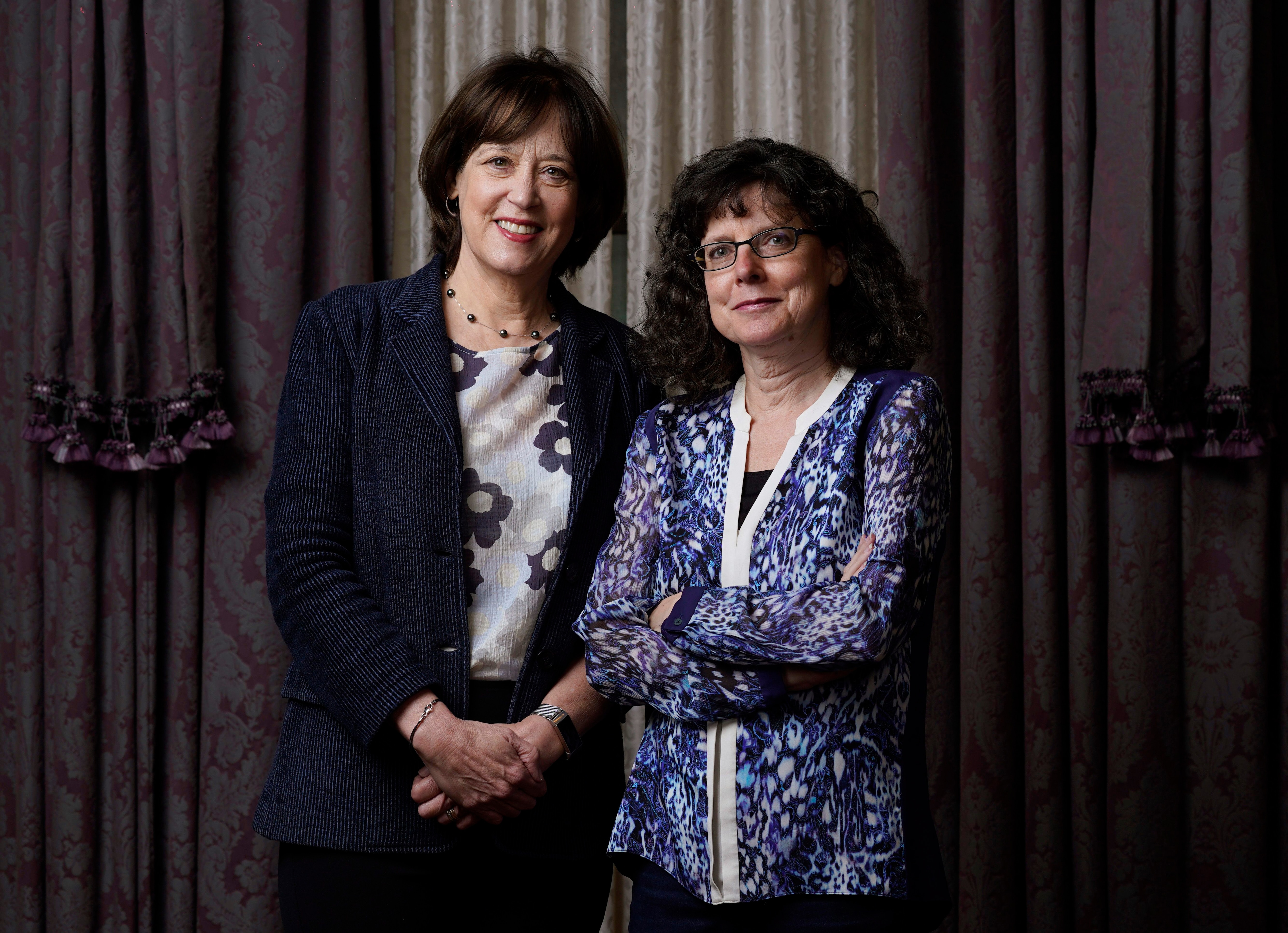 The label “date movie” hasn’t traditionally been applied much to documentaries but filmmakers Betsy West and Julie Cohen have twice now made non-fiction films of trailblazing female icons that also happen to be portraits of loving, supportive marriages.

In “RBG,” the 2018 Oscar-nominated bio-documentary of Ruth Bader Ginsburg, the filmmakers lingered over the encouraging role of her longtime husband, the lawyer Martin D. Ginsburg. Their latest, “Julia,” which premiered Sunday at the Toronto International Film Festival, is likewise about a pioneering 20th century woman, the adventurous TV chef Julia Child, whose ascent was tenderly and enthusiastically advocated for by her husband, Paul Child. He even wrote a sonnet for her.

Whose flavor equals yours for sheer delight.

You satisfy my taste buds beyond measure.”

“Feminist love stories are our genre,” Cohen says in an interview alongside West. “‘RBG’ was a great date movie. ‘Julia’ is a slightly more expensive date movie because it really needs to be the movie and then a good dinner.”

“Julia,” which Sony Pictures Classics will release in theaters Nov. 5, is an affectionate and flavorful tribute to a beloved culinary figure. The film surveys a life that found fame relatively late. Child was nearly 50 by the time her debut cookbook “Mastering the Art of French Cooking” was released in 1961. Her career on TV, beginning with an omelet on Boston’s WGBH, came the year after. There and beyond, Child was a charismatic, 6-foot-2-inch exception to a male-dominated cooking world and a carefree antidote to the force-fed image of the TV-dinner cooking ‘50s housewife.

Lithuanian agency warns against use of Chinese-made phones

“Julia” is only set partly among the pots and pans (and heaps of butter) that made Child famous. (The filmmakers even built a replica of her kitchen to make and photograph some of her best-known dishes.) But the heart of “Julia” may lie outside the kitchen in capturing her larger life and passions. Over time, she spoke more openly about her political beliefs. She became a champion for Planned Parenthood.

Child wrote a letter in 1982 that was sent to Planned Parenthood donors. It read: “Few politicians will take the risk of publicly supporting either contraception or abortion — and who is ‘for abortion’ anyway? We are concerned with freedom of choice.”

“What Julia did at the time was pretty risky. This was not a time when celebrities or celebrity chefs were going out of their way to take positions that were controversial,” says West. “Julia was very confident in her beliefs and determined to bring her celebrity to something she truly believed in.”

For West and Cohen, “Julia” is only part of their output following “RBG,” a blockbuster documentary that collected …read more

Leaders at Moderna and AstraZeneca, are offering new, rosy predictions about the pandemic’s end