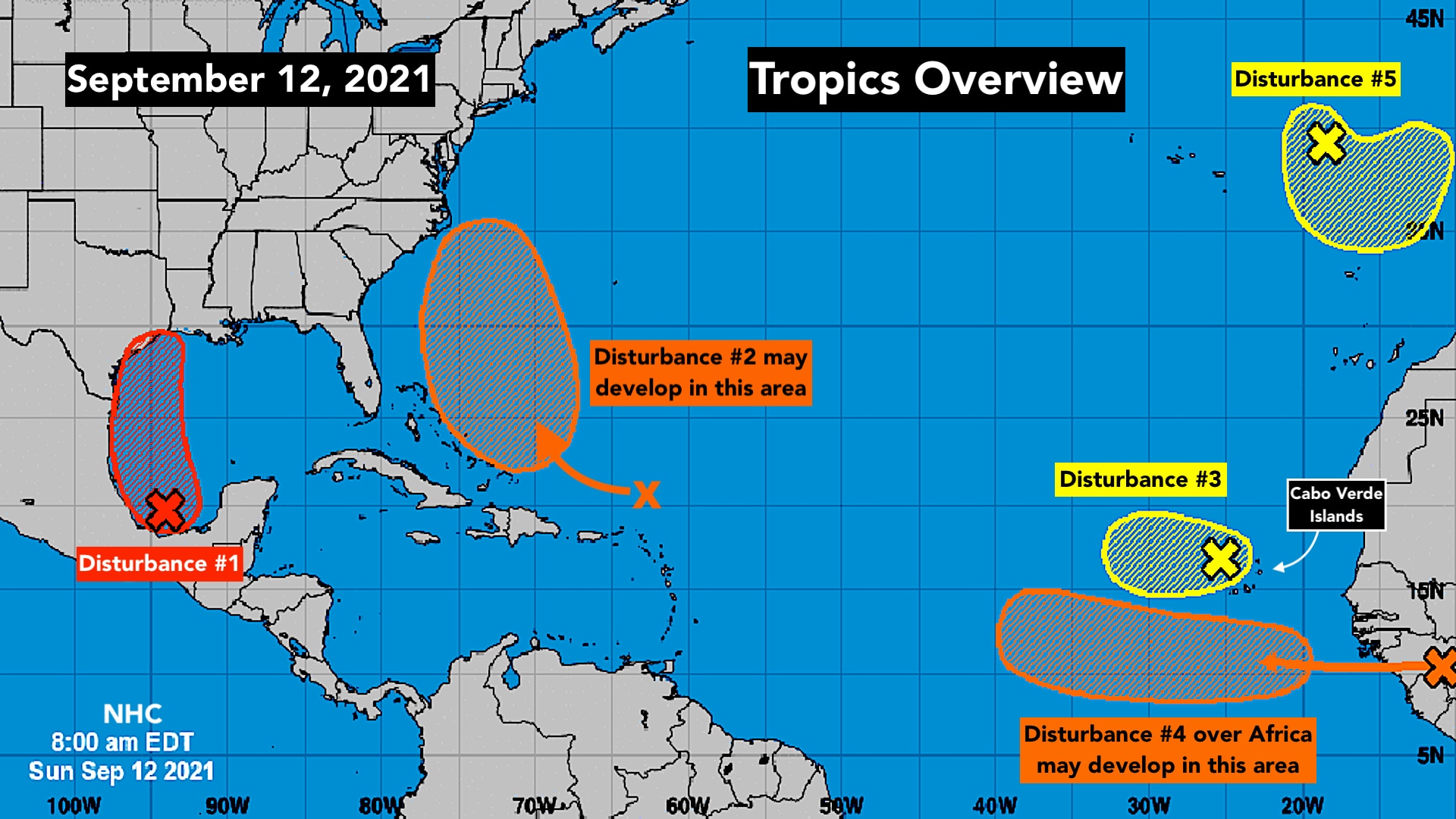 Tropical Disturbance #1 is trying to consolidate in the extreme southern Gulf of Mexico. The upper-level winds blowing over it are somewhat hostile, which is slowing the development. But later today and tomorrow, as the system lifts slowly to the north, the environment is forecast to become a bit more conducive for development.

The strong flow aloft is currently spreading the moisture over much of the Gulf, but over the next couple days, the flow direction is forecast to change so the rich tropical moisture spreads north into Texas and Louisiana.

The consensus of the computer forecast models is that the system will have a window of time to develop into a tropical storm tomorrow and Tuesday as it tracks along or just offshore of the Mexican and Texas coastlines. If it stays over water, a slowly intensifying storm will be moving north toward southeast Texas or southwest Louisiana late tomorrow.

If, however, the system comes ashore in Mexico, it will never have a chance to strengthen very much, and the main impact will be the strong surge of tropical moisture moving toward the northern Gulf coast.

If the disturbance does develop into a tropical storm, the atmospheric pattern would not seem to support a super-strong storm.

No matter what happens with the circulation, very heavy rainfall with potential flooding is likely from the Houston area east across the Hurricane Ida disaster zone. Unfortunately, the heavy-rain threat will last a few days.

Everybody near the Texas and Louisiana coasts should stay informed about developments with the system. As always, early forecasts for weak or developing systems are subject to large changes.

If this system acquires winds of 40 mph or higher, it will be named Tropical Storm Nicholas or Odette, depending on what happens with the disturbances below.

In the Atlantic, Tropical Disturbance #2 is mixed up with an upper-level low, so it’s just a smear of clouds and tropical downpours northeast of Puerto Rico. The upper-level low, with its own associated thunderstorms, will slowly evolve into a less hostile system, which might allow the disturbance to develop into at least a tropical depression east of the Bahamas or off the Southeast coast.

Atmospheric conditions are forecast to be only marginally conducive, but the water is very warm. It appears the system would track in the general direction of the Carolinas and the East Coast if it is able to organize. This would be toward the end of the week.

Tropical Disturbance #3 is trying to organize near the Cabo Verde Islands on the other side of the Atlantic. It will be plowing into lots of dry air, so its window to develop appears very short, and development now appears less likely. Beyond the Cabo Verde Islands, it is not expected to affect land.

Disturbance #4 is still over Africa but will emerge over the Atlantic tomorrow or Monday. The National Hurricane Center is giving it a decent chance to develop in the area shown south of the Cabo Verde Islands. The computer forecast models have been inconsistent …read more