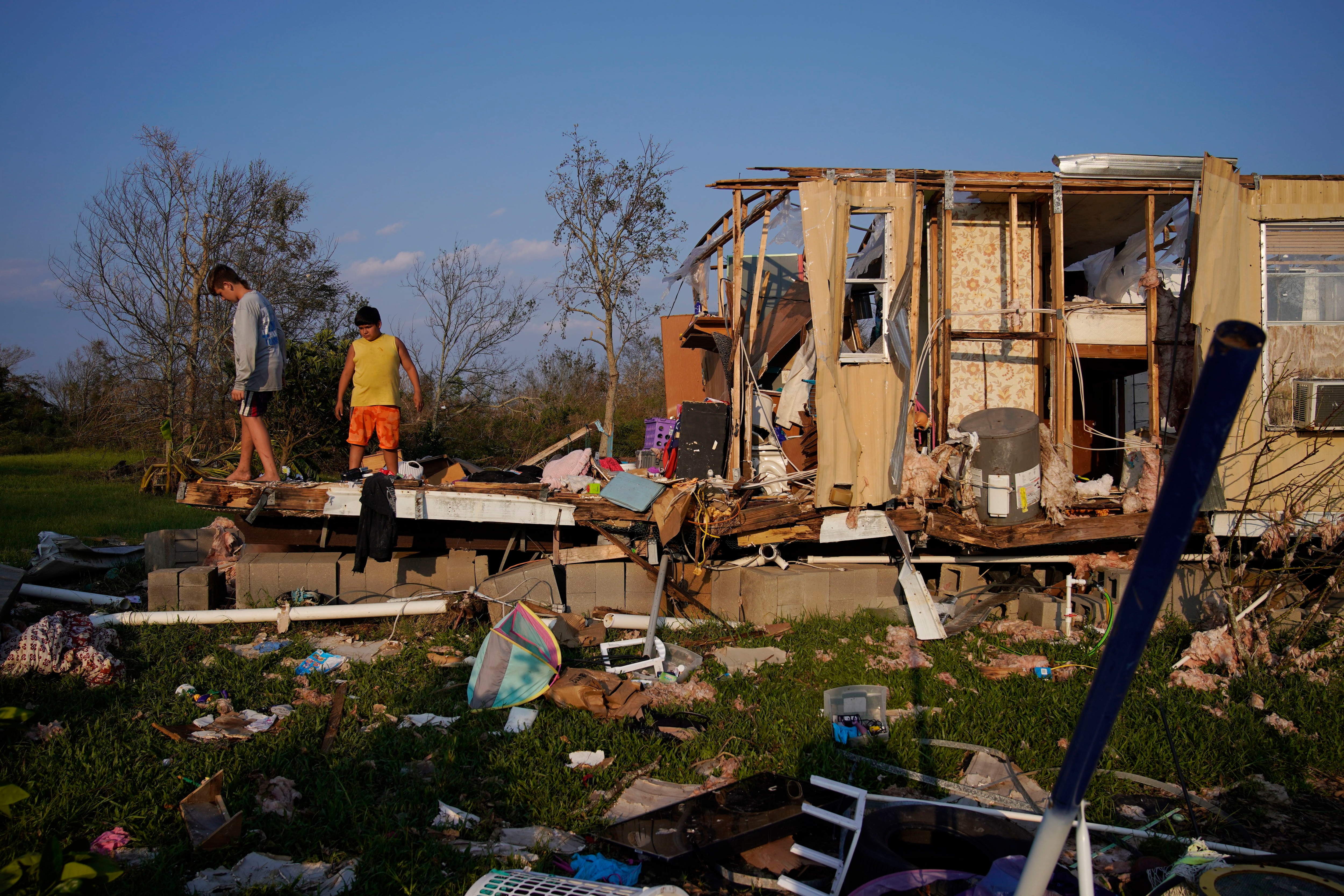 Tara Williams’ three little boys run shirtless, because most of their clothes were swept away, and they stack milk crates beneath a blazing sun because their toys are all gone too. Their apartment is barely more than a door dangling from a frame, the roof obliterated, most everything in it lost.

A Ford Fusion is the family’s home now, and as if Hurricane Ida didn’t take enough, it has also put the boys’ education on hold.

“They’re ready to get inside, go to school, get some air conditioning,” said 32-year-old Williams, who has twin 5-year-olds and a 7-year-old and is more pessimistic than officials about when they might be back in class. “The way it’s looking like now, it’s going to be next August.”

After a year and a half of pandemic disruptions that drove children from schools and pulled down test scores, at least 169,000 Louisiana children are out of class again, their studies derailed by the storm. The hurricane followed a rocky reopening in August that led to more COVID-19 infections and classroom closures, and now it will be weeks before some students go back again.

“How concerned am I? If you pick up a thesaurus, whatever’s the word for ‘most concerned,’” said Jarod Martin, superintendent of schools in the hard-hit Lafourche Parish, southwest of New Orleans. “We were brimming with optimism and confident that we were going to defeat COVID, confident we were on a better path. And now we’ve got another setback.”

Williams was working at McDonald’s until COVID-19 cutbacks claimed her job. The family rode out the storm in their apartment as it disintegrated around them, then drove to Florida, where they found a hotel room, which they could afford for only a few days.

How retail companies are reducing friction in online and offline transactions

The streets around them are dotted with gutted trailers, peeled roofs and mounds of debris, and every mention of the Federal Emergency Management Agency seems to be preceded by a colorfully profane adjective. School would be nice for the boys, Williams says, but right now, they don’t even have a home.

A couple of miles away, at the boys’ school, Luling Elementary, crews are cleaning up fallen trees, and piping from giant dehumidifiers snakes through windows. Shantele Slade, a 42-year-old youth pastor, is among those at work, but her own children an hour away in Amite are on her mind. The pandemic had already taken its toll on her 14-year-old son, who had to go to summer school because he’d fallen behind while learning virtually. Now she’s worried that he will have trouble keeping up with algebra after so many days of absence.

“The last two years have already been so hard on them,” she said.

Some children arrived back in class last month for the first time since the shutdowns began. The return did not go smoothly, with nearly 7,000 infections of students and teachers reported in the opening weeks, a fact that led to quarantines, more shutdowns and more disruptions.