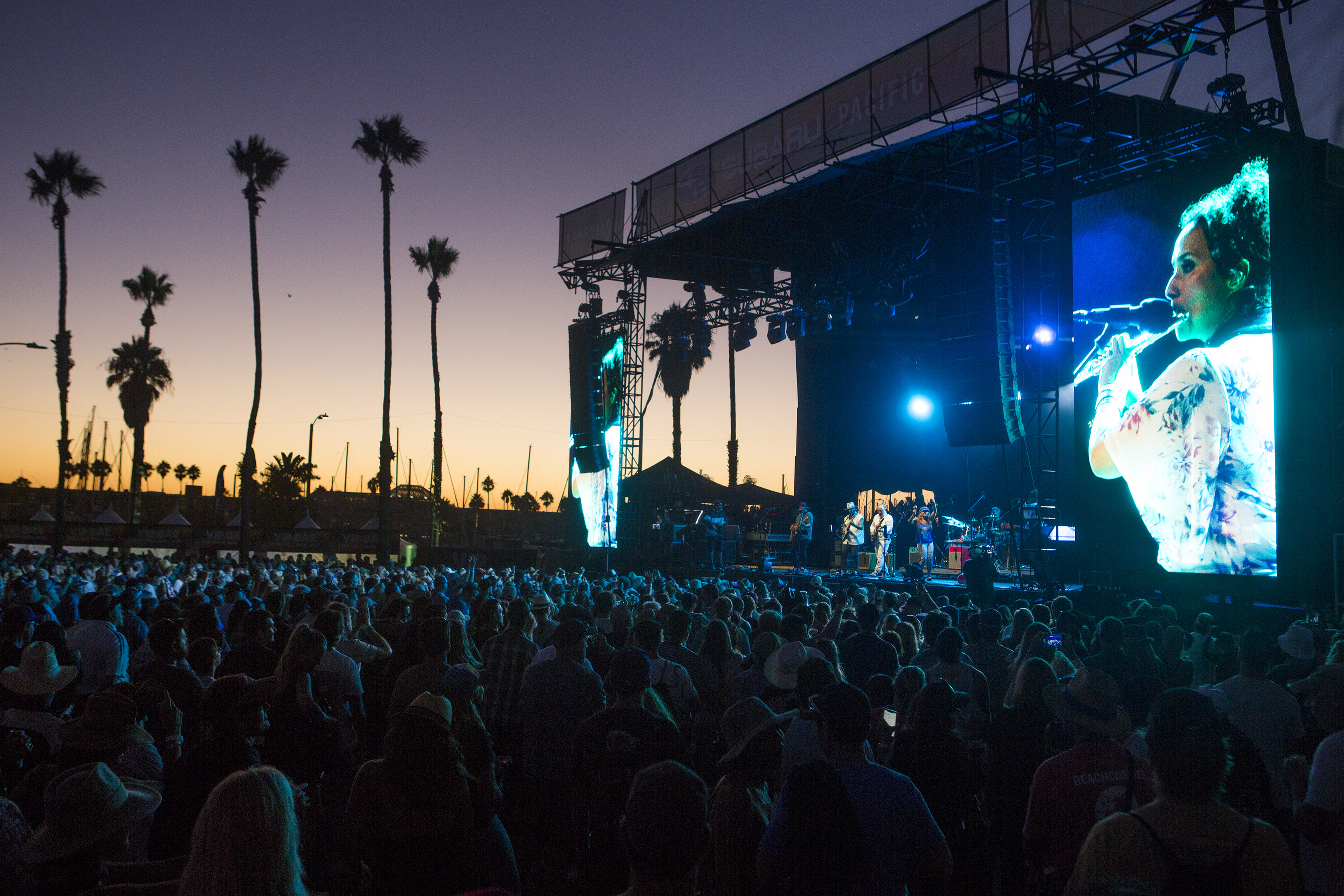 The South Bay waited for this past weekend for more than a year.

The BeachLife Festival was more than a weekend of music. It was  weekend of returning to somewhat normal during the ongoing pandemic. It was a weekend when people could dig their toes in the sand, dance, hang out with friends and remember the heyday of their favorite bands.

After being canceled in 2020 due to the coronavirus pandemic, BeachLife returned for its sophomore year at Redondo Beach’s Seaside Lagoon Friday-Sunday with dozens of acts, including Los Angeles’ Jane’s Addiction,  Cage the Elephant, Counting Crows and Ziggy Marley and Stephen Marley, the latter of whom performed the songs of their late father Bob Marley to close out the festival Sunday night.

Sign up for our Festival Pass newsletter. Whether you are a Coachella lifer or prefer to watch from afar, get weekly dispatches during the Southern California music festival season. Subscribe here.

Here’s what we’ll remember from the second edition of the BeachLife festival:

The coronavirus pandemic is ongoing, but for better or for worse at the BeachLife Festival it seemed as if there never was a deadly virus floating in the air. Proof of vaccination or a negative coronavirus test was required for entry to the festival, which was under the threshold of 10,000 people and didn’t require masks under L.A. County guidelines. The result was very few masked people in sight, with the clear majority of the crowd sporting big smiles rather than virus blocking coverings. They stood shoulder to shoulder in front of stages, mingled closely and chatted it up at bars and lined up right next to each other at food booths. There were even several handshakes rather than fist-bumps spotted throughout the weekend.

BeachLife isn’t the festival to go to discover the next big thing, it’s the festival to remember how great your music was and how you used to love to dance. There were plenty of nostalgic danceable moments thanks to bands such as the English Beat on Saturday playing hits including “Save it for Later” and “Mirror in the Bathroom.” And while “Tenderness” is technically a General Public song, it was the crowd favorite that turned the sand in front of the Lowtide stage into a beach disco. Men at Work then picked up the dance torch later in the day as they saved their biggest hits like “Who can it be now?” for the final part of their set, and yes, whether people had rhythm or not, the older crowd was getting down just like they used to back in the day.

Men at Work perform during the BeachLife music festival as the sun sets in Redondo Beach on Saturday, September 11, 2021. (Photo by Drew A. Kelley, Contributing Photographer)

Maire-Rose Pike dances during a performance by Cam on the second day of the three day music festival, BeachLife in Redondo Beach on Saturday, September 11, 2021. (Photo by Drew …read more