In the GOP, voter ID is a slam dunk … except in Nebraska 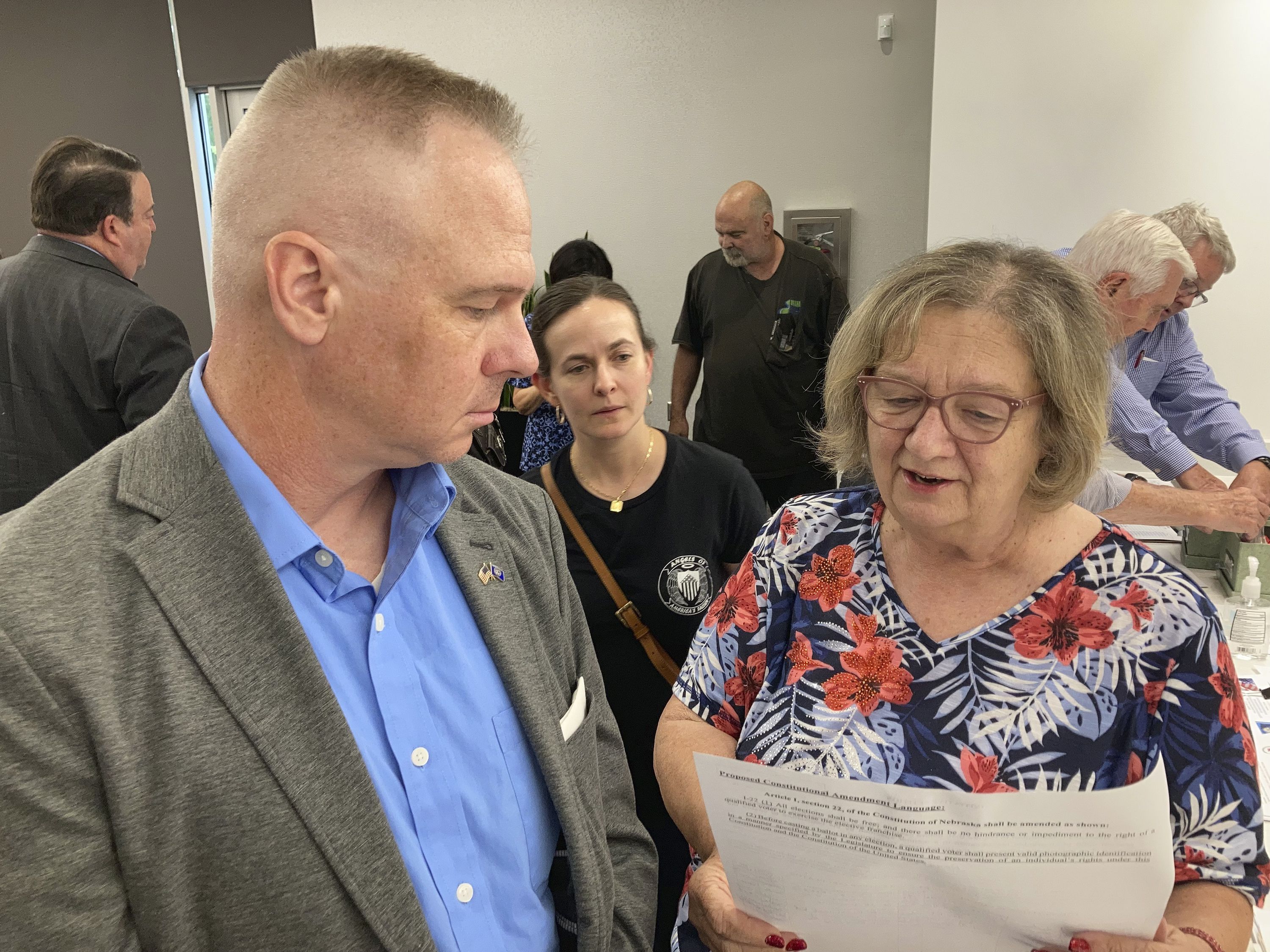 State Sen. Mike Groene was frustrated but not terribly surprised last year when Nebraska’s legislature rejected, for the seventh time, a measure that would have forced voters to show a government-issued identification at the polls.

The issue is a slam dunk in most conservative states, where Republican majorities simply brush aside Democratic objections to pass more restrictive voting laws. But not in Nebraska, a GOP stronghold whose quirky, nonpartisan Legislature enables more liberal lawmakers to derail bills that are widely supported in a state where Republicans hold every statewide and federal office.

“It’s the way the system is set up,” said Groene, a conservative Republican who supports a voter ID law. “It isn’t designed to address major issues that most of the state wants.”

Now, a campaign bankrolled by the conservative governor’s mother is aiming to end Nebraska’s distinction as the only GOP state without a voter-ID law. The group Citizens for Voter ID is gathering the roughly 125,000 signatures needed to put the issue on the 2022 general election ballot, and even opponents acknowledge the measure probably will pass.

The effort is the latest reflection of a polarized political climate that no longer tolerates much variation from the prevailing partisan agenda, regardless of local tradition or circumstances. Although Nebraska’s unique nonpartisan, one-chamber legislative system is unlikely to change because it’s part of the state constitution, politicians are increasingly willing to work around it.

“I thought it was time to take it to the people,” said state Sen. Julie Slama, the petition drive’s sponsor.

Slama acknowledged that Nebraska has no history of voter fraud, but she said constituents in her rural, conservative district wonder why the state doesn’t have a measure that’s Republican orthodoxy elsewhere.

Gen. Mark Milley was 'one of the happiest people' at Biden's inauguration because it meant Trump was out of office, book says

“It makes us look bad,” said Doug Kagan, president of the conservative Nebraska Taxpayers for Freedom, which has pushed for voter ID laws. “Every year, there are more states that pass some kind of voter ID law. It’s kind of an anomaly that we haven’t passed one.”

The campaign has already raised $377,000, with all but $1,000 of that coming from Marlene Ricketts, the mother of GOP Gov. Pete Ricketts and the wife of Joe Ricketts, a billionaire conservative activist.

Opponents argue that the goal of voter ID isn’t to ensure secure elections but to discourage voting by minorities and others who tend to vote for Democratic candidates. But they acknowledge that Nebraska is likely to remain solidly Republican with or without voter ID. Nebraska is 88% white and backed Donald Trump in the 2020 general election by 19 percentage points over Democrat Joe Biden.

Nevertheless, following the party line here probably won’t evebe easy. Since 1937, Nebraska’s legislature, unlike all other states, has been comprised of one chamber and lawmakers have been officially nonpartisan, though party affiliations are widely known. There are no formal caucus meetings where party leaders tell members how to vote; Democrats are sometimes chosen to head committees despite holding only 17 of the 49 seats.