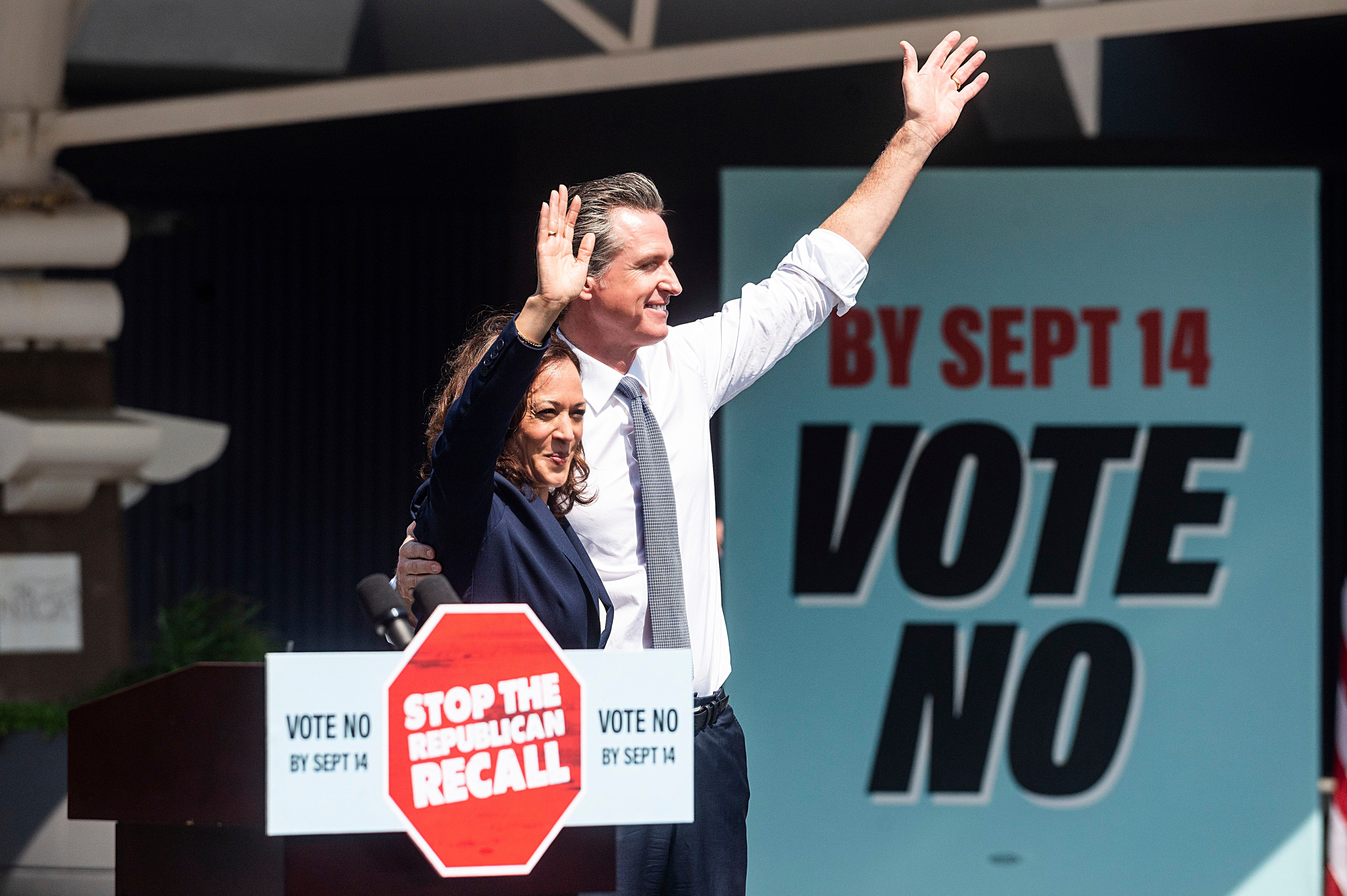 In the closing days of the recall effort that could remove Democratic Gov. Gavin Newsom, his campaign has found a familiar foil that’s as big as Texas. In fact, it is Texas.

New Texas laws banning most abortions and restricting ways to vote are highlighted by Newsom and other Democrats as evidence of what a Republican governor could do in California should voters remove Newsom a year before his first term ends.

Newsom also says his GOP opponents will follow the lead of Texas, Florida and some other Republican-led states by rolling back mask and vaccine requirements. He has framed the issue “a matter of life and death” for Californians.

The last day to vote in the recall is Tuesday and Democrats are using stronger rhetoric to drive their voters to the polls. There are nearly two times as many registered Democrats as Republicans in the state, meaning a strong turnout should enhance Newsom’s chances of surviving.

More than 7 million of California’s 22 million voters already have cast ballots and Democrats so far have made a strong showing. Meantime, recent polls show the recall failing by double digits.

If those polls are wrong and a majority choose to remove Newsom, it’s almost certain a Republican would take the governorship since no Democrat with significant political standing is among the 46 replacement candidates. The leader in that field is talk radio host Larry Elder, a conservative Republican who opposes abortion and is seeking to become the state’s first Black governor.

California and Texas are the nation’s two most populous states and political opposites. California and its nearly 40 million residents are governed by Democrats who champion progressive policies on health care, worker’s rights and immigration. Texas, home to about 30 million people, is led by Republicans who have been on the forefront of conservative efforts on the same topics.

The man behind 'Can you pet the dog?' would love to write a book, but he'd settle for just being able to pay rent

The new Texas abortion law prohibits the procedure once medical professionals can detect cardiac activity in a fetus. It took effect Sept. 1 after the U.S. Supreme Court declined to block it.

“The whole idea that a constitutional right, the right to choice, the right to reproductive freedom, rights of women, now are under assault — what a remarkable moment it is in American history,” Newsom said while campaigning Wednesday.

He cast Elder as “someone that celebrates what just happened to women in Texas, and is celebrating the prospect of overturning Roe v. Wade,” the court case that established nationwide abortion rights.

Vice President Kamala Harris and Massachusetts Sen. Elizabeth Warren are among national Democrats who have reinforced Newsom’s message that the California race is central to the fight over the nation’s values.

“Governors matter,” Warren said at a rally with Newsom last weekend after discussing the Texas law. “We can look away while they take women’s rights … or we can fight back.”

Leaders in California and Texas have a history of using each other’s state as a political tool. In 2013, then-Texas Gov. Rick Perry cut a radio ad …read more