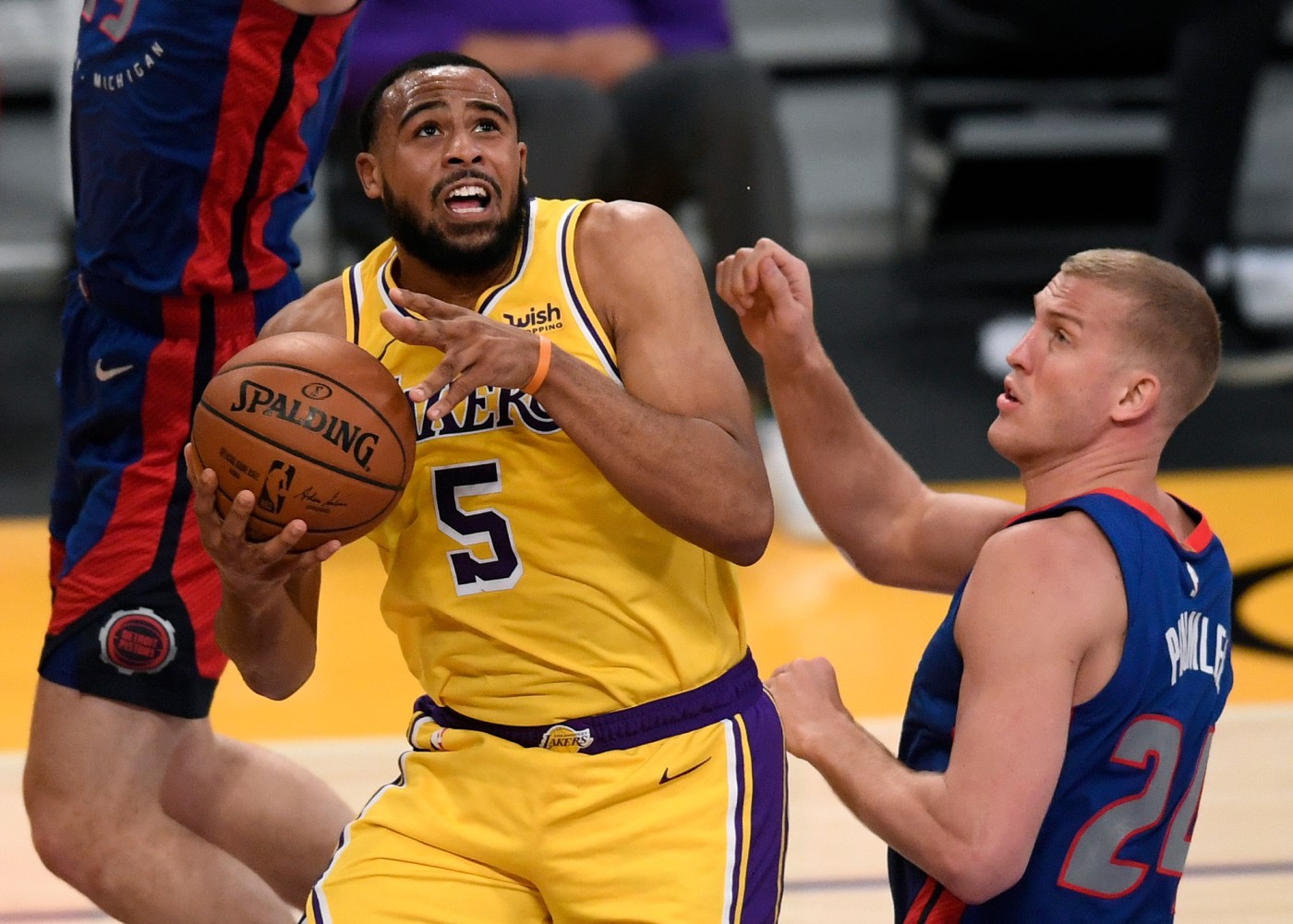 The Lakers will have the inside track to retain Talen Horton-Tucker, a 20-year-old bright spot at shooting guard, when free agency opens next month.

As expected, the team extended a qualifying offer to the 6-foot-4 Horton-Tucker, making him a restricted free agent. The Lakers will have the right to match any offer Horton-Tucker receives this summer, if they don’t come to an extension agreement with the Chicago native first.

Horton-Tucker averaged 9 points and 2.8 assists in his second season, shooting 45.8% from the field, 77.5% from the free-throw line but only 28.2% from 3-point range while breaking into the guard rotation just a year removed from being the No. 46 overall pick out of Iowa State in 2019. He’s the youngest member of last year’s roster, and while he developed a reputation as a dynamic driver to the basket, he might be best known as the sticking point in a potential deal the Lakers didn’t make at the trade deadline: The team reportedly opted to keep Horton-Tucker during trade talks for Toronto’s All-Star point guard Kyle Lowry.

The Lakers have many of their guards in the free agency mix, notably starting point guard Dennis Schröder, Alex Caruso and Wesley Matthews. While Horton-Tucker has exceeded expectations as a second-round draft pick, the Lakers could face a high cost to retain him if he receives an offer sheet from other teams this summer.

The Bucks’ NBA title has implications for Lakers

Horton-Tucker has drawn praise from the foundational players on the roster, including LeBron James and Anthony Davis, and is represented by their agency Klutch Sports. Horton-Tucker has expressed interest in returning, saying he hoped to be back for a third season with the Lakers with a more consistent shot and a better handle on defense. He was squeezed in the playoff rotation, logging just 48 minutes in the four games he played. He impressed with regular-season minutes, including a game-winning basket against the New York Knicks in the last week of the season.

General Manager Rob Pelinka said in June that the Lakers hoped to retain Caruso and Horton-Tucker this summer, in part because of how proud they are of their player development.

“Of course with players like Talen Horton-Tucker and Alex Caruso and Kyle Kuzma, the players that you draft or bring into your two-way system and groom and develop, there’s a level of pride in that in …read more

Warren Buffett has compared investing to Olympic diving, sprinting, and the high jump. Here are his 7 best quotes about the Games.