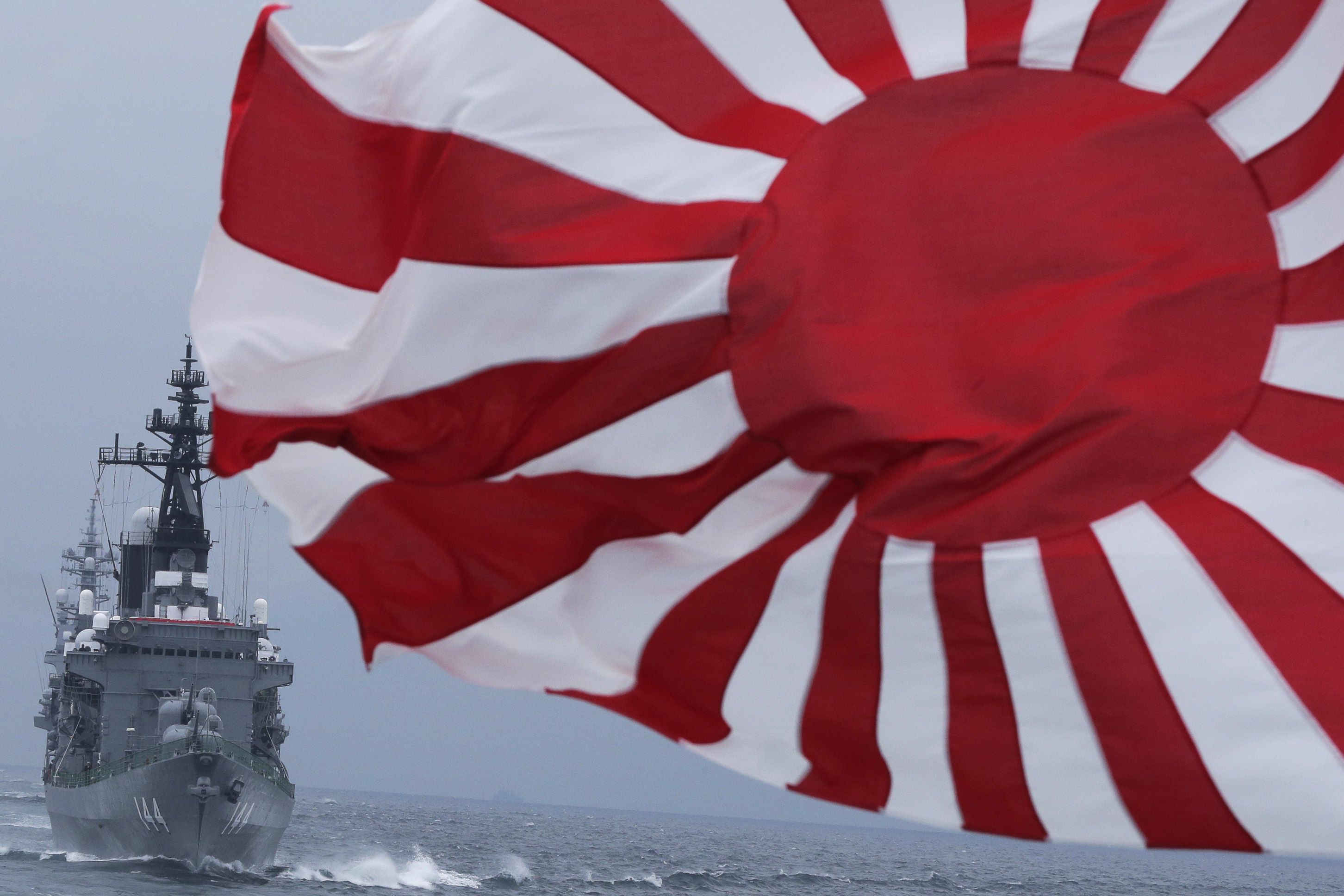 Japan considers the “rising sun” flag part of its history. But some in the Koreas, China and other Asian countries say the flag is a reminder of Japan’s wartime atrocities, and is comparable to the Nazi swastika.

That’s why the flag has created anger at the Olympics, with some of the host nation’s neighbors calling for it to be banned during the Tokyo Games, which start Friday.

There’s little prospect that ties between Seoul and Tokyo will improve any time soon. But the flag dispute may ease. Some experts say the COVID-19 restrictions that have banned spectators at most Olympic venues stadiums may prevent the disagreement from growing.

Here’s a look at the “rising sun” flag and the long-running unease it has caused in Northeast Asia.

There are two rising sun flags associated with Japan, whose very name in Japanese means “the sun’s origin.”

One is the country’s national flag, called “nisshoki,” or “hinomaru,” which has a red disc on a white background. Few have a problem with this.

The other one also has a red disc, but it is surrounded by 16 rays that extend outward. Called “kyokujitsuki,” this one has led to vehement protests from some of Japan’s neighbors.

Both flags have been used for centuries. But disputes about the “rising sun” flag date back to the early part of the 20th century. That’s when Japan’s imperial navy used it as its official flag as the nation colonized the Korean Peninsula and invaded or occupied China and other Asian countries until its World War II defeat in 1945.

It’s still Japan’s navy flag, used by the Maritime Self-Defense Force and, in a slightly modified version, by the Ground-Self Defense Force since 1954.

These days, ultra-rightists in Japan often use the flag during rallies or on social media.

Japan’s government emphasizes that both rising sun flags use the sun as a motif and were used across the country even before the wartime period. Even today, the rising sun with rays flag motif is used in everyday life in Japan, such as to celebrate a big catch by fishermen, childbirth and other festivities, the government says.

“An argument that it is a political statement or a symbol of militarism is completely irrelevant. I believe there is a big misunderstanding,” now-Japanese Prime Minister Yoshihide Suga said in 2013, when he served as chief cabinet secretary.

In 2019, South Korea formally requested that the International Olympic Committee ban the flag at the Tokyo Olympics. Seoul said that the flag recalls the “scars and pain” of Asian people who experienced Japan’s wartime military aggression, similar to how the swastika “reminds Europeans of the nightmare of World War II.”

North Korea’s state media, not known for understatement, have accused Japan of trying to turn “the flag of war criminals” into a symbol of peace at the Olympics, saying that is “an intolerable insult to our people and other Asian people.”

China is also highly sensitive to perceived slights from the Japanese government, individuals and companies. However, official outrage over history has diminished …read more

Europe on vacation, but vaccinations not taking a break