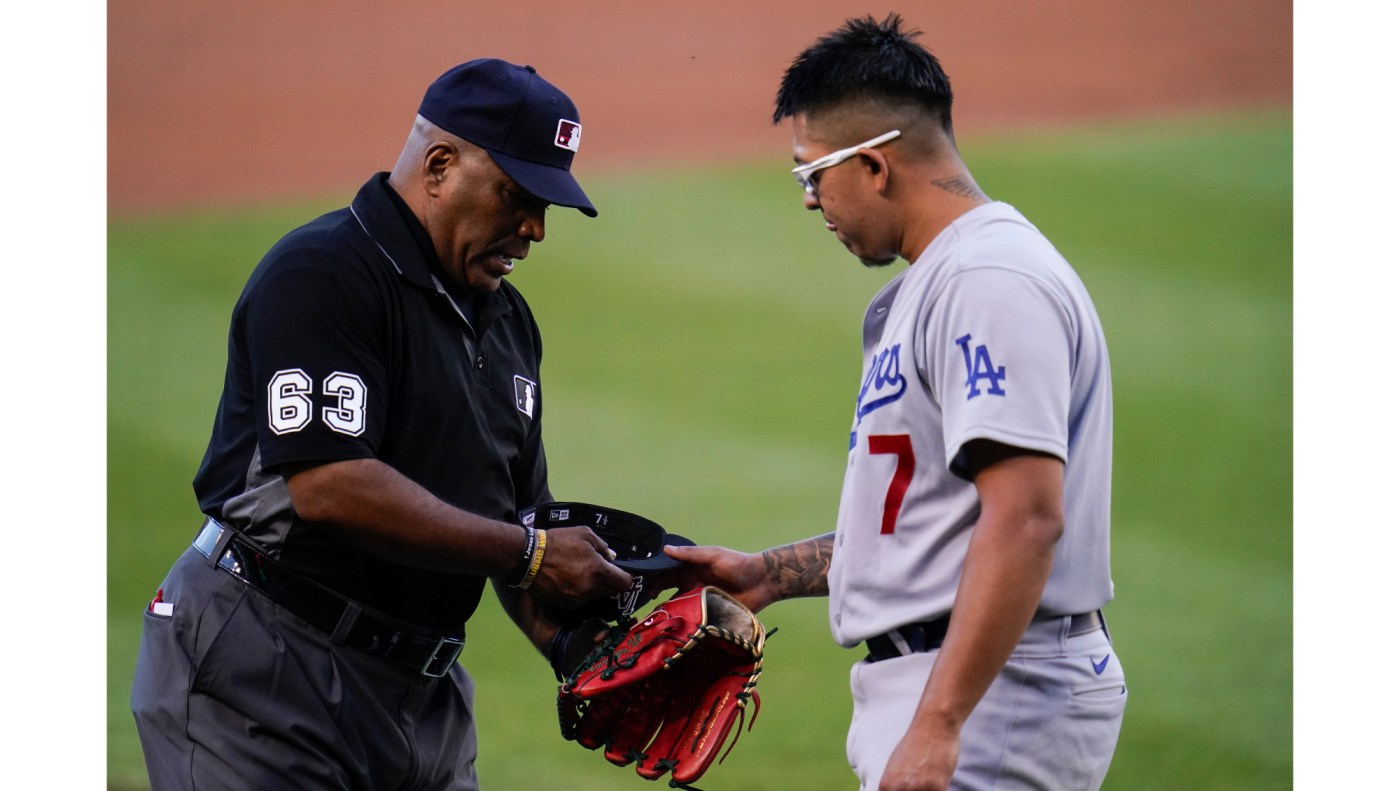 If you’ve watched any amount of baseball over the last month, the scene has become routine: The pitcher walks off the mound, an umpire greets the pitcher before he reaches the dugout, and we wait.

Thanks for coming. Have a nice day.

Of all the implications of MLB’s decision to crack down on pitchers using foreign substances, slowing down the game hasn’t been an issue. Other than a couple of early speed bumps (thank you, Max Scherzer, Joe Girardi and Sergio Romo), and one suspension (sorry, Hector Santiago), the umpire-pitcher-manager dynamics have been an entirely ignorable sideshow.

Still, plenty has changed since umpires began inspecting pitchers a month ago. Pitchers Tyler Glasnow and Garrett Richards have been frank about what the enhanced monitoring procedures meant to their craft. Glasnow has a serious elbow injury. Richards has a 7.43 earned-run average in his last six games.

They’re the exceptions to the rule. Other pitchers have been mostly silent, and we know the foreign substance checks are affecting more than two of them.

Take Clayton Kershaw. The Dodgers’ three-time Cy Young Award winner made three starts after the enhanced monitoring procedures went into effect, beginning with his June 22 start against the San Diego Padres. In that game, the spin rate on his fastball, curveball and slider fell below his season averages. Kershaw also introduced a changeup on June 22 and threw a couple in each start thereafter. He hadn’t thrown a changeup since August of last year.

More importantly, Kershaw reported a sore elbow after his last outing, July 3 against the Washington Nationals, and hasn’t pitched since. From a raw-numbers standpoint, Kershaw’s last three starts (18 innings, four walks, 23 strikeouts, 3.50 ERA) were indistinguishable from his first 15. But it’s fair to ask if, like Glasnow, Kershaw began using an unsustainably tight grip on the baseball. What kind of a pitcher will he be when he returns from the injured list?

Pitchers who relied on foreign substances before the inspections went into effect do have some choices. They can simply throw fewer fastballs, as Trevor Bauer did in his final start for the Dodgers before he was placed on administrative leave by MLB. (Only 14 percent of the pitches Bauer threw against the San Francisco Giants on June 28 were four-seamers, according to Statcast; he had never thrown so few four-seamers in a game since Aug. 2017.) They can learn a new (or semi-new) pitch, as Kershaw seemed to try with the changeup.

Of course, there are many reasons why a pitcher will alter his repertoire. Maybe he loses command of a pitch for reasons entirely unrelated to his grip on the baseball. Maybe he’s facing an opponent that happens to hit one of his pitches well. Cause and effect are difficult to discern from a distance.

Unfortunately for fans, pitchers are often reluctant to share the thought process behind their pitch selection because it gives away too much strategy. Even the catchers I’ve talked to have been reticent to say game-planning …read more