Germany’s Merkel says pipeline deal with US good for Ukraine 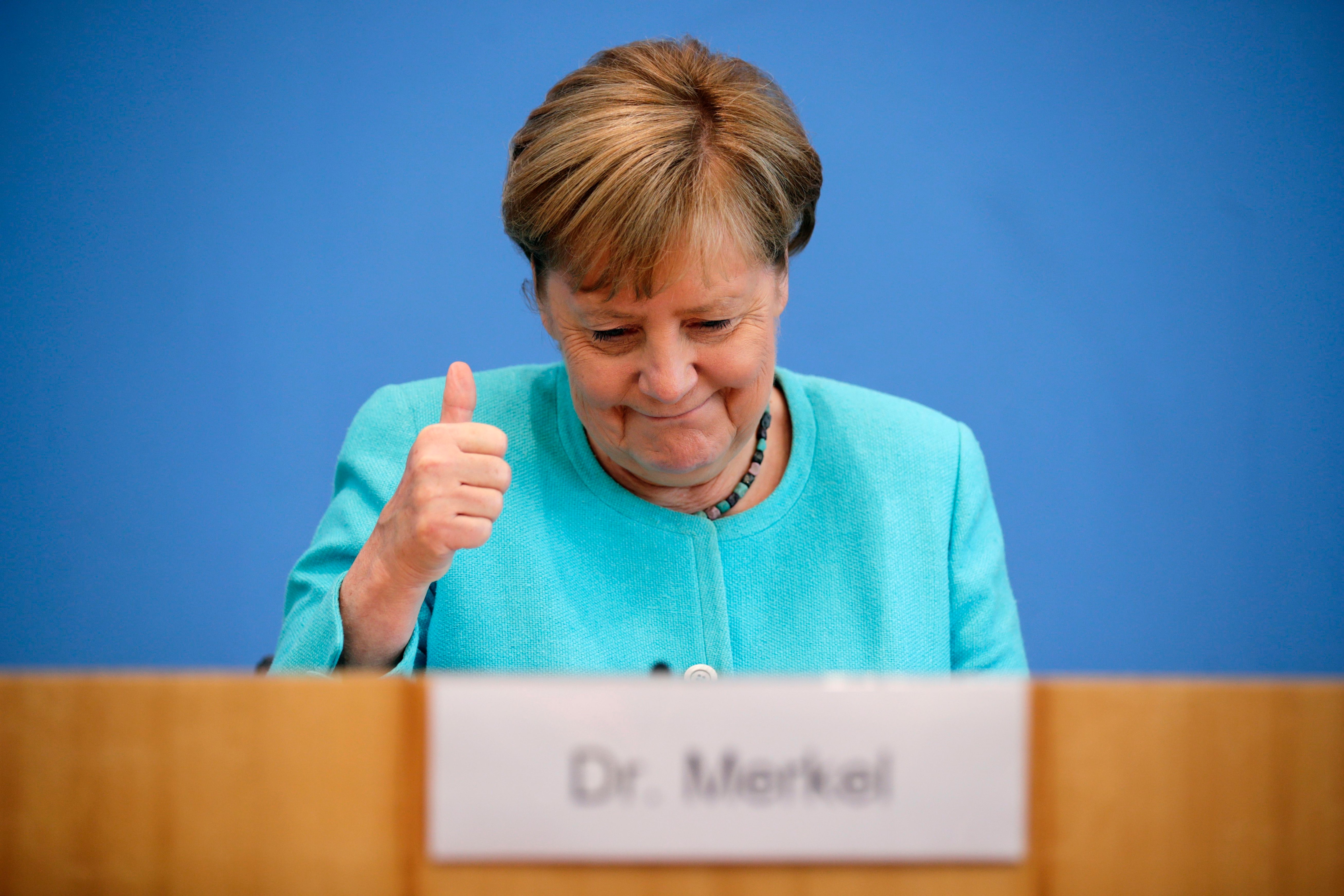 German Chancellor Angela Merkel said Thursday that a compromise deal that will allow the completion of a Russian gas pipeline to Europe without the imposition of further U.S. sanctions is “good for Ukraine.”

The United States and Germany announced the deal on Wednesday. The two countries committed to countering any Russian attempt to use the Nord Stream 2 pipeline as a political weapon.

They also agreed to support Ukraine and Poland, both of which are bypassed by the project and fear Russia’s intentions, by funding alternative energy and development projects.

The Nord Stream 2 project has posed a major foreign policy dilemma for the Biden administration. U.S. officials from both parties have long feared it would give Russia too much power over European gas supplies. But the pipeline is almost completed, and the U.S. has been determined to rebuild ties with Germany that were damaged during the Trump administration.

Poland and Ukraine expressed their displeasure over the decision to allow the pipeline’s completion and said efforts to reduce the Russian security threat were not sufficient.

“Differences remain. We saw that in the reactions yesterday,” Merkel told reporters in Berlin, acknowledging there is also opposition in the U.S. Congress.

She noted that Germany now has “a whole lot of work” to do, particularly in trying to secure an extension to a deal on the transit of Russian gas via Ukraine beyond 2024, in supporting the transformation of Ukraine’s energy supply, and in engineering “reverse flow” from European gas supply systems to Ukraine.

Merkel said the deal was “a good step that demanded readiness to compromise from both sides, but on the other hand doesn’t overcome all differences that existed the day before.” She added that “we are not completely defenseless” against Russia, arguing that the possibility of sanctions still exists.

I've tested numerous home security cameras, and this $100 outdoor model is one of the best I've ever used, thanks to its fast connection, sharp video, spotlight, and siren

The chancellor dismissed a suggestion that Russia is a more important partner for Germany than Poland and Ukraine. She said that the German-U.S. deal set the right priorities “and so this joint statement, from my point of view, is also good for Ukraine.”