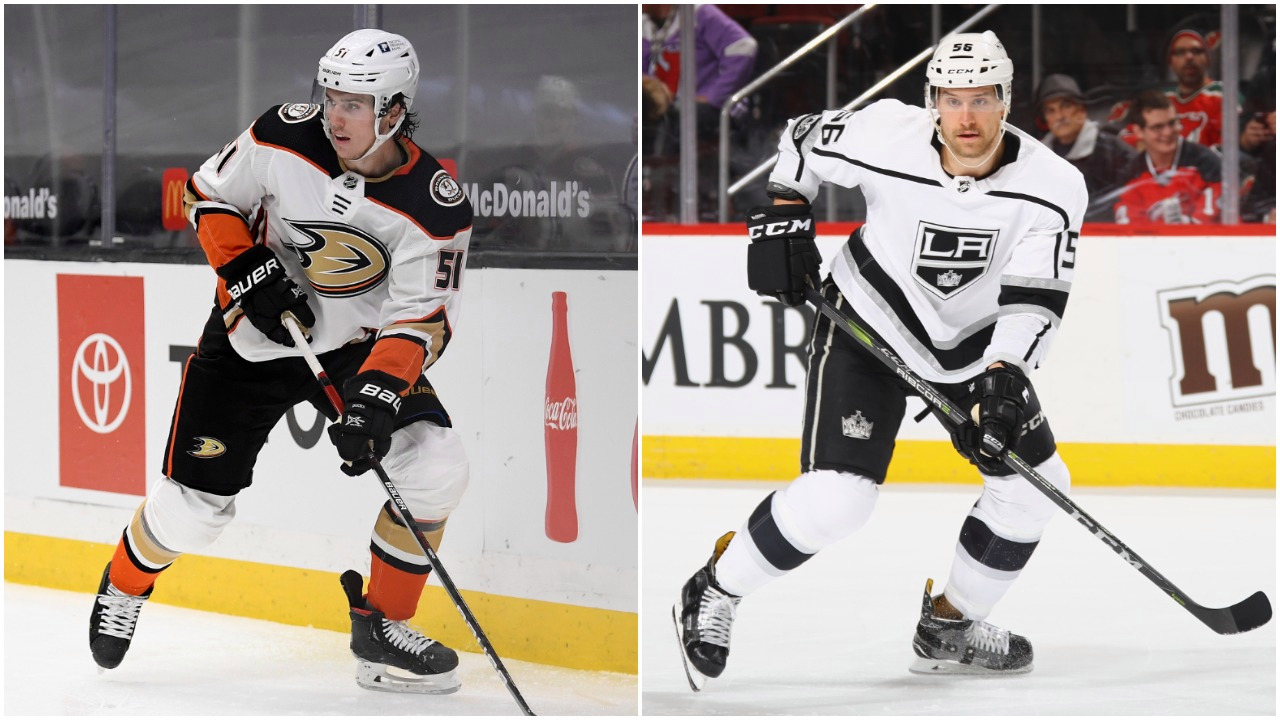 Meet the Seattle Kraken, the NHL’s 32nd team, the latest in a long line of expansion franchises. The Kraken began filling out their first roster on Wednesday, selecting defensemen Haydn Fleury of the Ducks and Kurtis MacDermid of the Kings among their 30 picks in the expansion draft.

Seattle selected one player from each NHL team, excluding the Vegas Golden Knights, who joined as the league’s 31st team four years ago. The Kraken had to take at least 14 forwards, nine defensemen and three goalies, not all of whom will eventually play for the team.

Existing teams could protect seven forwards, three defensemen and one goalie, as the Ducks and Kings did, or eight skaters of either position plus one goalie.

Seattle’s selection of Fleury, 25, was almost a foregone conclusion after the Ducks left him exposed in order to protect other assets, especially forwards such as Max Jones, Isac Lundestrom, Rickard Rakell, Jakob Silfverberg, Sam Steel and Troy Terry.

After all, Seattle general manager Ron Francis drafted Fleury while serving as GM of the Carolina Hurricanes in 2014. Fleury played 12 games with the Ducks, recording one goal and three assists, after being acquired in an April 12 trade with the Hurricanes. The Ducks swapped defenseman Jani Hakanpaa for him.

Fleury will join his younger brother, Cale, a 22-year-old defenseman who was selected by the Kraken from the Montreal Canadiens.

“It’s a really exciting day for my family, for my mom and dad,” Haydn Fleury said during an ESPN2 interview. “I want to prove him (Francis) right. The trade to Anaheim really helped a lot. I got to play the way I can play and I hope to continue that here in Seattle.”

Seattle’s selection of the 27-year-old MacDermid indicated Francis was concerned about providing protection for some of his skilled players. MacDermid, listed at 6-foot-5, 240 pounds, had six goals and 11 assists plus 151 penalty minutes in 118 games over four seasons with the Kings.

Speculation in the days leading up to the expansion draft centered on the Kraken’s selection of a more skillful player from the Kings, such as defenseman Kale Clague or forward Blake Lizotte. Kings general manager Rob Blake also exposed goalie Jonathan Quick.

Blake exposed Quick in order to protect Cal Petersen, gambling that Francis would pass on the 35-year-old Quick and the $5.8 million he’s owed over each of the next two seasons. Petersen, 26, is viewed as the Kings’ goalie of the future, if not the present, after he played a career-high 35 games in 2020-21.

Francis also passed on Canadiens goalie Carey Price for the much the same reasons as he declined to select Quick. Price, 33, has five years at $10.5 million per season remaining on his contract and there are questions about his health after Montreal’s run to the Stanley Cup Final.

In fact, Seattle declined to select players with big contracts and/or outsize reputations, including Price, Quick, Adam Henrique of the Ducks, Braden Holtby of the Vancouver Canucks, Gabriel Landeskog of the Colorado Avalanche, Vladimir Tarasenko of the …read more

What is QHD? The high-definition screen resolution, explained

What is a broker? What to know about the intermediary that helps investors buy stocks

New Prop. 19 property tax measure can save you money