$2,000 checks given to 26 households impacted by LAPD’s fireworks detonation 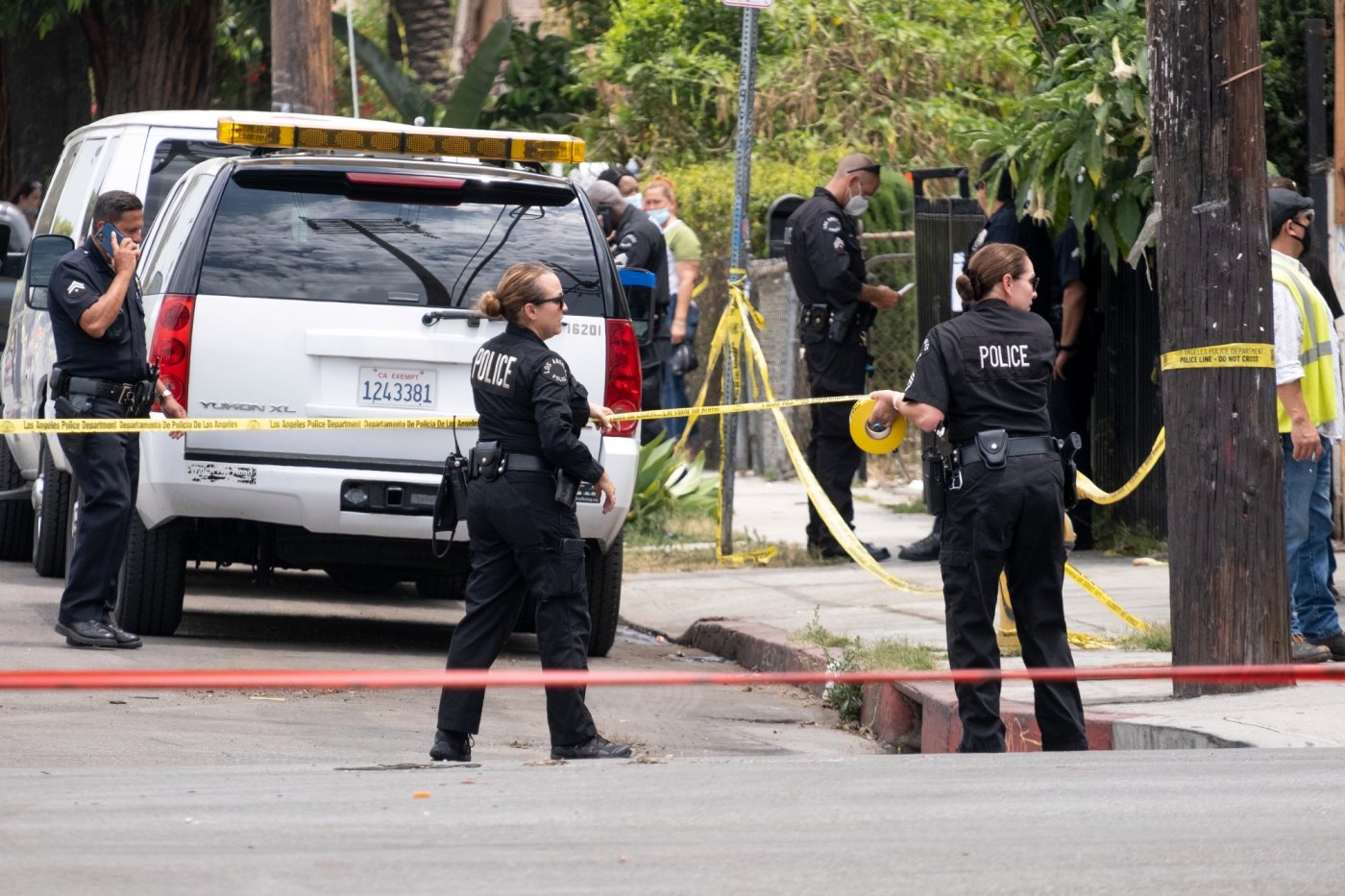 Los Angeles Mayor Eric Garcetti and Councilman Curren Price on Thursday, July 22, announced that the nonprofit Mayor’s Fund for Los Angeles is giving $2,000 in cash assistance to 26 households in South Los Angeles impacted by a destructive fireworks explosion set off by a police bomb squad.

“The Mayor’s Fund for Los Angeles was designed to rapidly respond to crisis, and we activated immediately after the explosion, in partnership with the Mayor’s Office and Councilmember Curren Price. Our work is powered by the generosity of the people of L.A., who have helped us provide direct cash assistance to 260,000 Angelenos since the pandemic began,” said Mayor’s Fund for Los Angeles President and CEO Deidre Lind.

The detonation sent 17 residents and first responders to hospitals, destroyed a bomb squad truck and damaged 22 residences, 13 businesses and 37 vehicles. Since the explosion, evacuated victims have been provided with access to housing, funds to satisfy their basic needs, and three meals a day. A preliminary investigation by the Bureau of Alcohol, Tobacco and Firearms and Explosives’ National Response Team found that the Los Angeles Police Department bomb squad significantly underestimated, based on a visual assessment, the weight of explosive material being loaded into the truck for detonation.

“Nothing can undo the trauma that upended the lives of these families, but we can lift them up while more help is on the way,” Garcetti said Thursday. “These funds are just a stop-gap as we expedite more substantial relief, and we will continue to do everything in our power to help heal those who have been impacted.”

Price’s office is paying for hotel accommodations in downtown Los Angeles as temporary housing for tenants severely impacted by the explosion.

Price announced Wednesday a $1 million emergency fund using his office’s Environmental Equity and Reimagining Public Safety dollars, and will provide long-term housing, repairs and financial assistance to residents whose homes were damaged by the June 30 blast.

“It should never have happened in the first place and it is clear that the city is at fault in this explosion. But the damage and destruction has been done, and it is now time to restore our families and rebuild our community,” Price said.

The councilman said his fund will give displaced residents housing, help them with home repairs — including broken windows, plumbing and structural repairs — as well as provide $10,000 no-strings-attached grants to 25 households that have been pre-identified as being severely impacted.

“I’ve said it before and I’ll say it again, my office was not notified of the detonation of this dangerous explosive, and had we been notified, we would have said no, said, ‘Hell no, you can’t do that out here, not like that,”‘ Price said.

Insider Advertising: Why Q3 will be a big test for the digital ad duopoly

Miami’s billionaire ‘Condo King’ is selling his waterfront mansion in a gated Florida community for $33 million. Take a look inside.

Ron Popeil was the sizzle of American ingenuity, personified