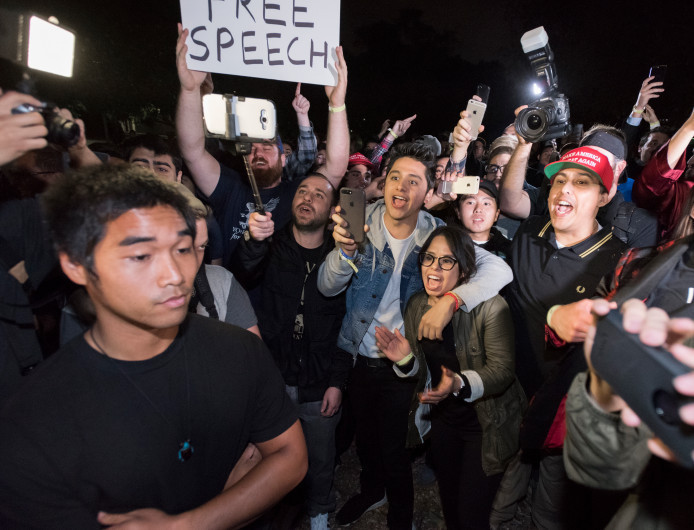 Have you noticed how our language is changing?

At a congressional hearing on “Birthing While Black,” nearly every politician used the words “birthing people” instead of “women” or “mothers.” Asked why, Shalanda Young, President Joe Biden’s budget director, said, “Our language needs to be more inclusive.”

Activists have also changed “equality” to “equity” and “affirmative action” to “diversity.”

The Associated Press no longer uses “mistress.” It tells reporters to use “companion, friend or lover.”

Calling a transgender woman a man is “an act of violence,” says transgender actress Laverne Cox.

I push back. “You’re white. Why should anybody listen to you about this?”

“Because what I say has, or doesn’t have, merit on its own,” he replies. “A big problem with the social justice movement is the idea that people’s mindset is controlled by their skin color. That may be called ‘anti-racism’ today, but it’s just plain old-fashioned racism.”

Linguist John McWhorter, author of the forthcoming book “Woke Racism,” adds, “It can be really hard for us to talk to each other, because we don’t know what the words we’re using mean.”

“The idea is, wherever there are white and black disparities, we’re supposed to call that phenomenon ‘racism,’” says McWhorter. “It never fully holds together.”

“Latinx” is another new term created by activists.

And yet, says Sandefur, “‘Latino’ originated as a reaction led by Hispanic people. They chose the word Latino or Latina. And now here’s a largely white, middle-class movement of social justice activists telling other people, ‘No, no, you can’t make distinctions in gender that way.’”

“The social justice movement in general is a largely white, upper-middle-class, college-educated movement,” he replies. “You hardly find anybody in the Hispanic community who prefers the term ‘Latinx.’”

He’s right. Only 4% of Hispanics prefer the term.

It’s hard to keep up with what’s OK and what’s forbidden.

Students at the University of Illinois-Chicago recently became upset because law professor Jason Kilborn included the N word, with only the first letter shown, in an exam on employment discrimination. He’d used the same word in exams for 10 years.

But this year, one student said she “had to seek counsel immediately after the exam to calm myself.”

McWhorter says those students are lying. Why?

“Claiming that kind of victimhood gives them a sense of belonging, of togetherness, a sense that they’re contributing to a struggle that their ancestors dealt with in a more concrete way.”

The students demanded the professor be punished. …read more