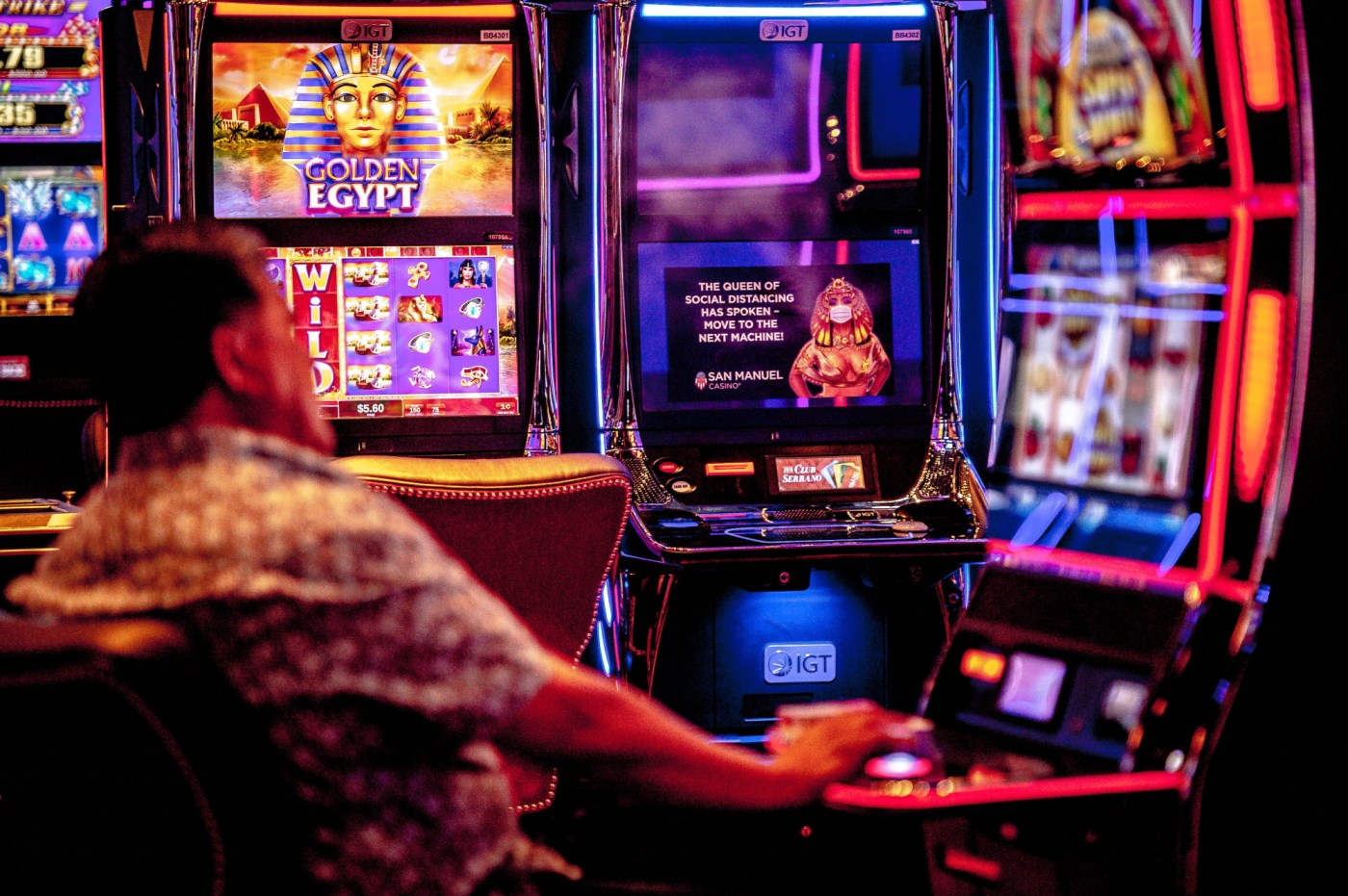 San Manuel Casino will officially debut new gaming space Saturday, July 24. It is part of a multi-year, $760 million expansion that will dramatically increase the footprint of the Highland resort.

A ribbon cutting on the ground floor of the casino will take place at 3 p.m. The day marks the 35th anniversary of the casino, which opened as a bingo hall on July 24, 1986.

Sign up for our Casino Insider newsletter and get the week’s best bets for food, entertainment and fun at Southern California’s casinos. Subscribe here.

The new gaming spaces connect to the existing two floors of the casino, according to casino officials.

The expansion includes 1,500 new slot machines to the casino, increasing its total to 6,500, as well as 40 new table games, according to a news release.

The additional gaming space is part of the first phase of San Manuel’s expansion project and includes a new high limit room, three new bars and retail shops. Those will all be open Saturday afternoon, according to casino officials. A 24-hour restaurant called Serrano Vista Café will open in August, the news release said.

The second phase is is a 17-story hotel with 432 guest rooms and suites, a pool deck and full service spa. Its opening is projected for December. The third phase, the public opening of a 3,000-seat entertainment center, is expected in early 2022.

THE DIGITAL HEALTH ECOSYSTEM: The most important players, tech, and trends propelling the digital transformation of the $3.7 trillion healthcare industry

The casino announced the expansion in November 2017, the same year it closed its bingo hall on the second floor and repurposed the space for slot machines and restaurants such as Rock & Brews and George Lopez’s Chingon Kitchen.

The Pines Modern Steakhouse, on the same floor, had been closed but reopened to the public with limited seating in May.

The expansion originally had a 2020 target for completion. Construction began in 2018 but was slowed by the coronavirus pandemic.

The casino expects the expansion to create 2,000 jobs, according to a description of the project on its website.

Casino Insider: What celebrity chefs are cooking up at area casinos

After a man dressed as Spiderman kicked a store worker in the throat, unions call on the UK government to beef up laws protecting retail staff

Cincinnati is the most affordable US city for renters living alone, a new report shows. Here’s how the top 10 stack up.