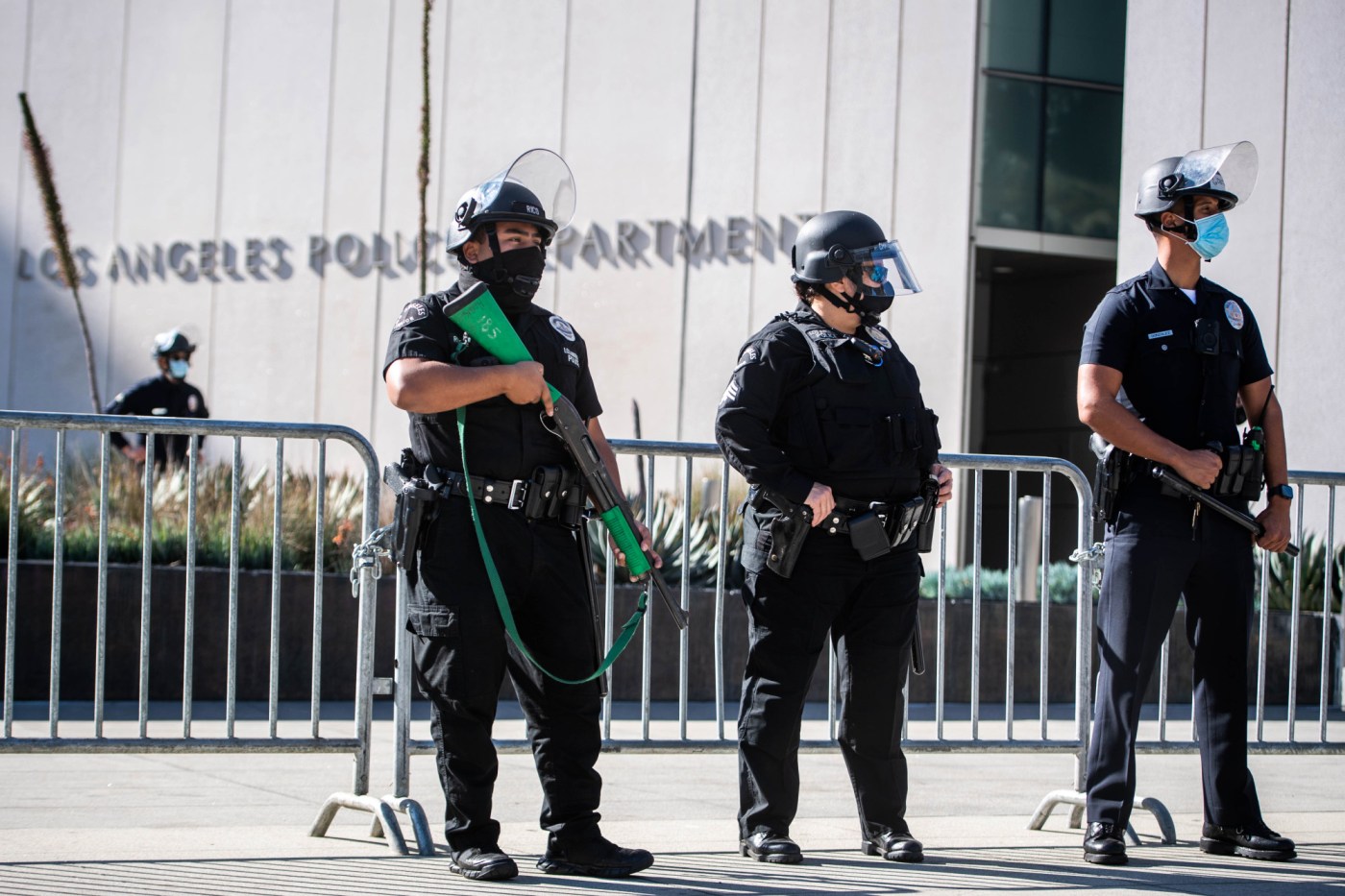 Officials told the Los Angeles Police Commission Tuesday that while 96.3% of officers involved in use of force incidents during a one-year period activated their body-worn cameras, nearly 20% of them did so late and inconsistent with department policy.

The Office of the Inspector General report analyzed 53 incidents involving 262 Los Angeles Police Department officers between June 2019 and July 2020. The department defines categorical uses of force as incidents of deadly force by an officer, and the incidents reviewed by the office of Inspector General Mark Smith included 33 shootings by officers, nine unintentional firearm discharges, six uses of force that hospitalized someone, two head strikes with an impact weapon, one in-custody death, one carotid restraint control hold and another use of deadly force.

According to the report, 96.3% of officers either activated their body-worn cameras or were “justified in not doing so.” However, 19.5% of those officers were delayed in activating their cameras in a matter inconsistent with the LAPD’s policy. Seven of the 53 reviewed incidents were not captured on video because officers did not activate their cameras. Additionally, 13.9% of officers who were supposed to activate their digital-in car video cameras failed to do so.

The Office of the Inspector General recommended that the police department boost compliance by maintaining “a rigorous program of accountability measures,” such as conducting random inspections and taking remedial action when someone acts out of policy. The department implemented a program of periodic inspections in August 2020, according to Django Sibley, assistant inspector general at the LAPD.

The report also urged the department to evaluate the effectiveness of the notices given to officers as reminders about the body-worn camera and digital-in car video policies.

Police Chief Michel Moore told commissioners that he welcomed the report and recommendations.

“This, as you know, has been a matter over the last two years and as we’ve seen failures in instances where there has been a lack of compliance, we have instituted added notices, education, reminders, and also increased the level of progressive discipline and accountability for those matters,” Moore said.

The department’s policy requires all officers to activate their body-worn cameras before initiating any investigation or enforcement activity involving a civilian, such as traffic and pedestrian stops and calls for service.

Body-worn cameras are constantly rolling when powered on, so once activated, the camera also captures two minutes prior to activation. However, 24% of the recordings reviewed by the Inspector General had less than a two-minute buffer period. Fifty of the 51 cases involving a reduced buffer video involved officers who initially had their cameras powered off, according to the report.

“Since 2018, keeping that device powered on when in the field or when working in the station and likely to become involved in contact with the public has been a requirement,” Sibley told police commissioners.

Officers were issued three notices in 2020 reminding them to keep their body-worn cameras powered on while in the field. Beginning in June 2020, the department began a program to review officers’ performance during previous incidents when …read more