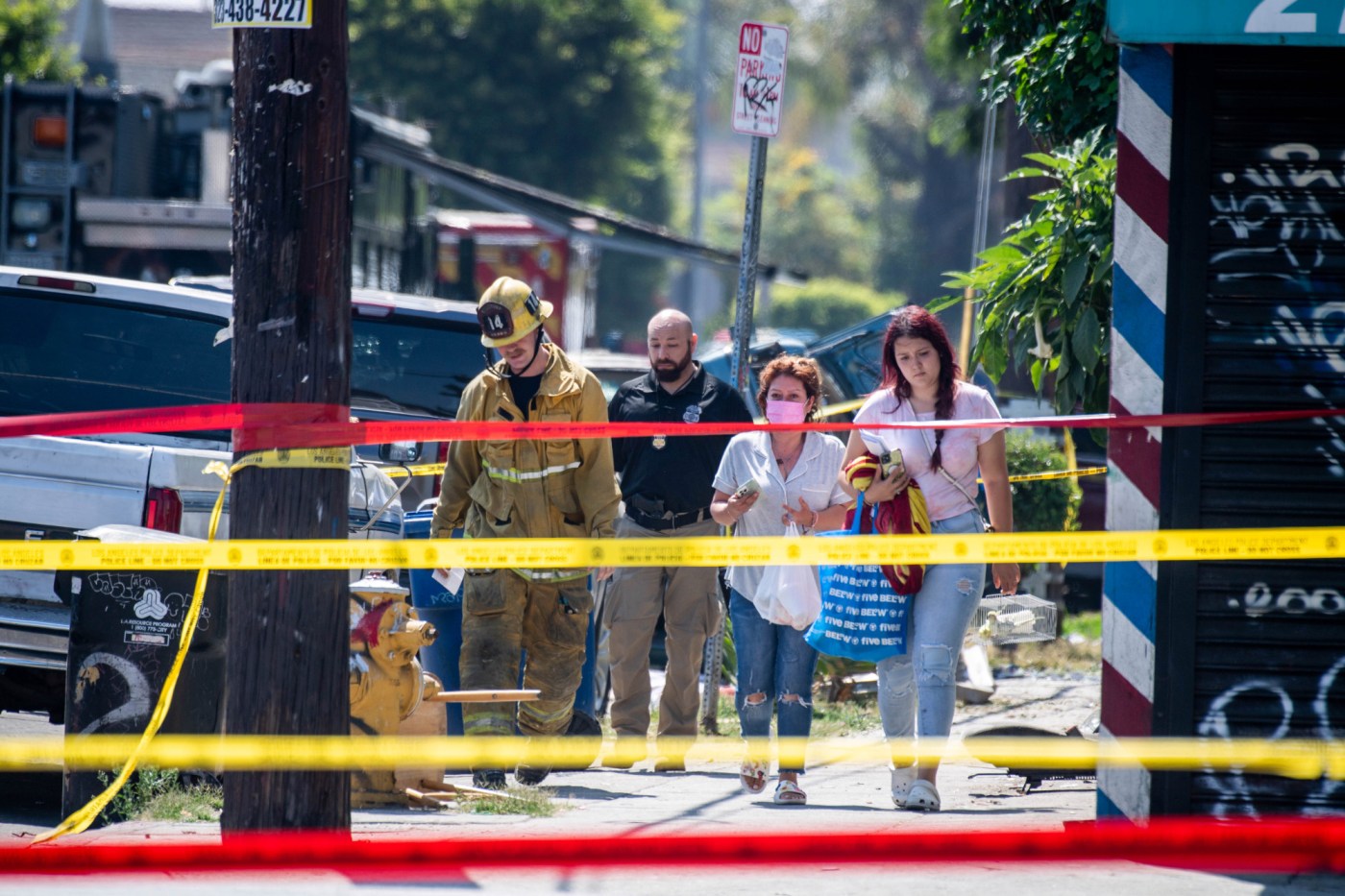 Price said the money will come from his office’s Environmental Equity and Reimagining Public Safety dollars, and will provide long-term housing, repairs and financial assistance to residents whose homes were damaged by the June 30 blast.

“It should never have happened in the first place and it is clear that the city is at fault in this explosion. But the damage and destruction has been done, and it is now time to restore our family and rebuild our community,” Price said.

The detonation sent 17 residents and first responders to the hospital, destroyed the bomb squad truck and damaged 22 residences, 13 businesses and 37 vehicles. Since the explosion, victims forced to evacuate their homes have been provided with access to housing, funds needed to satisfy their basic need and three meals a day.

The councilman said his fund will give displaced residents “first-class quality long-term housing,” help them with home repairs — including broken windows, plumbing, and structural repairs — as well as give $10,000 no-strings-attached grants to 25 households that have been pre-identified as being severely impacted.

“I want to make sure that we’re doing all we can, as quickly as we can, to restore these families to some sense of normalcy. Our families need help now. Not two weeks from not, not two months from now, not two years from now, but now,” he said.

“I’ve said it before and I’ll say it again, my office was not notified of the detonation of this dangerous explosive, and had we been notified we would have said no, said hell no, you can’t do that out here, not like that.”

Black Lives Matter-Los Angeles and several people who phoned in to the police commission meeting Tuesday called for Moore to be fired and for the city to pay reparations to residents.

“We stand up, we are insistent, we say over and over: Chief Moore must go.”

According to Moore, a preliminary investigation by the Bureau of Alcohol, Tobacco and Firearms and Explosives’ National Response Team found that the bomb squad significantly underestimated, based on a visual assessment, the weight of explosive material that was being loaded into the truck for detonation.

The truck — which had been used 41 previous times over the last decade, including for three detonations in June — can safely contain the detonation …read more

Chargers can focus on training camp as vaccination rates improve