Chargers depth chart: Who’s up, who’s down, position by position 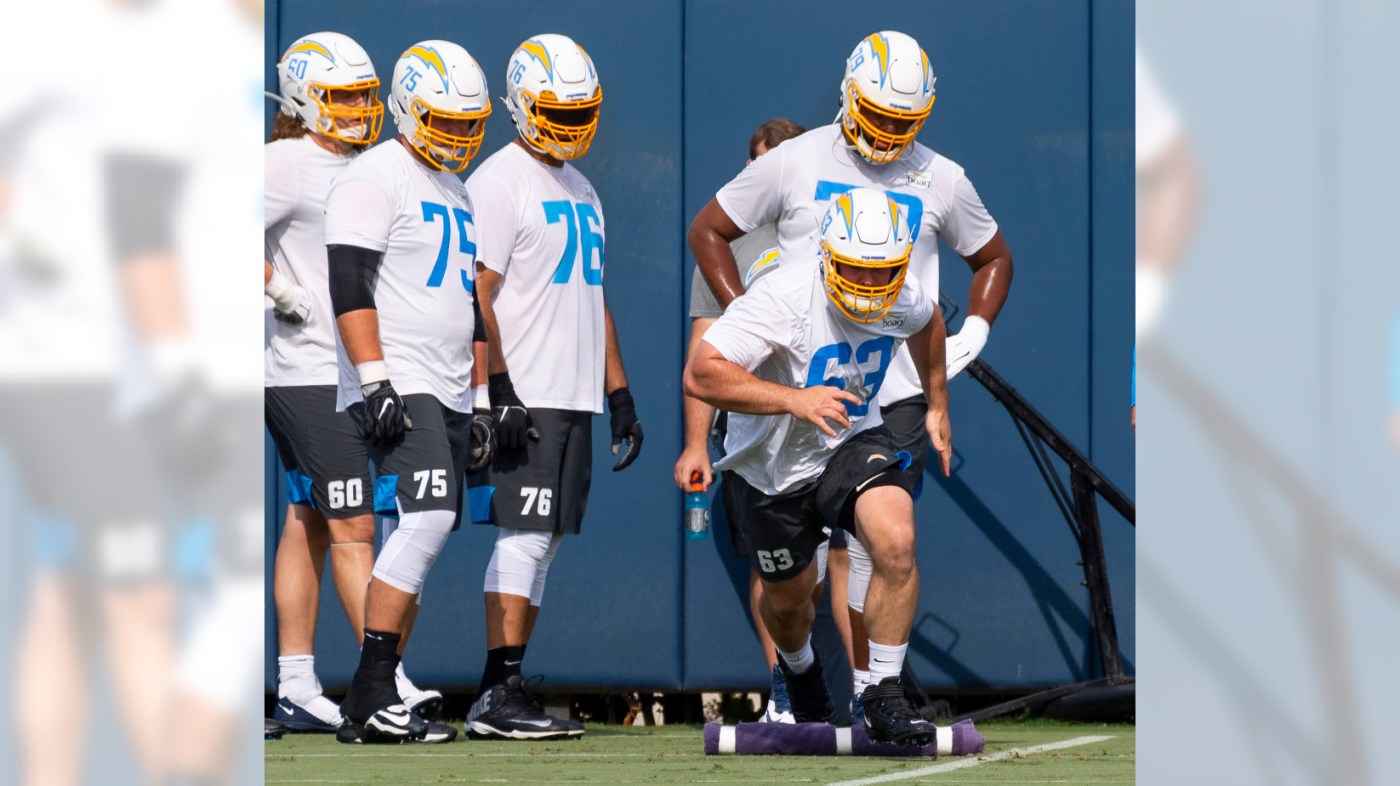 Here’s a look at the Chargers’ roster as the team prepares to open training camp July 28 at Jack Hammett Sports Complex in Costa Mesa. This projected depth chart and roster will be updated throughout camp and the season. Players are listed in the likely playing-time pecking order at each position and broken into the categories “lock” and “on the bubble,” as seen by Chargers beat writer Gilbert Manzano. The deadline to trim the roster to 53 players is Aug. 31. Offseason additions are noted by T for trade acquisitions, FA for free-agent signings, W for waiver pickups, R-F for reserve-future contracts, D for drafted rookies and U for undrafted rookies.

There will be no starting quarterback controversy this summer with Herbert coming off a historic rookie season. But the backup job will be available because of the addition of Daniel, who’s familiar with offensive coordinator Joe Lombardi. Daniel has the experience, but expect Stick to win the backup job because he’ll get to display his athleticism in preseason games.

This might be the toughest position to gauge for various reasons. Jackson is probably the most talented running back on the team not named Ekeler, but he struggles to stay on the field because of injuries. If he’s healthy during training camp, expect Jackson to win over the new coaching staff and earn the No. 2 job. Kelley was inconsistent his rookie season and failed to produce as the short-yardage back, but it might be too soon to give up on last year’s fourth-round selection. Rountree has the advantage of being drafted by the current coaching regime and will likely push Kelley for the short-yardage role. It wouldn’t be a surprise if the Chargers decide to keep four running backs to start the season.

The Chargers surprised many when they drafted Palmer in the third round, but during offseason workouts it was easy to see why they took him so high. The talented jump-ball receiver could become the consistent third wideout the Chargers have coveted in recent years. Guyton proved last season he’s able to get open often with his speed, but he’ll need to limit the drops if he wants to keep his No. 3 job. Last season, Johnson outplayed Reed and Hill, two players with high expectations as rookies. This trio will need to prove they belong on the 53-man roster by producing on special teams.

The rookie McKitty will likely see more snaps than Parham this season because the coaching staff values McKitty’s blocking and special-teams skills. Those were two areas Parham struggled with last season, but he’ll get his opportunities as a red-zone target.