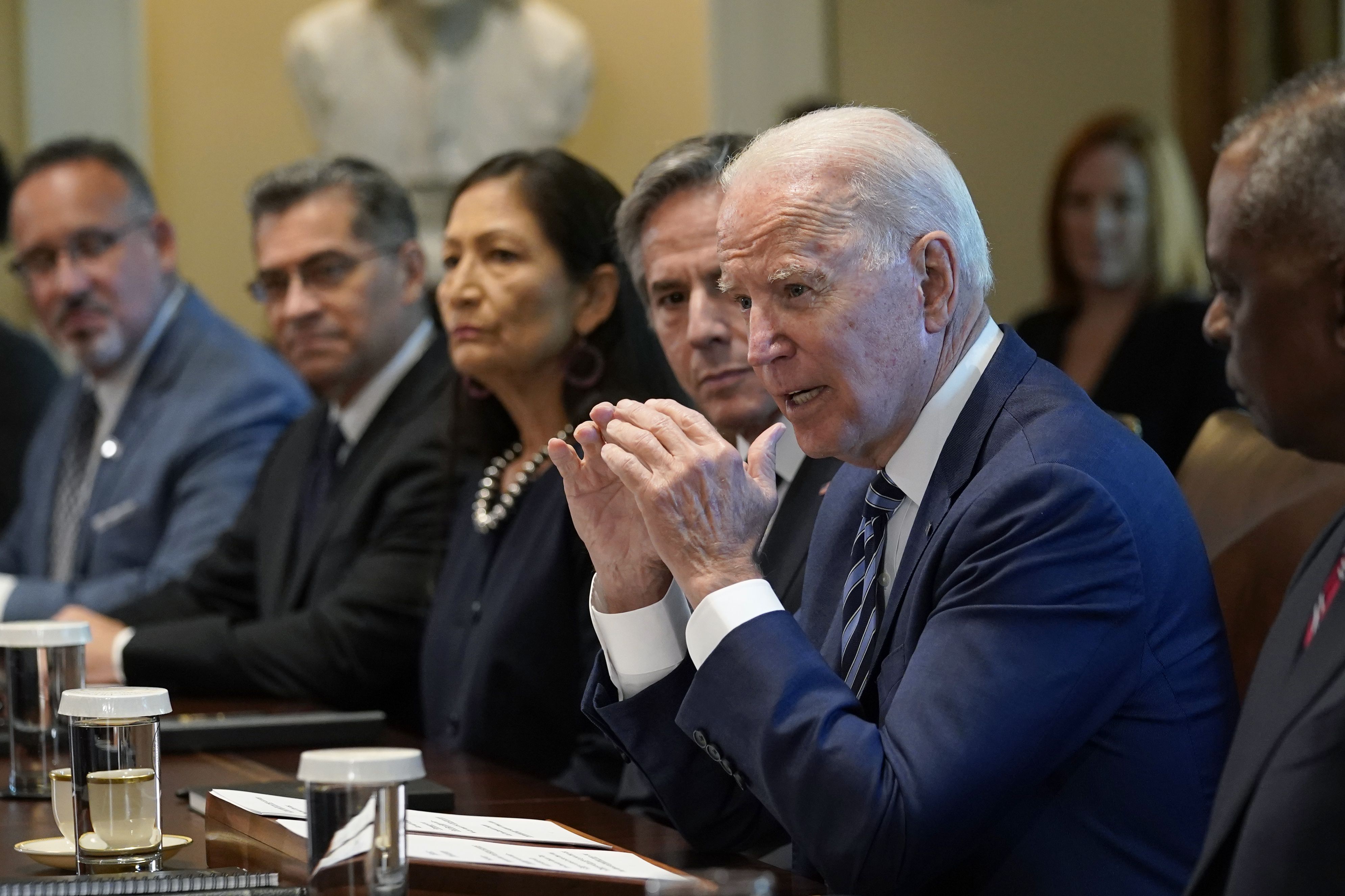 President Joe Biden just can’t quit Ohio — even if it rejected him in last year’s election.

The president travels to Cincinnati on Wednesday to push his economic policies. It’s the third visit of his presidency to Ohio, the only state Biden lost that he has visited multiple times.

Ohio was once an electoral prize that could decide who occupied the White House, but its embrace of Republicans has tightened over the past decade. The visit is a testament to Biden’s belief that going straight to voters will help cross a barbed political divide.

Ohio Republicans, for their part, see the presidential attention as a chance to make the case against Democrats. The state faces a heated Senate election next year with the retirement of Republican Rob Portman, who helped negotiate a $973 billion infrastructure plan with Biden that now faces an uncertain future in the evenly split Senate.

The president’s visit will take him near the dangerously outdated Brent Spence Bridge — a chokepoint for trucks and emergency vehicles between Ohio and Kentucky that the past two presidents promised without success to replace. But Republicans are more focused on the increase in shootings and crime in Cincinnati that occurred after the pandemic and the increase of migrants on the U.S. southern border.

Man accused of striking officer with scooter shares his side of story; 4 officers relieved of duty

Violent crime, particularly shootings and homicides, have been on the rise nationwide. But overall, far fewer crimes are committed than 10 years ago. Cincinnati, for example, saw a high number of shootings and record homicides in 2020 as the pandemic raged, according to the city’s data. Homicides are slightly lower this year, with 49 homicides as of July 10 compared with 53 during the same period last year.

Before a town hall in Cincinnati to be shown on CNN, Biden will visit a training center for the International Brotherhood of Electrical Workers to discuss policies to create union jobs. The president can already say he’s delivered results for the area with $280 million in local relief funds for Cincinnati and $159 million for the surrounding Hamilton County from his coronavirus aid package.

The president’s time is one of the administration’s most valuable commodities. With presidential visits to the Ohio cities of Columbus, Cleveland and now Cincinnati, the White House is betting that Biden’s policies are popular with independent voters and that the electorate will reward a president and party that are trying to solve their problems.

Democratic wins have been few and far between outside Ohio’s cities. The state is a microcosm of the national challenge for a party whose voters are clustered around large …read more