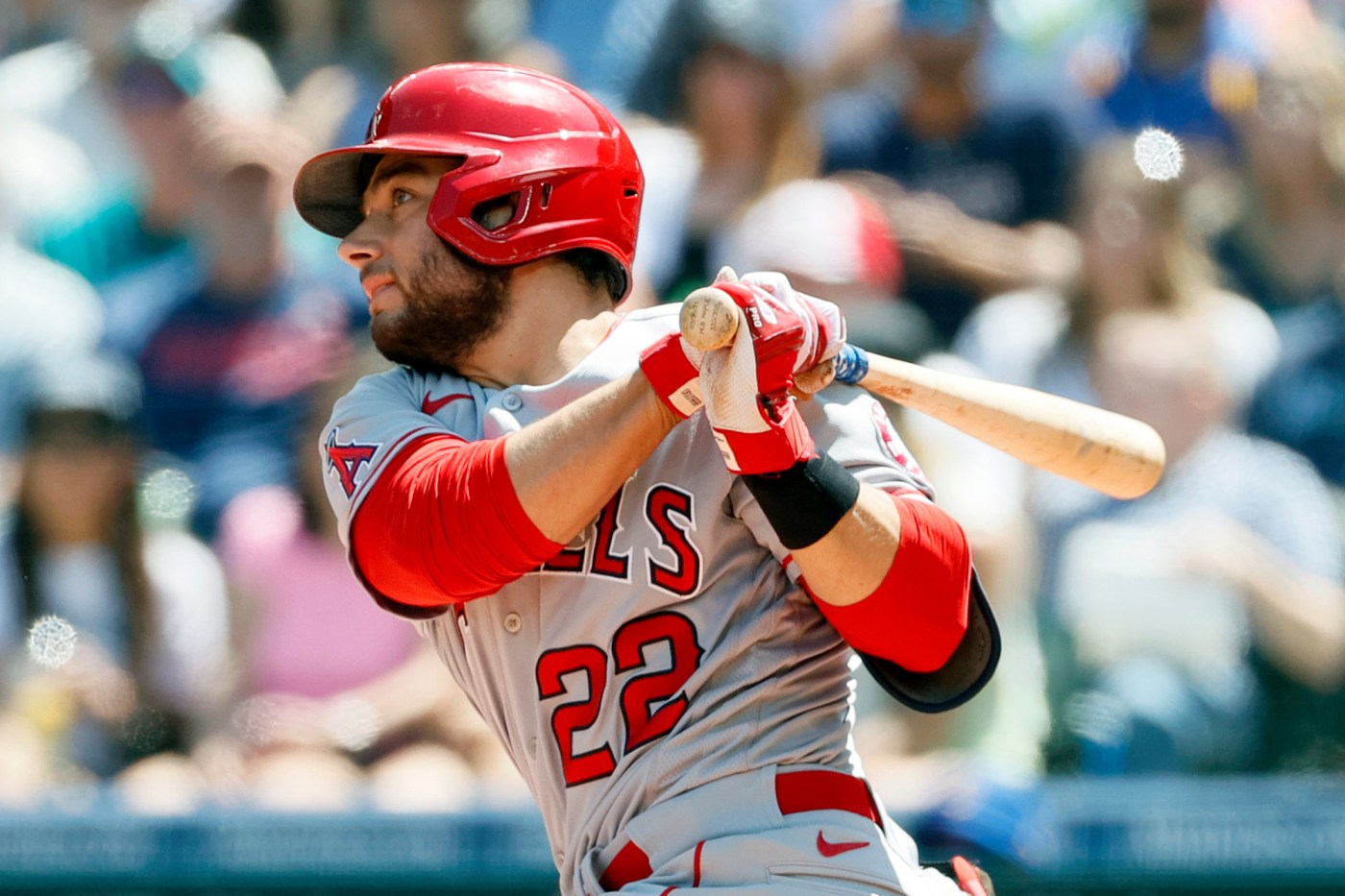 MINNEAPOLIS — As David Fletcher’s hitting streak was approaching 20 games, a couple of reporters asked him if he was too superstitious to talk about it.

Quite the opposite, in fact.

Fletcher said he started doing the math when he got to 13 games, figuring when and where he would break Joe DiMaggio’s record 56-game streak, which has not even been seriously threatened in 80 years.

Fletcher was quick to point out the delicious coincidence of his streak being at 55 games on Aug. 16, when the Angels would play a makeup game at Yankee Stadium.

He didn’t make it there. His streak ended on Sunday at 26 games, the second-longest in Angels history.

While the streak itself tells you a lot about what you already knew about Fletcher’s ability on the baseball field, the way he talked about it tells you what you might not have known about the 27-year-old from Cypress High and Loyola Marymount.

“There’s nobody I played with that’s more confident than he is,” Angels pitcher Alex Cobb said. “And he backs it up.”

Cobb is in his first season playing with Fletcher, but others who have been around Fletcher longer are accustomed to it.

“From Day One since I’ve seen the kid, the confidence was always there,” said Angels hitting coach Jeremy Reed, who was a minor league hitting instructor when Fletcher first joined the organization in 2015. “He knew he was going to be a big leaguer.”

Manager Joe Maddon has often told the story about how he didn’t know anything about Fletcher until he saw him get a hit against his Chicago Cubs at Wrigley Field in 2019.

Everything you need to know about Subway's rise and fall, including a franchisee revolt, menu overhaul, and more

“It was love at first double,” Maddon has often said.

Since Maddon has spent significantly more time with him over the past two seasons, he’s grown to appreciate his attitude as well as his on-field skills.

Again, the confidence stands out.

Fletcher’s outward confidence is somewhat surprising because his public persona is about as flat as can be. Fletcher is notoriously short in interviews.

Asked how he felt after a four-hit game that extended his hitting streak to 24, Fletcher said: “It’s exciting.”

Once the recorders are away and the Zoom camera is off, though, Fletcher’s confidence comes out. It is what allowed him to remain strong when his season started so terribly.

Maddon dropped him from the leadoff spot to the No. 9 spot. Maddon said Fletcher was too passive, getting himself into too many bad counts. And he was hitting too many balls in the air.

All along, though, Fletcher never had much to say about what was going wrong, figuring that it would work itself …read more