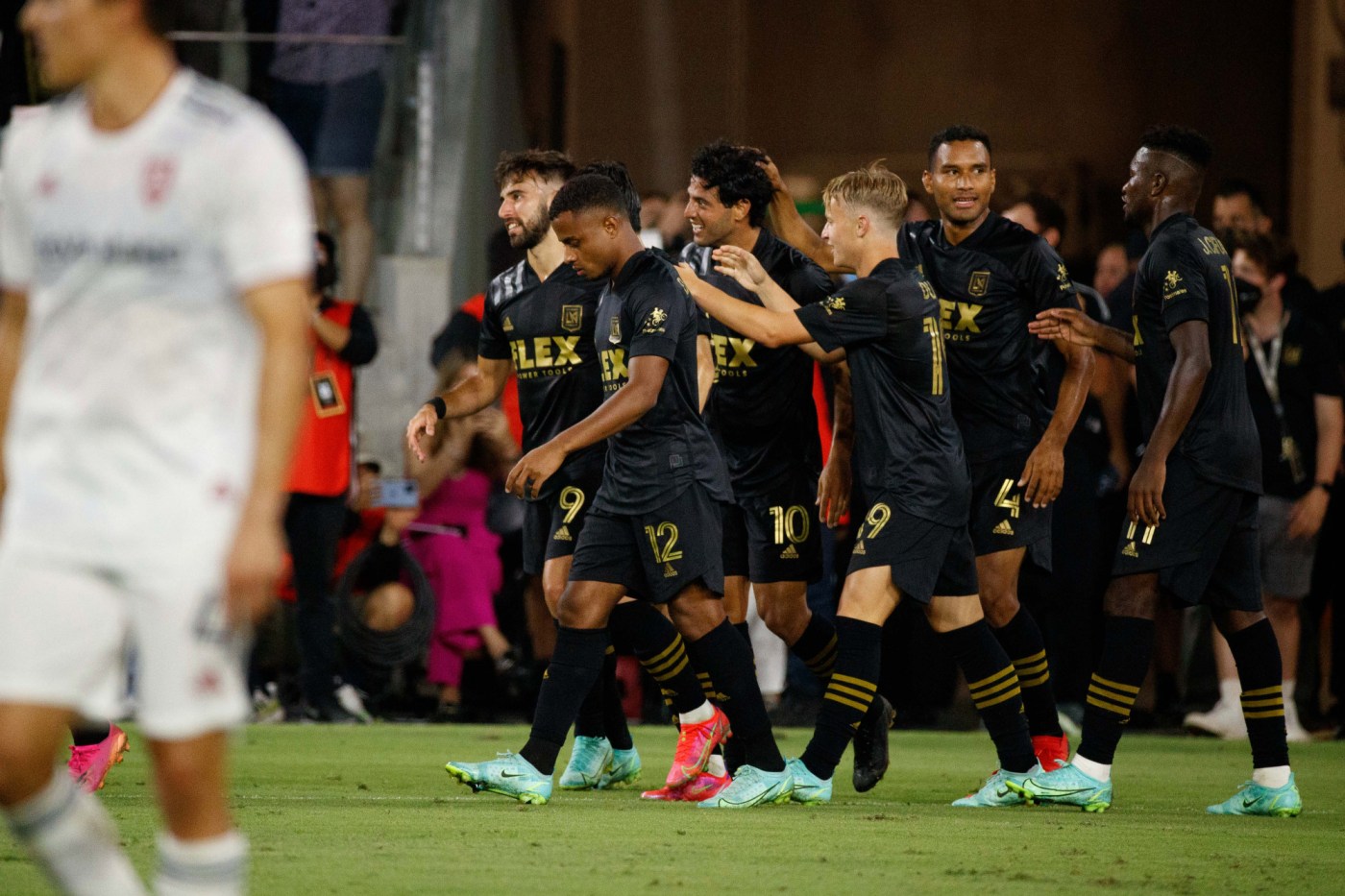 Three consecutive wins have helped to ease the discomfort that came with the Los Angeles Football Club’s poor start to the 2021 MLS season.

Inside the club “there is frustration but that is not coupled with pessimism,” LAFC co-president and general manager John Thorrington said. “It was frustration but also very optimistic about what we can do despite the results not going where they historically have been.”

Historically speaking, the 2021 Black & Gold have lots to do to avoid being a team known for more than simply stumbling out of the gate.

After falling to New York City FC at Banc of California Stadium at the end of May, sinking to 2-4-1 ahead of a three-week international break, LAFC has snagged 13 out of a possible 18 points with victories in four of its past five matches.

The clearest way is to win, and LAFC has leaned on its stingy defense to earn points.

LAFC will visit Portland on Wednesday without central defender Jesus Murillo, who was the only player on the roster to start and play every minute this year, due to a yellow-card suspension.

As an attacking operation, LAFC look perpetually dangerous but have not produced close to its record-setting standards.

Two years ago, LAFC tied the league record with 85 goals in a single season.

From its expansion year in 2018 through the RSL match, LAFC has 217 – nearly 50 more than Seattle, the next best team.

“Let’s remember that that level of production was phenomenal,” Thorrington said.

Thirteen weeks into the 2021 season, Carlos Vela and Diego Rossi, owners of the past three MLS Golden Boot awards, finally scored in the same match.

The 2-1 tally at home against Real Salt Lake on Saturday moved LAFC closer to conference-leading Seattle than last-place Dallas.

That wasn’t the case when Dallas visited L.A. on June 23.

The Timbers (5-6-1, 16 points) also used Dallas to settle itself down, ending a three-game losing skid Saturday.

A quick turnaround in Portland offers LAFC a chance to win its third consecutive road shutout.

The West Coast affair is considered a rivalry by both sides.