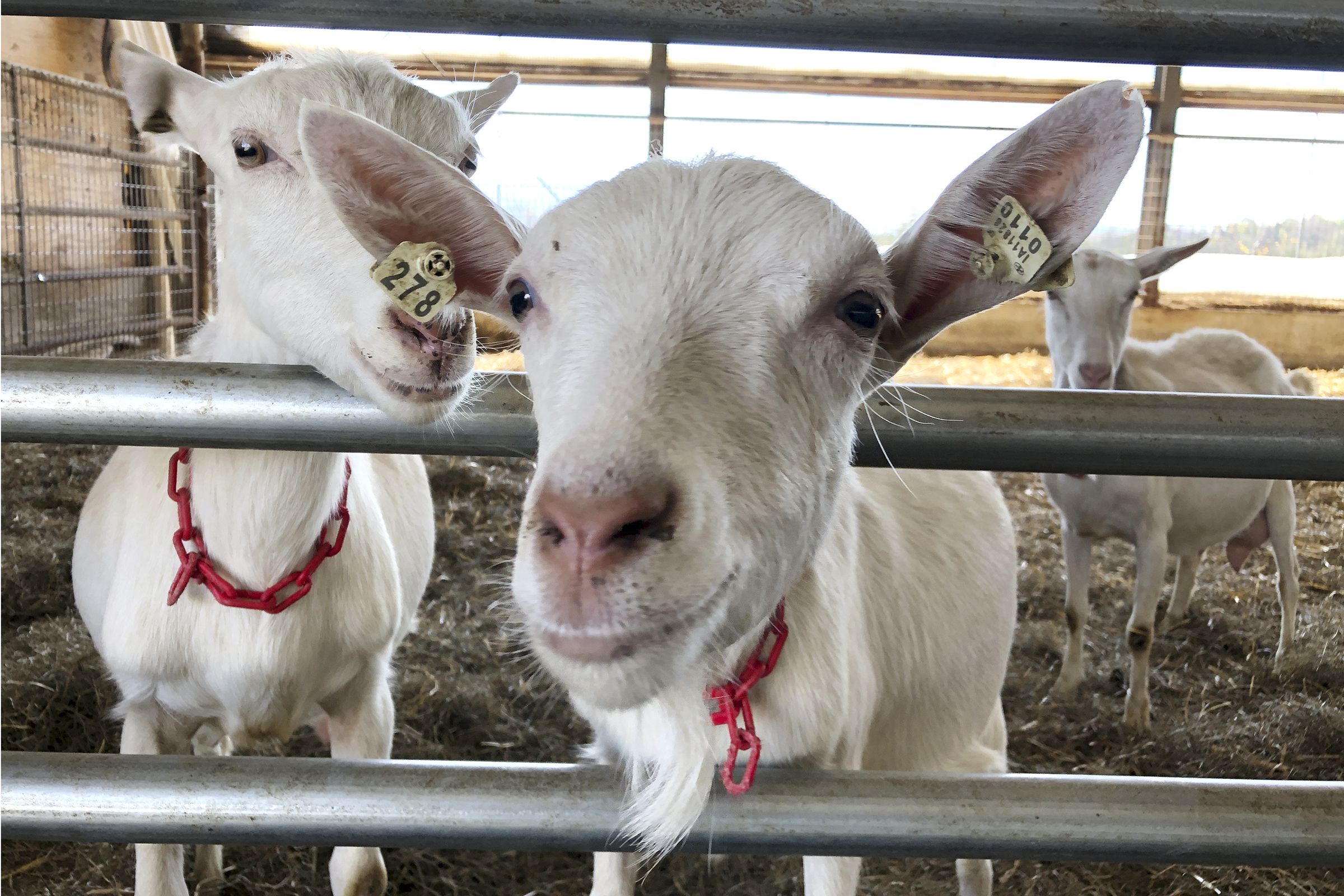 Grappling with a changed industry, two brothers operating their family’s dairy farm in Vermont have made the drastic decision to give up hundreds of cows for goats.

The Jones family, which had raised cows for 150 years at Joneslan Farm, houses about 1,000 goats in their barn that remains adorned with painted cut-outs of dairy cattle. Fluctuating milk prices paid to dairy cow farmers and rising costs have driven some small family farms to go big or out of business — or get creative like brothers Brian and Steven.

The Jones brothers finished constructing their nanny-milking parlor and delivered their first goat milk earlier this year to Land O’ Lakes-owned Vermont Creamery, to be used for cheese-making.

According to the U.S. Department of Agriculture, the number of dairy cow farms fell by more than half between 2003 and 2020 while the number of cows nationwide grew as farms consolidated.

“There’s a slow but steady growth,” said Terry Gipson, extension leader at the American Institute for Goat Research at Langston University in Langston, Oklahoma, of the national inventory, or number of goats.

Sam Bankman-Fried and Binance's Changpeng Zhao spoke out on dedicating their life's work to crypto in an interview. Here are their best quotes.

One of the big reasons for the growth is America has developed a taste for goat cheese — the soft semi-ripened chevres, he said. Some people also keep small herds of goats for their own milk, as pets and to show.

California, Wisconsin and Iowa are the top goat dairy states, but the popular and curious ruminants are increasingly turning up in other states. In Maine, for example, the number of licensed dairy goat farms has jumped from 10 in 2001 to 54 this year, with five more seeking licenses. Twenty of those have been added in the last 10 years. The Vermont Agency of Agriculture only started keeping track of the number of dairy goat operations in 2019, when there were 42. It’s grown to 46 so far this year.

Iowa now has around 200 licensed dairy goat operations, making up close to 20% of the state’s licensed dairy farms, according to Larry Tranel, …read more