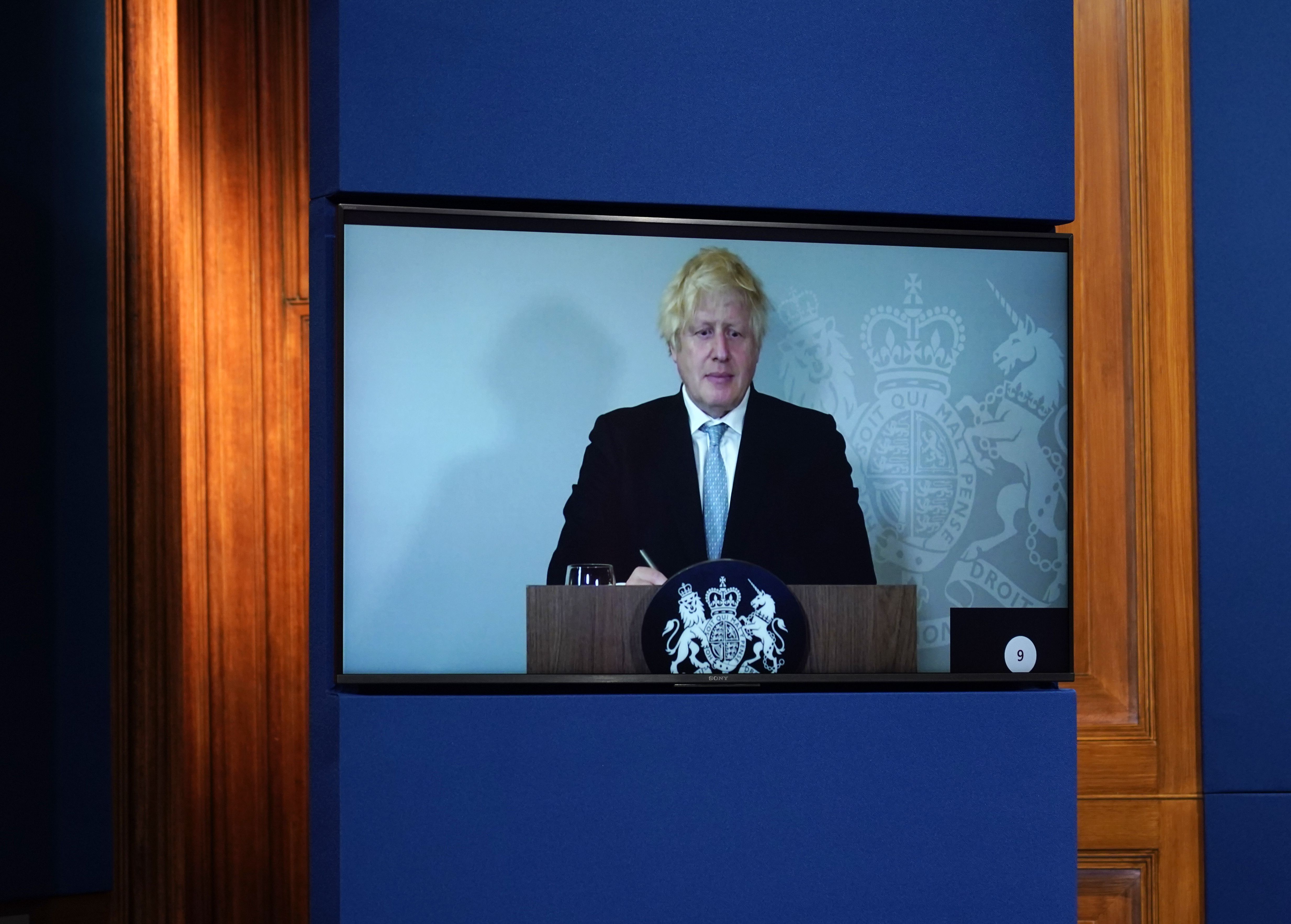 A disgruntled former top aide to Prime Minister Boris Johnson says the British leader was dismissive of the threat caused by surging coronavirus cases last year, saying he did not want to impose a lockdown because the disease was only killing the elderly.

Dominic Cummings left his job as an adviser in November and has since launched a series of excoriating attacks on his former boss.

In an interview with the BBC, Cummings said Johnson resisted imposing a second lockdown in the fall of 2020 because “the people who are dying are essentially all over 80.”

Britain was in lockdown for more than three months from March 2020 before easing up over the summer. The government’s top science adviser advised new restrictions in September, as cases rose again. A new lockdown was imposed in early November, and a third in January.

In extracts of the interview released in advance of broadcast Tuesday, Cummings said Johnson’s attitude in fall 2020 “was a weird mix of, partly ‘It’s all nonsense and lockdowns don’t work anyway’ and partly ‘Well this is terrible but the people who are dying are essentially all over 80 and we can’t kill the economy just because of people dying over 80.’”

Cummings said others had heard the prime minister make the remarks.

The BBC said Cummings showed it a WhatsApp message from October 2020 in which Johnson — who was himself hospitalized in intensive care with the virus in April 2020 — said, ‘I no longer buy all this nhs overwhelmed stuff. Folks I think we may need to recalibrate.” Early in the pandemic, scientists and medics warned that the National Health Service could be overwhelmed by coronavirus patients and cease to function without a national lockdown.

Leaked memo: The New York Times has made two big hires for its secret Substack competitor

Johnson’s office did not deny Cummings’ specific allegation about the lockdown comments, but said that “since the start of the pandemic, the prime minister has taken the necessary action to protect lives and livelihoods, guided by the best scientific advice.”

Cummings, one of the architects of the successful 2016 Brexit referendum campaign that resulted in a vote to leave the European Union, went to work in Downing Street when Johnson became prime minister in 2019, filling a loosely defined but powerful role that saw him dubbed “Boris’s brain.”

Since leaving his job, Cummings has used testimony to lawmakers, blog posts and a stream of tweets to accuse Johnson of overseeing a chaotic government whose failure to act quickly against the coronavirus caused thousands of unnecessary deaths. The U.K. has recorded more than 128,000 deaths among people with COVID-19, the highest toll in Europe after Russia.

Critics accuse Cummings of seeking revenge and trying to downplay his own role in government, ahead of a public inquiry into Britain’s handling of the pandemic that is due to start next year.

Cummings has also admitted not telling the truth about his reasons for driving across the country after contracting COVID-19, in breach of COVID restrictions — a trip that badly dented the government’s credibility. His initial defense — that he was seeking …read more