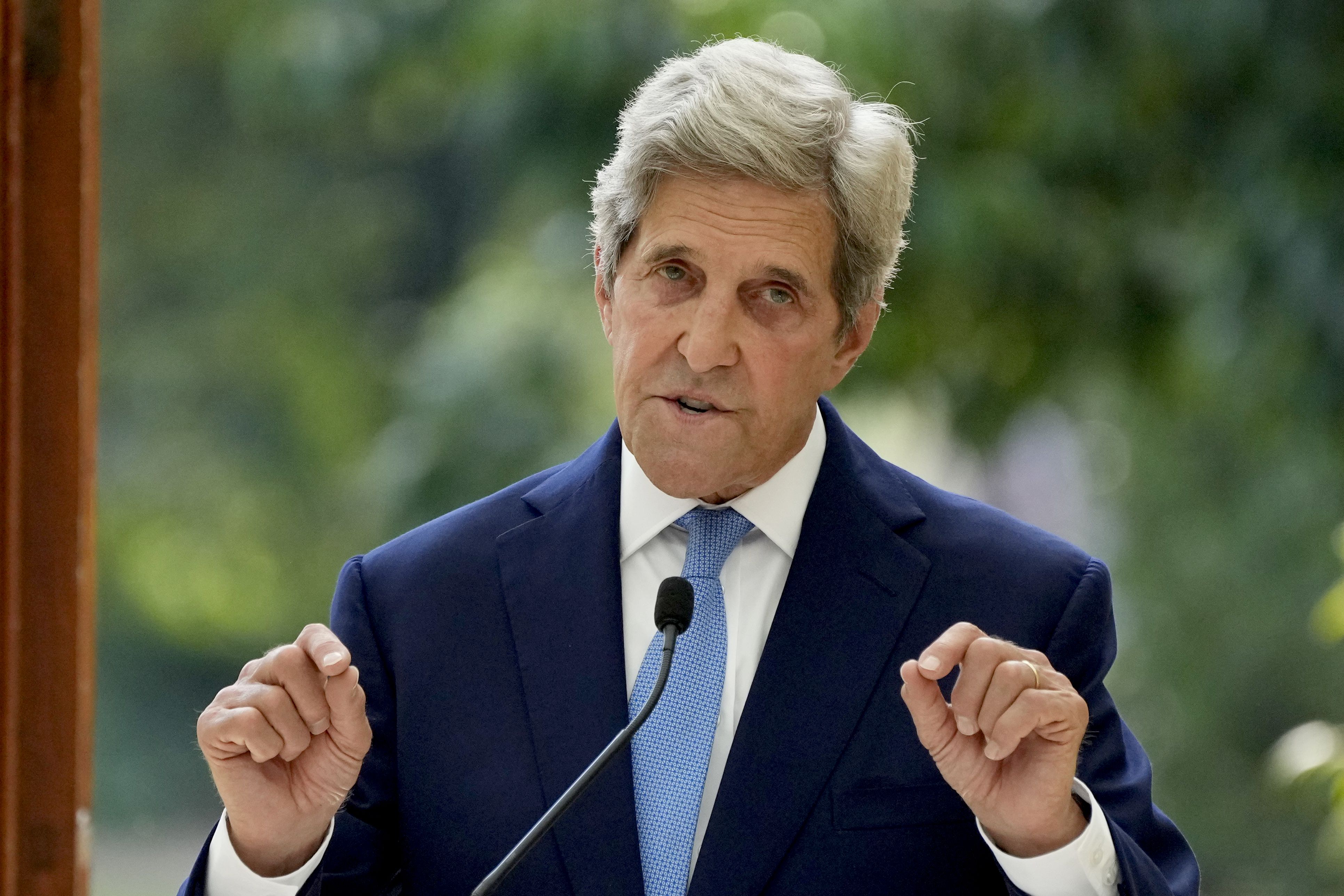 Kerry challenged global leaders to accelerate the actions needed to curb rising temperatures and pull the world back from the edge of the abyss. “Allies, partners, competitors and even adversaries” must work together, he said during a speech at London’s Kew Gardens, a UNESCO World Heritage site where scientists are working to protect plants from global warming,.

“The climate crisis is the test of our own times, and while it may be unfolding in slow motion, to some, this test is as acute and as existential as any previous one,” Kerry said. “Time is running out.”

Kerry described the next decade as decisive, saying countries around the world must speed up efforts to reduce greenhouse gas emissions if they are to meet their commitment to limit temperature increases to no more than 1.5 degrees Celsius over pre-industrial levels.

While many countries have pledged to eliminate net carbon emissions by 2050, the Intergovernmental Panel on Climate Change says emissions must be cut by at least 40% by the end of the decade to keep temperatures in check.

Organizers of the next United Nations climate summit are calling the event later this year in Glasgow, Scotland “the world’s last best chance to get runaway climate change under control.” The primary goal of the meeting, known as COP26, is for countries to set “ambitious” targets for reducing greenhouse gas emissions by 2030.

To meet these targets, countries need to phase out the use of coal, reduce deforestation, accelerate the shift to electric vehicles and encourage investment in renewable energy, according to the conference organizers.

China, the United States and India are the world’s biggest emitters of greenhouse gases, meaning efforts to control climate change are likely to fail unless all three lead the way in slashing emissions.

Kerry referred to the often tense relationship between the U.S. and China but said the future depended on their cooperation. Both countries also need to raise their ambitions, he said.

“It is not a mystery that China and the U.S. have many differences. But on climate, cooperation is the only way to break free from the world’s current mutual suicide pact,” he said. “President Biden and President Xi have both stated unequivocally that each will cooperate on climate despite other consequential differences. America needs China to succeed in slashing emissions. China needs America to do the same.”

“There is an acceptance from…one of the highest climate change officials in the world that climate change is here, it’s real, it’s having an impact, and its future impact will be equivalent to sort of a global war…and therefore we need to do things now,” Froggatt said. “That isn’t just America, that isn’t just the …read more