Bezos blasts off on his space company’s 1st passenger flight 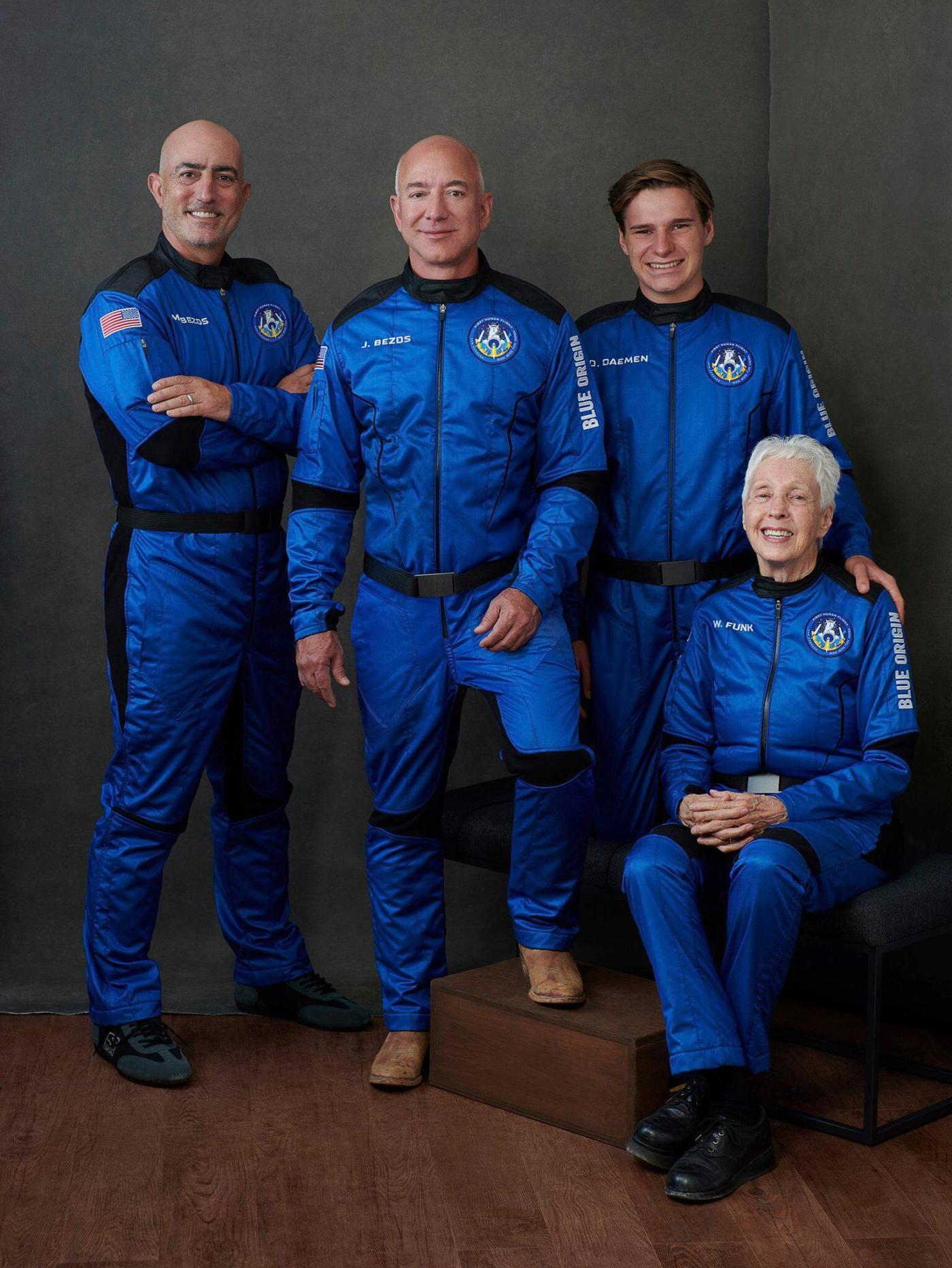 VAN HORN, Texas (AP) — Jeff Bezos blasted off Tuesday on the first flight of his space travel company with people on board, becoming the second billionaire in just over a week to ride his own rocket.

The Amazon founder zoomed toward space with a hand-picked group; his younger brother, an 18-year-old from the Netherlands, and an 82-year-old aviation pioneer from Texas — the youngest and oldest to ever hurtle off the planet.

Named after America’s first astronaut Alan Shepard, the Blue Origin rocket soared from remote West Texas on the 52nd anniversary of the Apollo 11 moon landing, a date chosen by Bezos for its historical significance. He held fast to it, even as Virgin Galactic’s Richard Branson pushed up his own flight from New Mexico in the race for space tourist dollars and beat him by nine days.

Unlike Branson’s piloted rocket plane, Bezos’ capsule was completely automated and required no official staff on board for the anticipated 10-minute, up-and-down flight.

Blue Origin was shooting for an altitude of roughly 66 miles (106 kilometers), more than 10 miles (16 kilometers) higher than Branson’s ride on July 11. The passengers were expected to experience about three to four minutes of weightlessness to float around the spacious capsule and peer out the huge windows.

VAN HORN, Texas (AP) — Jeff Bezos is about to soar on his space travel company’s first flight with people on board.

The founder of Blue Origin as well as Amazon on Tuesday will become the second billionaire to ride his own rocket. He’ll launch from West Texas with his brother, an 18-year-old from the Netherlands and an 82-year-old female aviation pioneer from Texas — the youngest and oldest to ever hurtle off the planet.

Blue Origin’s New Shepard rocket is set to blast off with its eclectic group of passengers on the 52nd anniversary of the Apollo 11 moon landing. Bezos’ parents and other family members were on hand for the launch.

Bezos is aiming for an altitude of roughly 66 miles (106 kilometers), more than 10 miles (16 kilometers) higher than Richard Branson’s ride on July 11.

Bezos, dressed in a blue flight suit and cowboy hat, rode to the launch pad with his fellow passengers. He waved to the cheering crowd gathered along the road and raised a clenched right fist.

The company has yet to open ticket sales to the public and is filling upcoming flights with those who took part in last month’s $28 million charity auction for the fourth capsule seat. The mystery winner bowed out of Tuesday’s launch because of a scheduling conflict. That …read more