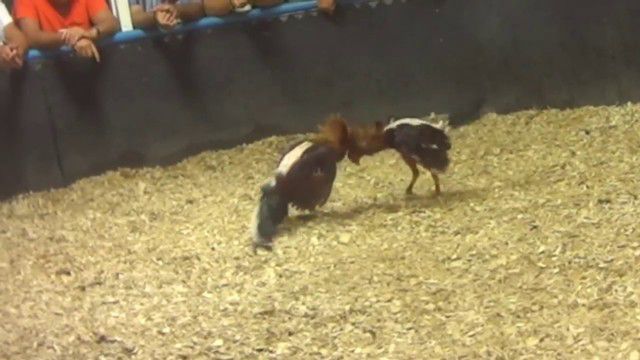 Thirty people, including a juvenile, were arrested after a months-long investigation into an illegal cockfighting ring, Florida’s Agricultural Law Enforcement office reported Tuesday.

Dubbed “Operation Fowl Play,” officers broke up the ring last week in Mayo, Fla., a rural city in North Florida, as officers armed with a warrant busted in to find a crowd gathered to watch roosters fight to their death.

There report said they came upon “a gathering of participants and onlookers actively engaged in the illegal blood sport of fighting or baiting of animals.” Police K9 had to chase down several suspects who fled the area on foot.

A search of the area uncovered three dead roosters and 41 live roosters that were being readied to fight.

Cockfights often end with the death of one of the birds, and many involve spurs that are attached to the rooster’s feet to inflict even more trauma in the blood sport.

According to the National Conference of State Legislatures, cockfighting is illegal in all 50 states. Louisiana’s cockfighting ban, passed in 2007, is the most recent. Cockfighting also is illegal in the District of Columbia, but remains legal in Guam, the Northern Mariana Islands, Puerto Rico and the U.S. Virgin Islands.

All of those arrested, who were from across Florida and Georgia, will be charged with third degree felonies for attending the fighting or baiting of animals. Others are facing additional charges for owning, possessing or selling equipment for use in animal fight, while another is facing child neglect for the juvenile that was in attendance.

Guns, cash and drugs were also found, according to the state’s Department of Agriculture.