Texas Democrats see walkout as the way out of party slump 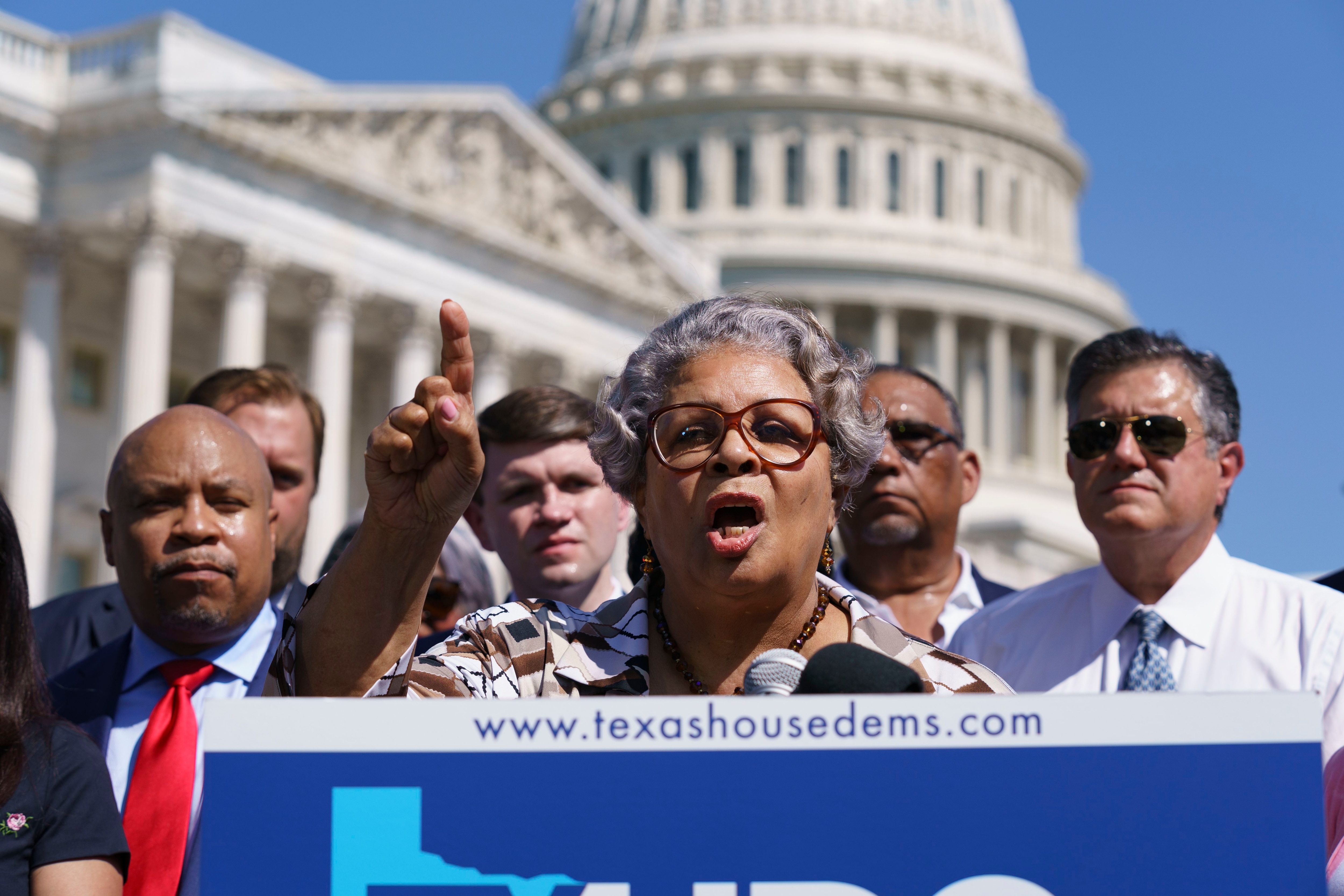 Jasmine Crockett, a Black civil rights lawyer and one of the youngest lawmakers in Texas, was just a few months into her first term in the Legislature when Republicans were on the cusp of passing new limits on when and how Texans could vote.

Like other Democrats, she was adamantly opposed to the bill. But when they discussed using extraordinary tactics to try to block it — including a walkout — she sensed hesitancy from older, veteran members who are more accustomed to being the minority party in the state House of Representatives.

“I don’t understand. Why are we sitting here?” Crockett, 40, recalled of the frustration among her younger colleagues. “We’re asking legitimate questions, like, ‘Can’t we leave? What is the problem?’”

When Texas Democrats bolted for Washington in a dramatic gambit to block the bill, it was a significant strategic victory for Crockett and a group of newer Texas lawmakers, including Black and Latino members, whose instincts are more inclined to confrontational politics. If their long-suffering party is to find a way out of the wilderness in Texas, Democrats need to sharpen their message and their elbows, they argue.

“The demographics are there for someone to win Texas right now. I don’t think it can be someone who is completely measured. They have to be loud and outspoken,” said Crockett, who is the only first-term Black legislator in a state Capitol that still is mostly older and white.

As Texas Democrats enter the second week of their holdout on Monday, they are continuing their media blitz with a town hall on cable news and meetings with members of Congress. To run out the clock on the GOP’s sweeping elections bill back home, Democrats must stay out of Texas for 19 more days, at which point Republican Gov. Greg Abbott says he will immediately call another special session to try for a third time to pass the measure.

'It's not a Trump rally': Biden responds to being heckled while campaigning for former Gov. Terry McAuliffe in Virginia

Nationwide, younger progressives elected to office are pushing a more aggressive strategy within the Democratic Party, most notably in their calls to rewrite Senate rules and do away with the filibuster — it stands in the way of federal voting rights legislation that Texas Democrats say is their best hope of blunting new GOP restrictions back home. A similar dynamic spurred the first dramatic walkout in May, though Texas Democrats remain more unified.

Still, they acknowledge wanting their party to take a harder edge as the GOP implements a far-reaching conservative agenda after President Donald Trump lost his bid for reelection in November.

“They tend to be a little more combative,” said Rice University professor Mark Jones, a political scientist who has scored Texas lawmakers’ partisanship since 2009. “The older style would have been to have worked this out behind the scenes. The younger style is more to make it public and make it more of a protest movement.”

Jones is skeptical that it helps Democrats’ quest to flip America’s biggest red state in the long run.

“It’s inextricably linked Texas Democrats to national Democrats, who are quite unpopular in …read more