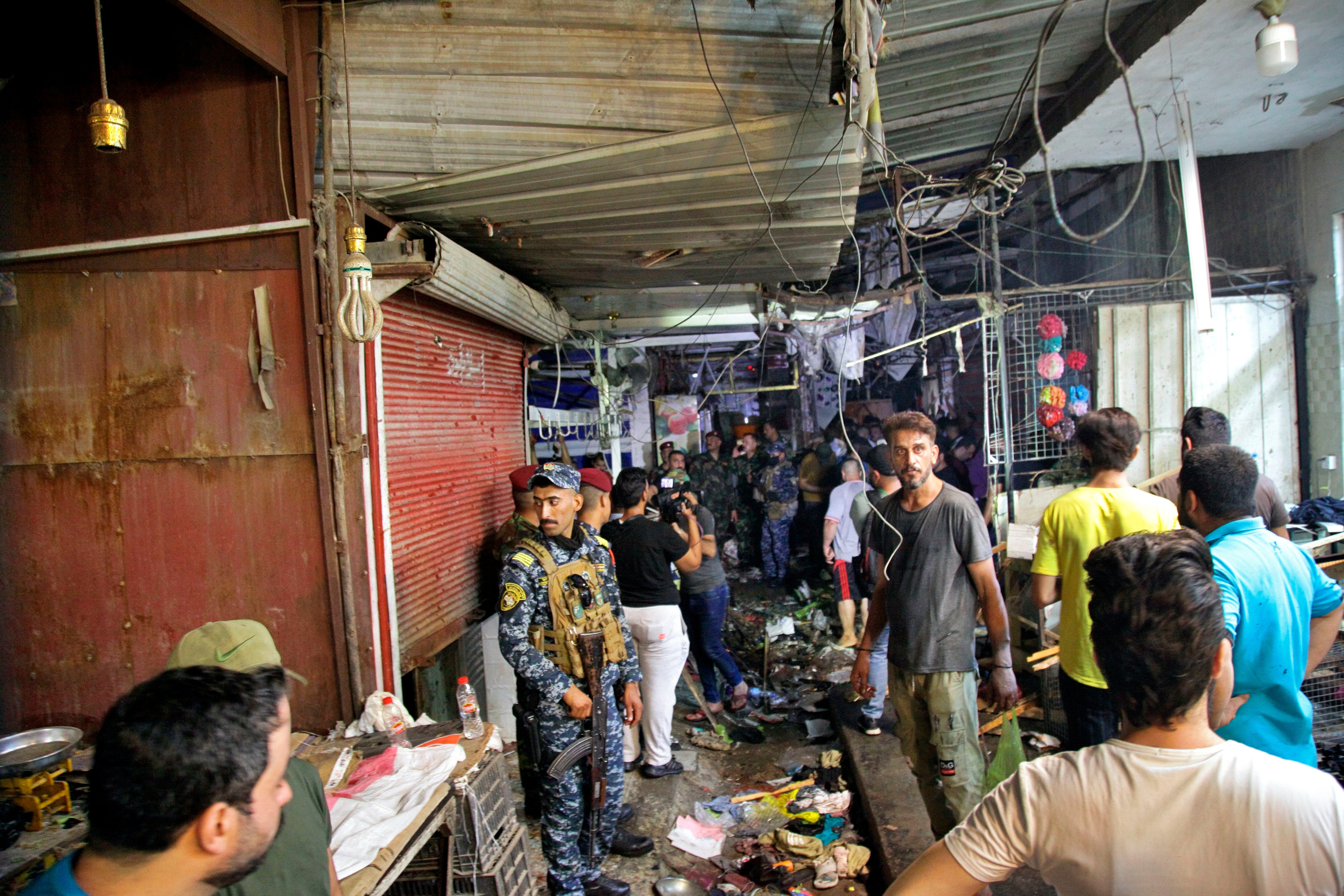 A roadside bomb attack targeted a Baghdad suburb Monday, killing at least 25 people and wounding dozens of others at a crowded market, Iraqi security officials said.

The attack took place in the Wahailat market in Sadr City, Iraq’s military said in a statement. Two Iraqi security officials said at least 25 people were killed and dozens more wounded in the powerful explosion. They spoke on condition of anonymity in line with regulations.

The blast happened a day before the Eid al-Adha holiday when the market was busy with shoppers looking for gifts and groceries.

Piles of merchandise lay on the ground after the explosion. Shopkeepers recounted to security forces how the blast occurred as they salvaged what items they could.

There was no immediate claim of responsibility for the bombing but the Islamic State group has claimed similar attacks in the area before.

Prime Minister Mustafa al-Kadhimi placed the commander of the federal police regiment responsible for the area of the market place under arrest, the military statement said. It also said an investigation was launched.

It was the third time this year that a bomb hit a market in the densely populated neighborhood in eastern Baghdad.

In June, 15 people were wounded when a bomb placed under a kiosk in another Sadr City market detonated. In April, at least four people were killed in a car bomb attack in Sadr City. That blast was caused by an explosive device attached to a parked car at the market.

America is facing a teacher shortage, and some school districts are giving out signing bonuses to attract staff

Large bomb attacks, once an almost daily occurrence in Baghdad, have slowed in recent years since IS was defeated on the battlefield in 2017.

Attacks persist, however. In January, over 30 people were killed in a twin suicide bombing in a busy commercial area in central Baghdad. It was the deadliest bombing in three years to strike Iraq’s capital.