‘Roaring back’ is just a campaign slogan, not reality 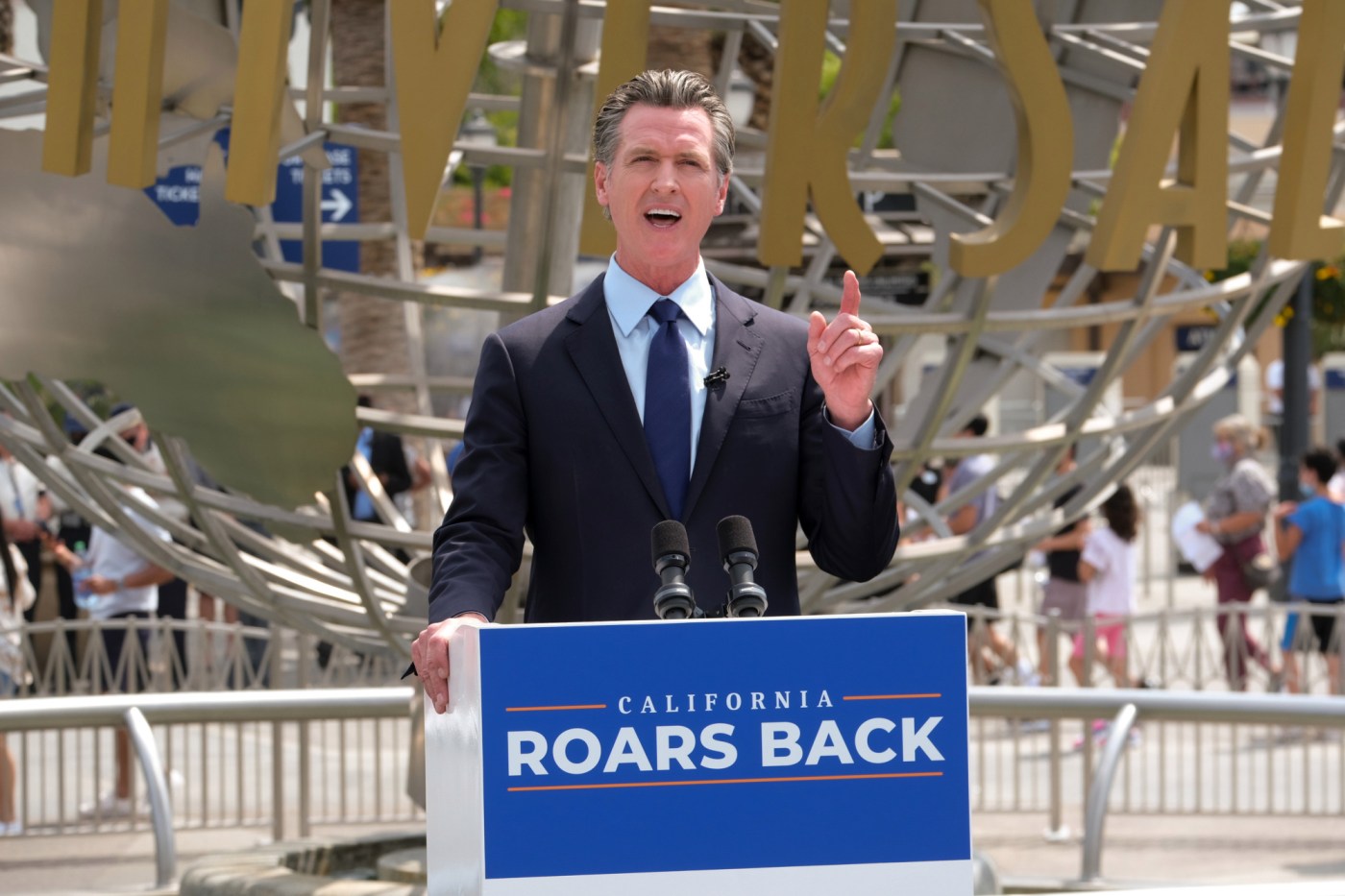 Virtually every day, Gov. Gavin Newsom shows up someplace in California to proclaim, for the umpteenth time, that the state is “roaring back” from the COVID-19 pandemic.

These highly orchestrated events are billed as official state business, but in fact are merely political campaign appearances aimed at persuading voters to support him in the Sept. 14 recall election, mostly by touting one of the multi-billion-dollar giveaways in his new state budget.

“As the state comes roaring back from the pandemic, we’re laser-focused on getting this assistance out the door as quickly as possible and providing supports across the board to help Californians get back on their feet,” Newsom said at a stop in Southern California last week to highlight a new program to pay overdue rent.

One could conclude that Newsom, in parceling out cash from an unexpected windfall of revenue, is trying to buy votes with taxpayer money.

There are three troubling aspects to that self-serving effort.

One is that blatant campaigning under the guise of official business is unsavory. While not uncommon in other states, until now California governors have been fairly meticulous about separating official business from their re-election campaign events.

The second is that in spending so much money so quickly Newsom may be endangering the state’s fiscal health. His predecessor, Jerry Brown, who preached frugality and was wary of launching new programs that could mushroom out of control, warned of the danger in a television interview this month.

Brown said the state faces “fiscal stress” in the years ahead as revenues return to more normal levels. “The word is volatility,” Brown said. “Money comes and money goes. The federal government is going deeper into debt, they are spending money wildly. The state is now spending money. It is not sustainable.”

Brown noted that the state is highly dependent on a relative handful of high-income taxpayers for its revenue, saying, “the growing utter inequality of the economy because the rich people make so damn much money and California happens to tax the rich people disproportionally… we need a more frugal, sustainable, more prudent way of doing business.”

Finally, Newsom’s “roaring back” mantra sidesteps the state’s very real socioeconomic problems which, if anything, have worsened during the pandemic. California still has one of the nation’s highest unemployment rates with well over a million jobless workers. We had the nation’s highest level of poverty before the pandemic and it has surely increased.

The major factor in California’s high poverty is the state’s very high cost of living, particularly for housing, but for other necessities as well, such as gasoline and utilities.

Newsom has offered only token and/or short-term responses to those costs, such as rental and utility bill assistance and cash payments to low-income families that probably, as Brown warns, cannot be sustained.

The state’s housing shortage continues to put upward pressure on rents and home prices and the $3.5 billion that Newsom’s new budget contains for affordable housing would build fewer than 10,000 units in a state that’s at least 80,000 units short of meeting its own housing quotas each year.