Huge Oregon blaze grows as wildfires burn across western US 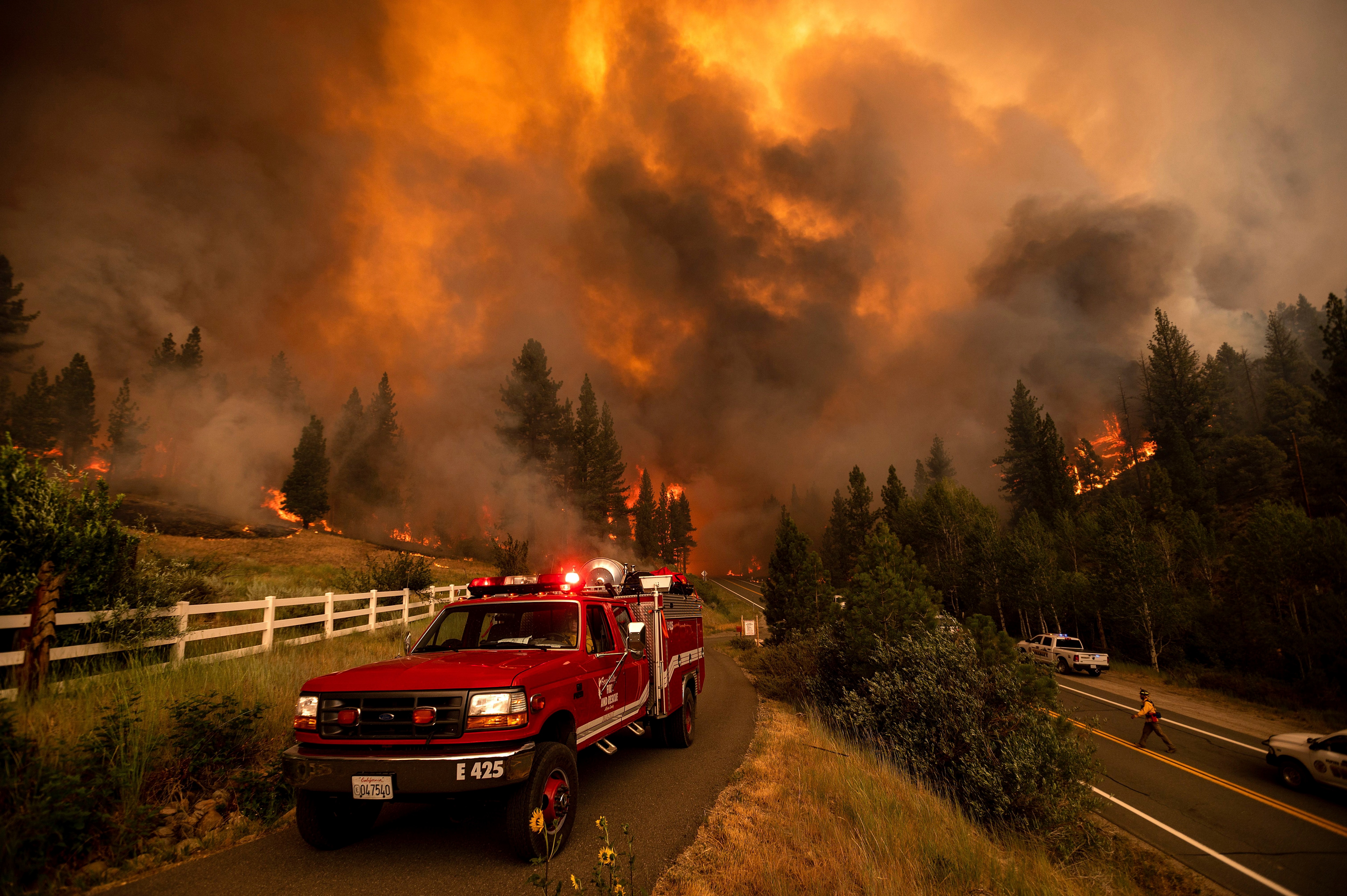 The largest wildfire in the U.S. torched more dry forest landscape in Oregon on Sunday, one of dozens of major blazes burning across the West as critically dangerous fire weather loomed in the coming days.

The destructive Bootleg Fire just north of the California border grew to more than 476 square miles (1,210 square kilometers), an area about the size of Los Angeles.

“We’re still facing a lot of weather issues,” she said Sunday. “The winds have been … hampering our efforts most of the time.”

Authorities expanded evacuations that now affect some 2,000 residents of a largely rural area of lakes and wildlife refuges. The blaze, which is 22% contained, has burned at least 67 homes and 100 outbuildings while threatening thousands more.

At the other end of the state, a fire in the mountains of northeast Oregon grew to more than 17 square miles (44 square kilometers) by Saturday night.

In California, a growing wildfire south of Lake Tahoe jumped a highway, prompting more evacuation orders and the cancellation of an extreme bike ride through the Sierra Nevada on Saturday.

The Tamarack Fire, which was sparked by lightning on July 4, had charred nearly 29 square miles (74 square kilometers) of dry brush and timber as of Sunday morning. The blaze was threatening Markleeville, a small town close to the California-Nevada state line. It has destroyed at least two structures, authorities said.

A notice posted on the 103-mile (165-kilometer) Death Ride’s website said several communities in the area had been evacuated and ordered all riders to clear the area. The fire left thousands of bikers and spectators stranded in the small town and racing to get out.

Kelli Pennington and her family were camping near the town Friday so her husband could participate in his ninth ride when they were told to leave. They had been watching smoke develop over the course of the day, but were caught off guard by the fire’s quick spread.

“It happened so fast,” Pennington said. “We left our tents, hammock and some foods, but we got most of our things, shoved our two kids in the car and left.”

Meteorologists predicted critically dangerous fire weather with lightning possible through at least Monday in both California and southern Oregon.

“With the very dry fuels, any thunderstorm has the potential to ignite new fire starts,” the National Weather Service in Sacramento, California, said on Twitter.

Extremely dry conditions and heat waves tied to climate change have swept the region, making wildfires harder to fight. Climate change has made the West much warmer and drier in the past 30 years and will continue to make weather more extreme and wildfires more frequent and destructive.