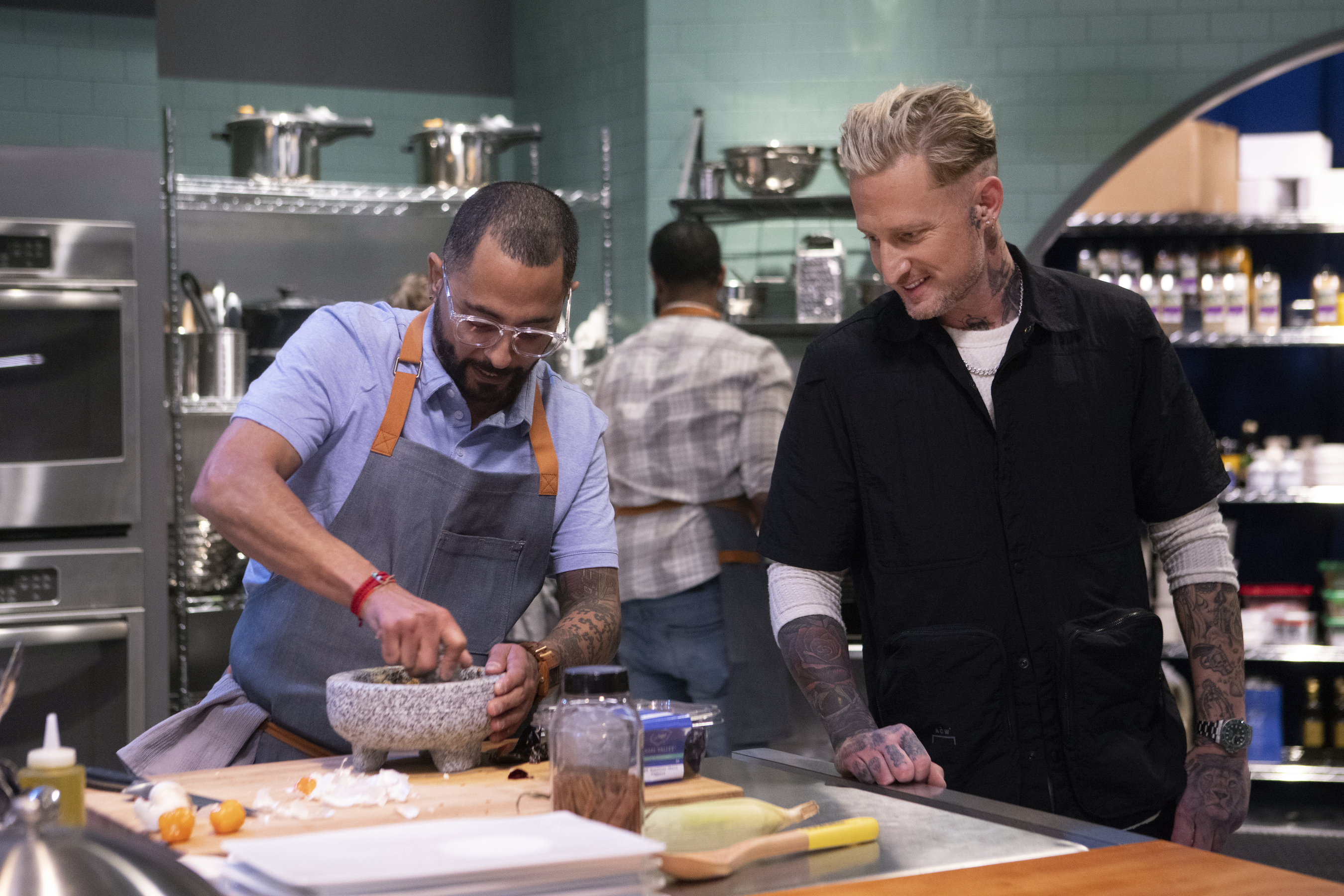 The Voltaggio brothers have worked together in the restaurant industry since they were teens and have opened several respected spots in their long culinary careers.

But when it comes to getting competitive in the kitchen, it’s no-knives-barred for these brothers who will battle it out on a new Discovery+ show this summer.

“It’s about cooking, and it’s about educating and it’s about mentorship. And is it competitive? I can confirm that it is very competitive, not only as coaches and mentors but we step in as players,” said Los Angeles-based chef Michael Voltaggio, who hosts “Battle of the Brothers” with older brother Bryan Voltaggio. The six-part cooking competition streams on the channel beginning June 17, with the first three episodes available immediately followed by weekly episodes.

The show will feature the brothers and eight up-and-coming chef competitors who will begin the battle by cooking a dish inspired by the four seasons.

As the chefs are cooking, the brothers check out their skills to determine who they want on their team to mentor throughout the competition.

Once the teams are in place, the brothers will do more than just mentor because during elimination challenges the hosts will put on their aprons, take out their knives and cook alongside their mentees to help save them from elimination.

Michael Voltaggio checks in on contestant Larry Abrams as he cooks during the first round challenge of the new Discovery + show” Battle of the Brothers” which streams June 17. (Photo courtesy Discovery +)

Bryan Voltaggio checks in on contestant Shelby McCrone as she cooks during the first round challenge of the new Discovery + series “Battle of the Brothers,” which streams June 17. (Photo courtesy Discovery +)

Fans celebrate at Boots in the Park music festival, the first since COVID-19 mandates lifted

Bryan Voltaggio and Michael Voltaggio meet with the chefs before the first round challenge on the new Discovery + show “Battle of the Brothers,” which streams June 17. (Photo courtesy Discovery +)

“Michael and I are very much still involved in our restaurants every day. We cook, we’re at our stoves and so you will see that in ‘Battle of the Brothers,’” Bryan said. “And we have to really bring it because we have to save our people from going home,” he said.

And as far as having mentors, the contestants are in good hands since the Voltaggios are not only experienced chefs, they’re also seasoned competitors.

They went head to head against each other in season six of “Top Chef,” when Michael took home the top prize and Bryan was the runner-up.

Bryan, who lives in Maryland, was also a finalist on season five of “Top Chef Masters” and “Top Chef: All-Stars L.A.” and co-authored the cookbook, “VOLT.Ink” with Michael.

And the show’s winner will get in on the family business because the top prize is that they get to run Bryan’s flagship Frederick, Maryland, restaurant Thacher & Rye, at …read more