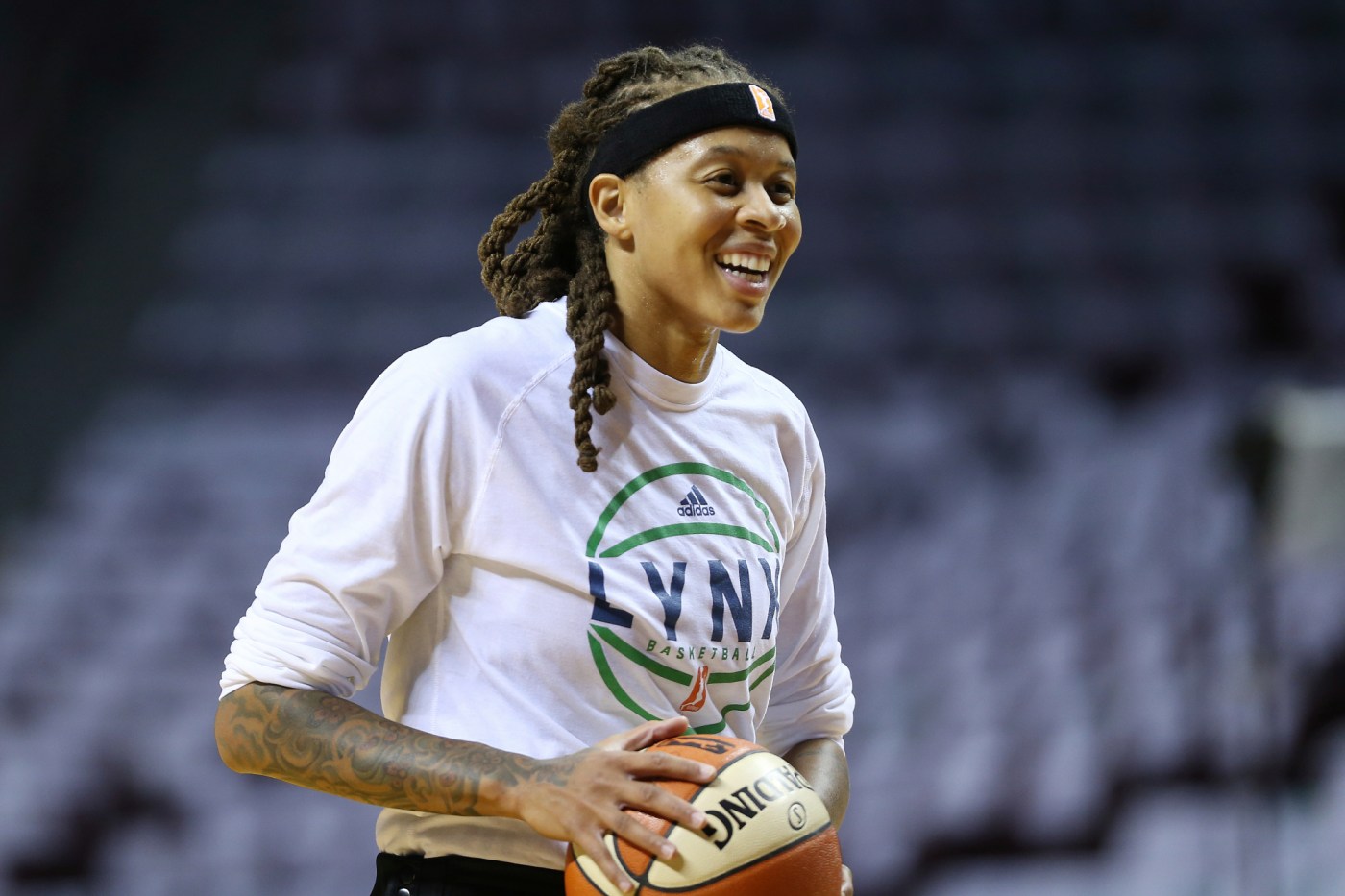 The second leg of the Sparks’ East Coast road trip concludes in Minnesota with a homecoming for Sparks assistant coach Seimone Augustus.

In 2006, the Lynx drafted Augustus No. 1 and watched her grow from the Rookie of the Year to an eight-time All-Star who would raise the franchise’s first championship banner in 2011 plus three more.

After 14 seasons in Minnesota, Augustus signed with the Sparks and played the 2020 season in the COVID-19-contained “Wubble” in Florida.

Augustus decided in May to retire and join the Sparks’ coaching staff, meaning she never returned as a player to face her former team.

“Minnesota knows that they have a piece of my heart, they always will,” Augustus said in a press conference following her retirement announcement last month. “I gave them everything in 14 years that I could do, and I felt that in return. The fans were always amazing.”

Throughout 46-minute virtual press conference, Augustus maintained her usual presence: candid and light-hearted. She expressed sadness only when speaking about Lynx fans, even shedding tears thinking of the crowds who cheered her on for more than a decade.

“I can’t wait to get back to the Target Center to allow them and allow myself to just have that one big crash, so bring your tissues. We are going to get it in, let it out, and release,” she said. “Then we’ll be able to go forward and compete.”

Augustus will have to filter out the sentiments assisting the Sparks on getting back to the win column. Thursday night’s 89-71 loss to the Washington Mystics indicated cracks in the “grit and grind” approach of outworking opponents while short-handed to churn out victories.

With Nneka Ogwumike missing extended time with a knee sprain, her sister Chiney was ruled out for her fifth consecutive game in Washington D.C. It appeared neither sister made the trip out east with the team.

Washington beat the Sparks (4-4) at their own game, earning all the hustle points. The Mystics (4-5) outrebounded Los Angeles 43-31, including 12 on the offensive end leading to second-chance opportunities.

“I give myself about 12 hours to sulk about it, then I learn from it and keep pushing,” Sparks’ guard Brittney Sykes said after the loss to the Mystics. “We can’t go back.”

The Sparks move forward to the Lynx (3-5), who also recently lost to the Mystics 85-81 on the road. Minnesota committed 23 turnovers in Tuesday’s game, which could bode well for a Sparks squad that thrives off mistakes, scoring a league-best 11.3 points off turnovers.

After dropping Thursday’s game, the Sparks’ offensive rating fell to last in the WNBA and they relinquished their No. 1 defensive rating ranking, dropping to third.