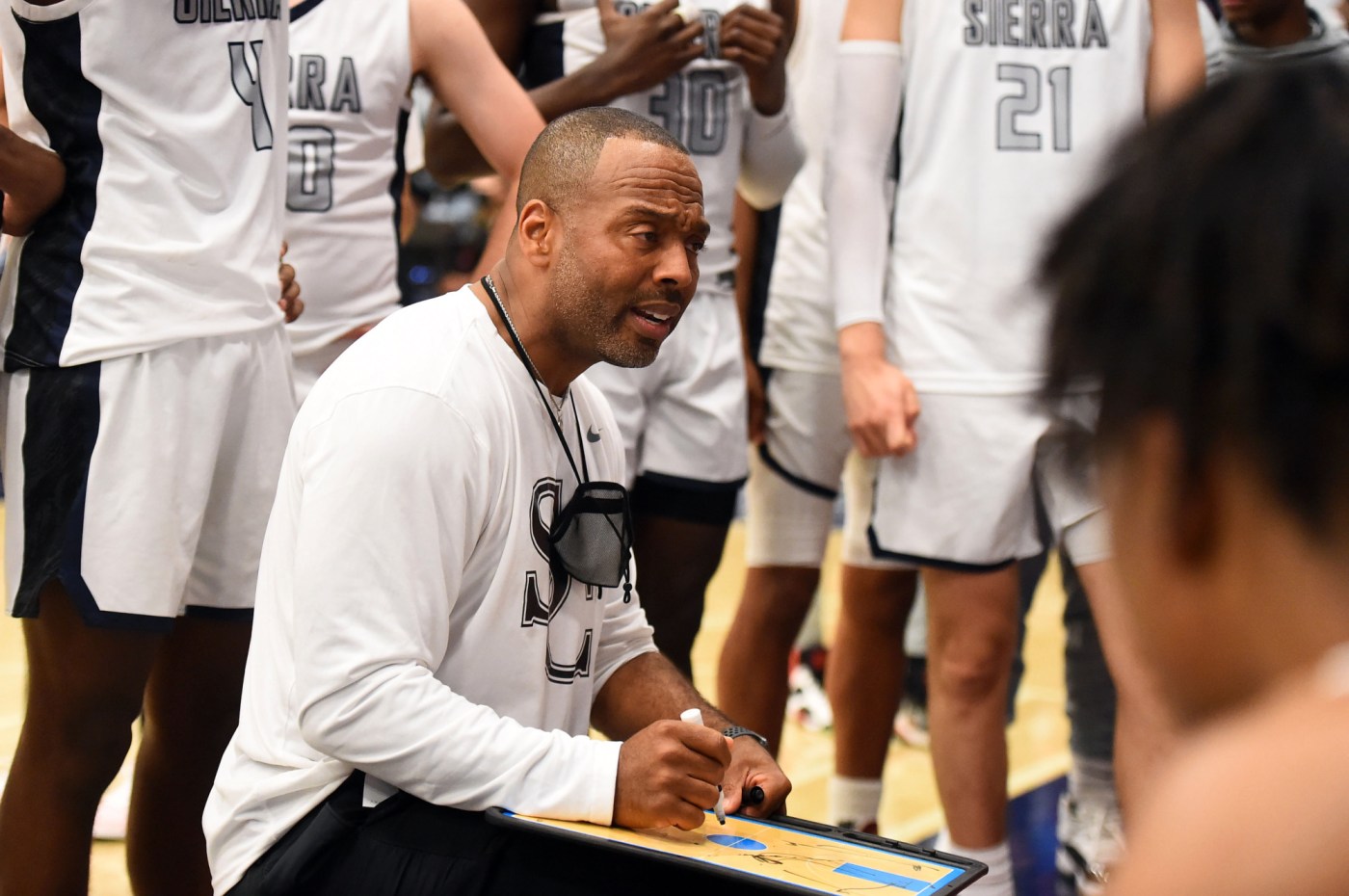 Sometimes, numbers are hard to ignore.

The Sierra Canyon boys basketball team will put a 21-game postseason winning streak, dating back to 2018, on the line Friday night when the Trailblazers host Corona Centennial in the CIF Southern Section Open Division final at 7 p.m.

It will mark Sierra Canyon’s fourth straight appearance in the title game, and could be the third straight Open Division victory if the Trailblazers maintain this season’s unbeaten record, which is currently 15-0.

What’s more impressive is the roster that’s doing it. Despite superstar juniors like Amari Bailey, Shy Odom and Ramel Lloyd, this Sierra Canyon team is the least talented on paper in six years. Yet, coach Andre Chevalier achieved his 350th career win last week against Etiwanda to clinch the final berth, and has won 81 of the team’s 88 games. In fact, only two of those losses came to a team in California (Rancho Christian twice).

Last year’s roster had two McDonald’s All-Americans on it in Brandon Boston Jr. and Ziaire Williams, and 7-foot-3 Harold Yu. The two prior seasons had Cassius Stanley, KJ Simpson and Scotty Pippen Jr – and Duane Washington for one season. The years prior to that, the team was headlined by Remy Martin, Cody Riley, and Marvin Bagley III.

However, Bailey, Odom and Lloyd have clearly shown their superstardom is enough.

Lloyd led the team in scoring in the team’s first playoff win against St. John Bosco with 25 points (with four 3s). Bailey’s herculean effort in the second playoff win over Ribet Academy required 38 points (28 in the second half), as Sierra Canyon overcame a 17-point deficit. Along the way, Odom, the biggest player on the team at just 6-foot-7, has been the most unselfish. Playing out of position, banging inside with true centers.

At least 15 die in multiple attacks near US-Mexico border

Let’s not forget the key role players that have stepped up in the sudden absence of wing Chance Westry and forward Max Allen, who left the school, and the knee injury sophomore Bronny James suffered that’s kept him sidelined all season. Sharpshooting senior Ryan Grande, Energizer bunny Alpha Chibambe, football player Jojo Phillips, freshman forward Malik Rasul, and backup point guard Dylan Metoyer have all contributed in a way that previous superstar Sierra Canyon teams have not seen before due to the short rotation.