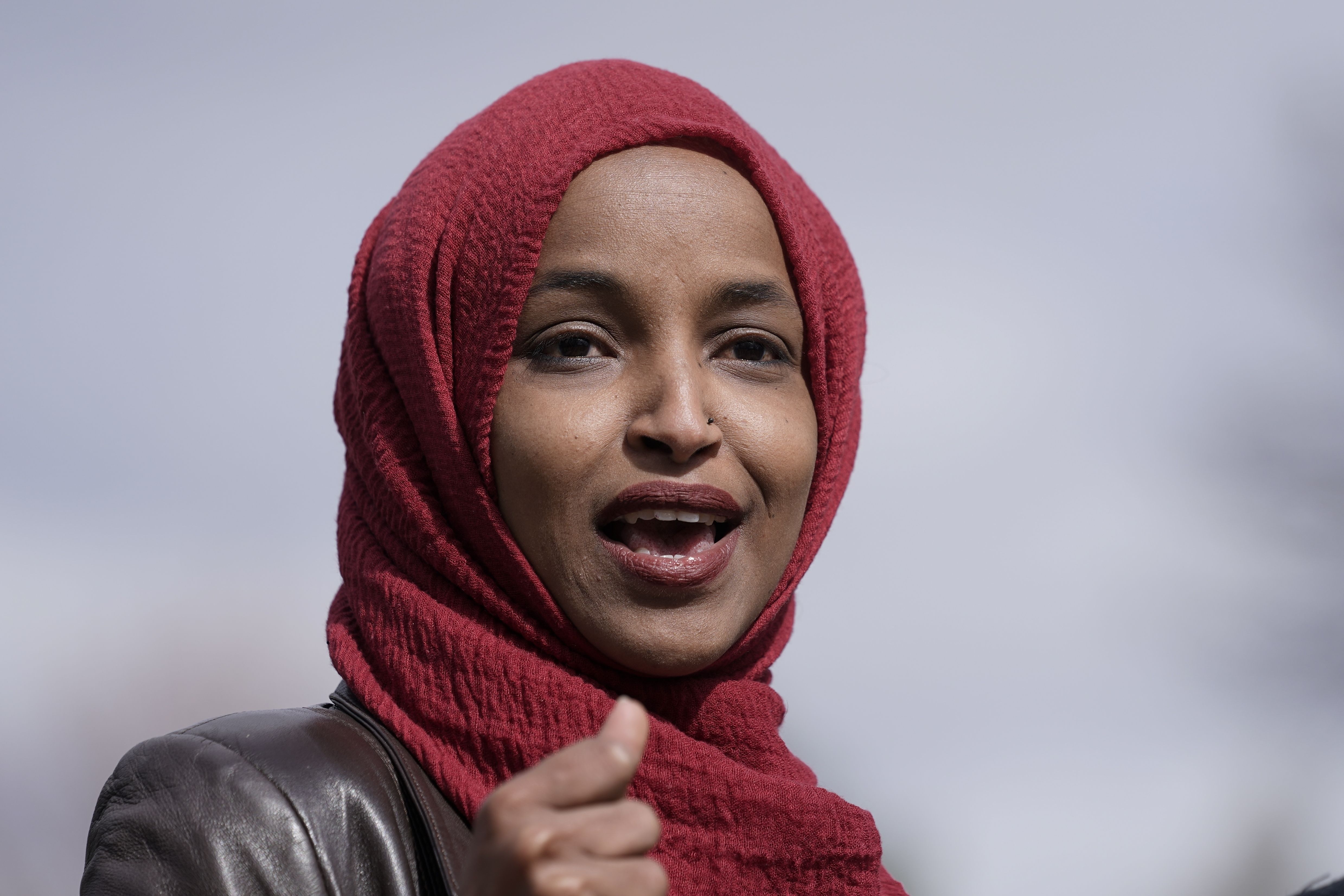 A group of Jewish House Democrats have accused Rep. Ilhan Omar of likening the U.S. and Israel to Hamas and the Taliban and giving “cover to terrorist groups,” marking the latest flareup within the party over the Middle East.

Hours after the dozen lawmakers released a statement criticizing their Democratic colleague from Minnesota, Omar fired back Thursday on Twitter. She accused them of “islamophobic tropes” and “constant harassment” and posted a threatening voice mail that she said the incident had prompted.

The fiery, public exchange was the latest example of how the conflict between Israel and Palestinians has roiled congressional Democrats. Their divisions, generally pitting younger progressives against older, establishment-leaning lawmakers, have intensified since last month’s 11-day war between Israel and Hamas.

It was also the most recent instance in which Omar, 38, has clashed with fellow Democrats on the issue. Two months after she arrived in Congress, the House approved a resolution in 2019 condemning anti-Semitism and other forms of bigotry — without mentioning her — after she made remarks that critics said accused Israel supporters of having dual allegiances.

Earlier this week, Omar, a Muslim-American born in Somalia, tweeted an exchange with Secretary of State Antony Blinken in a video conference in which she called for justice “for all victims of crimes against humanity.”

The remarks that drew the most attention came when she said, “We have seen unthinkable atrocities committed by the U.S., Hamas, Israel, Afghanistan, and the Taliban. I asked @SecBlinken where people are supposed to go for justice.”

Late Wednesday, Rep. Brad Schneider, D-Ill., and 11 other Jewish House Democrats issued a two-paragraph statement labeling her remarks offensive and misguided. They said she should “clarify” what she meant.

“Ignoring the differences between democracies governed by the rule of law and contemptible organizations that engage in terrorism at best discredits one’s intended argument and at worst reflects deep-seated prejudice,” they wrote.

They said that while the U.S. and Israel are “imperfect” and merit occasional criticism, “False equivalencies give cover to terrorist groups,” they added.

Omar tweeted back that was “shameful” that fellow Democrats who sometimes seek her support on issues didn’t ask her for an explanation by simply calling her.

“The islamophobic tropes in this statement are offensive. The constant harassment & silencing from the signers of this letter is unbearable,” she wrote.

She said her comments did not reflect prejudice and cited an International Criminal Court investigation of the recent fighting between Israel and Hamas. “You might try to undermine these investigations or deny justice to their victims but history has thought us that the truth can’t be hidden or silenced forever,” she wrote.

She also wrote, “Every time I speak out on human rights I am inundated with death threats.” She posted an excerpt of an expletive-laden voice mail she said she’d just received with a caller hoping she gets “what’s coming for you.”

In a sign of what Republicans might attempt when the House returns next week from recess, the National Republican …read more