Remarks about LeBron James get Pat Riley fined $25,000 for tampering 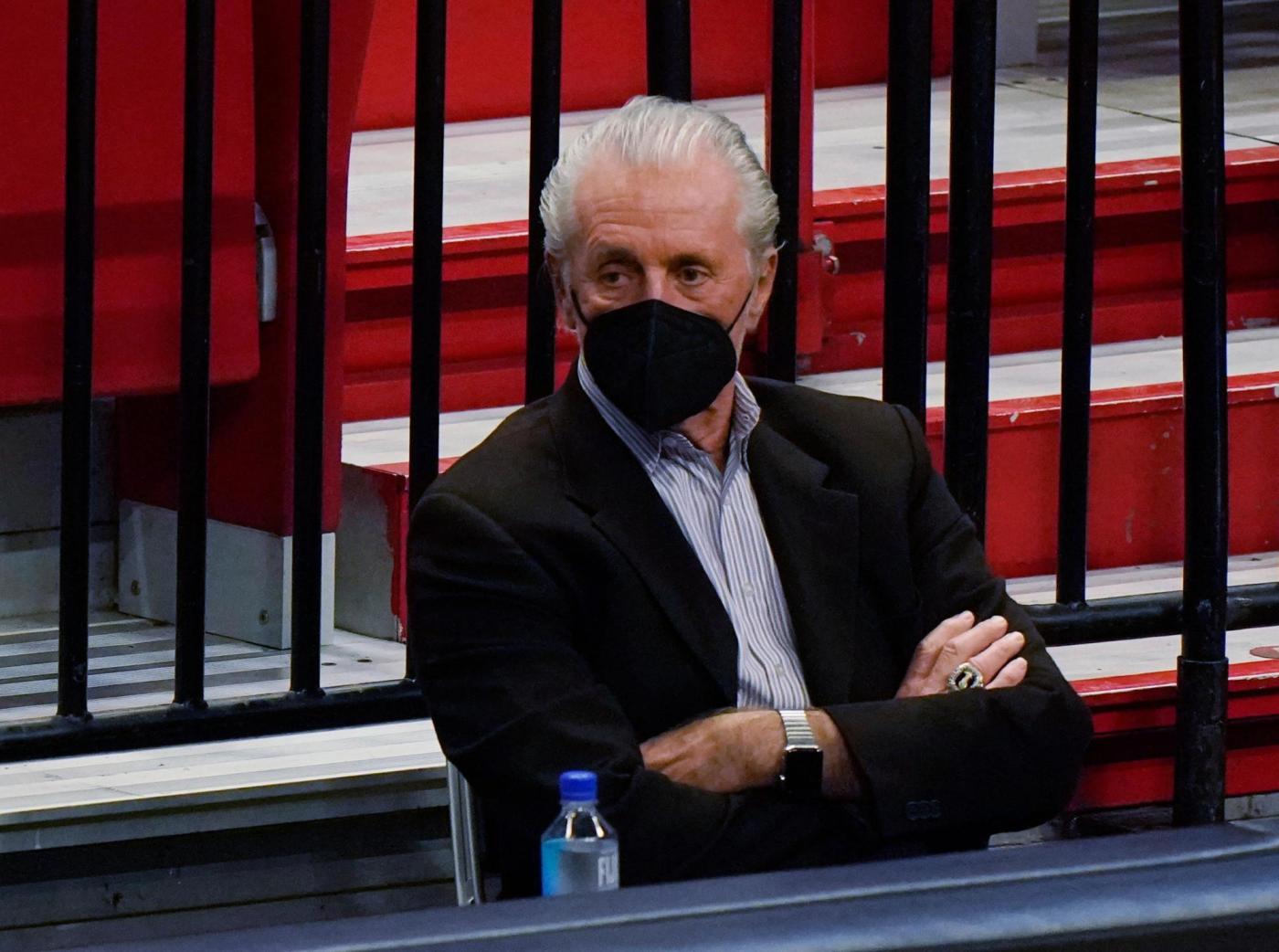 NEW YORK (AP) — Miami Heat President Pat Riley was fined $25,000 by the NBA on Wednesday for being too clear that he’d eagerly welcome a reunion with LeBron James.

The league said Riley violated its anti-tampering rule with his remarks during an interview Friday on Dan Le Batard’s radio show.

Riley said he would “leave the key under the doormat” if James called and said he wanted to return to Miami. James led the Heat to two NBA titles and four straight appearances in the finals before returning to Cleveland in 2014.

Riley is the second executive to be fined in three days for tampering. The NBA penalized Philadelphia’s Daryl Morey and the team $75,000 apiece on Monday for a tweet about Stephen Curry.

What the Lakers say they’re working on this offseason

Analysis: The biggest questions facing the Lakers for the 2021 offseason

Run it back? Lakers believe they had the pieces to win another championship