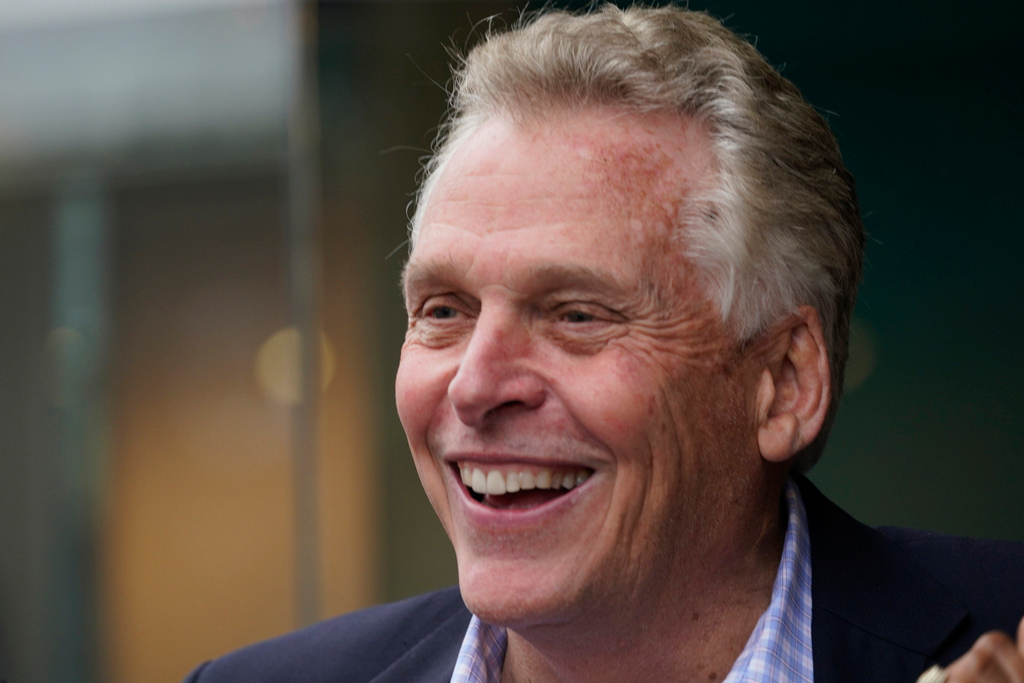 RICHMOND, Va. — Terry McAuliffe, the exuberant former Virginia governor and longtime fixture of Democratic politics, won the party’s nomination Tuesday in his quest for a second term in office.

McAuliffe will go on to face GOP nominee and political newcomer Glenn Youngkin in the November general election.

Virginia is the only state in the nation with an open race for governor this year, and the contest is expected to be closely watched as a barometer of voter sentiment in each party heading into the midterm elections. Virginia Republicans have not won a statewide race in over a decade.

McAuliffe, a longtime Democratic Party fundraiser and a close friend of Bill and Hillary Clinton, held office from 2014 to 2018. Like all Virginia governors, he was prohibited from seeking a consecutive term. He jumped into the race in December after deciding in 2019 against a run for president.

He earned the endorsement of Gov. Ralph Northam, who said McAuliffe was best suited to lead Virginia out of the economic recovery from the pandemic and cement the transformational changes Democrats have implemented since taking full control of state government in the 2019 elections.

McAuliffe also far out-fundraised the other candidates: state Sen. Jennifer McClellan, former Del. Jennifer Carroll Foy, Lt. Gov. Justin Fairfax and Del. Lee Carter. From the jump, he had the backing of a substantial number of elected officials across the commonwealth, including many powerful Black lawmakers.

He drew criticism from some more progressive voters who criticized his record on energy and criminal justice issues and who saw him as standing in the way of Carroll Foy and McClellan, who were each trying to become the nation’s first Black woman governor.

Republicans picked their nominees for this year’s statewide races in a multisite convention process in May. Youngkin is a former executive at an investment firm who has pledged to use his personal wealth to power his campaign. He will join lieutenant governor nominee Winsome Sears and attorney general nominee Jason Miyares on the GOP ticket this fall.