Marines shore up roadways on Catalina Island as part of training 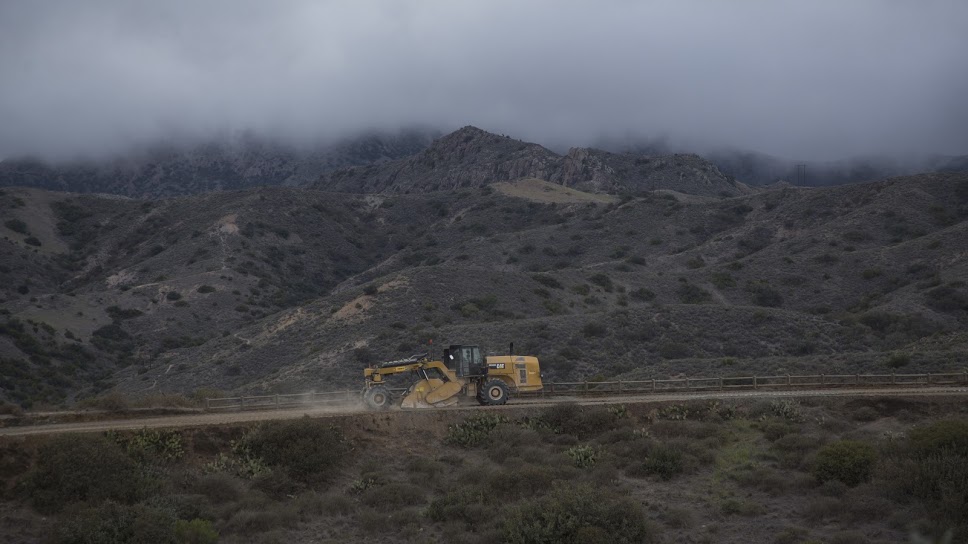 A narrow, windy roadway tracing high cliffs and steep drop-offs on Catalina Island has now been shored up and is no longer at risk of washing out during rain storms thanks to some recent work by Marines.

For the last six weeks, a group from the Marine Wing Support Squadron 373 out of Marine Corps Air Station Miramar has been digging out, smoothing and compacting roads on the island in what was real-world training for the Marines and a savings for the locals that will keep the island’s commerce, its residents and tourism moving.

The project was a collaboration between the Catalina Island Conservancy, one of the state’s oldest land trusts, and the Department of Defense’s Innovative Readiness Training Program, which pairs military with civilian communities for the common good.

Marines head out to an Osprey after completing a road project on Catalina Island. (Photo by Jessica Boudevin)

Marines work along a road on Catalina Island. The project was part of a training program from the Department of Defense that pairs military units with work in civilian communities. (Photo courtesy of the Catalina Island Conservancy)

The project was the second for the squadron on Catalina. In 2019, a 3,000-foot runway was rebuilt at the island’s airport. Plans for more collaborations are in the works, officials said, and could include bridges, hangars and other facility construction projects.

While the road repair project helped Marines train for scenarios they might encounter on future remote island deployments, Catalina Island and the town of Avalon now have better access along several roads critical to the locals – one connecting both sides of the island and another leading to Catalina’s Airport in the Sky.

The Marines rebuilt a mile and a half of roadway along three road segments and added five new culverts to keep water off the road. One of the roads worked on, which leads to a campground and other important island infrastructure, …read more