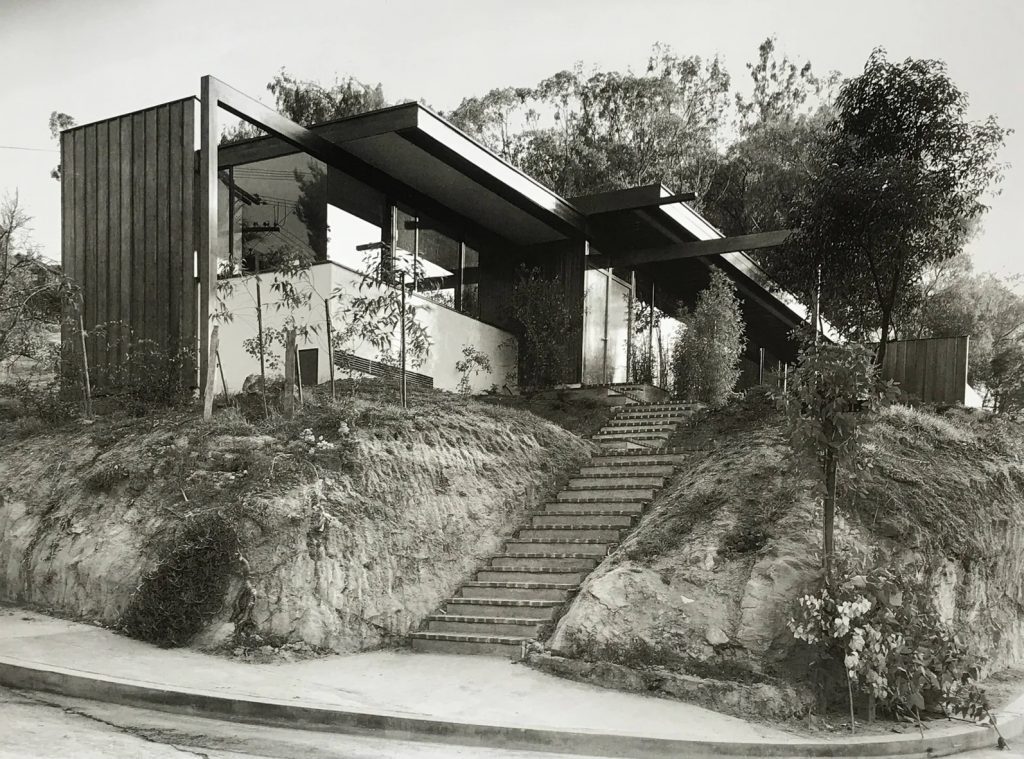 The hillside home, at 2440 Neutra Place in Silver Lake, was built in 1951 as a speculative home. It was named the “Reunion House,” as it was envisioned to be a house where grandparents would live and family reunions would happen, according to the cultural monument nomination form. Neutra would often create narratives for hypothetical clients while working on projects.

Dion, who was also an architect and trained under Richard, contributed to the home by making several refinements and adding an apartment over the garage.

“Independently of one another, both Richard and Dion made minor alterations to the house throughout decades, a unique circumstance in the Neutra canon,” Barbara Lamprecht, the author of three books on Richard Neutra, said during a presentation before the Los Angeles Cultural Heritage Commission meeting on Jan. 21. The commission unanimously voted to recommend the City Council add the Reunion House to the Historic-Cultural Monument list.

The 2,155-square-foot home, which is hidden behind dense plantings on the hillside, is “an excellent example of a single-family dwelling in the Mid-Century Modern architectural style, and a highly intact work by architects Richard and Dion Neutra,” the nomination form stated.

“The property represents the progression of Richard Neutra’s innovative design concepts for small but flexible residential dwellings. Despite its modest size, the residence features many elements of Richard Neutra’s evolving vocabulary, including the use of contrasting glass and stucco planes, projecting beams extending beyond the building envelope and deep overhangs with strip lighting at the edges.”

The nominators also said the property remains highly intact and its integrity of location, design, setting, materials, workmanship, and feeling have been retained.

Richard Neutra has been hailed as one of the most important architects of modernism. He was born in Vienna in 1892 and lived and worked in Germany. He briefly worked for Frank Lloyd Wright following his arrival in the U.S in 1923. He died in Germany in 1970.

Dion Neutra was born in Los Angeles in 1926 and began training under his father when he was 11 years old. He studied at USC’s School of Architecture, where he graduated in 1950. He practiced architecture with his father and then independently. He died in Los Angeles at the age of 93 in November 2019.

The home was nominated by Raymond Neutra, the brother of Dion Neutra and president of the Neutra Institute for Survival Through Design.

“I just want to emphasize how the Neutra Institute hopes to use this historic monument, not only as an artistic object but also as a reason for beginning further conversation on topics that are important now, and this relates to multi-family housing and multi-generational housing and (accessory dwelling units) and also the housing of people as they increase in age and the ability …read more