Ashley Tisdale on being postpartum: ‘We can’t compare our bodies to each other’ 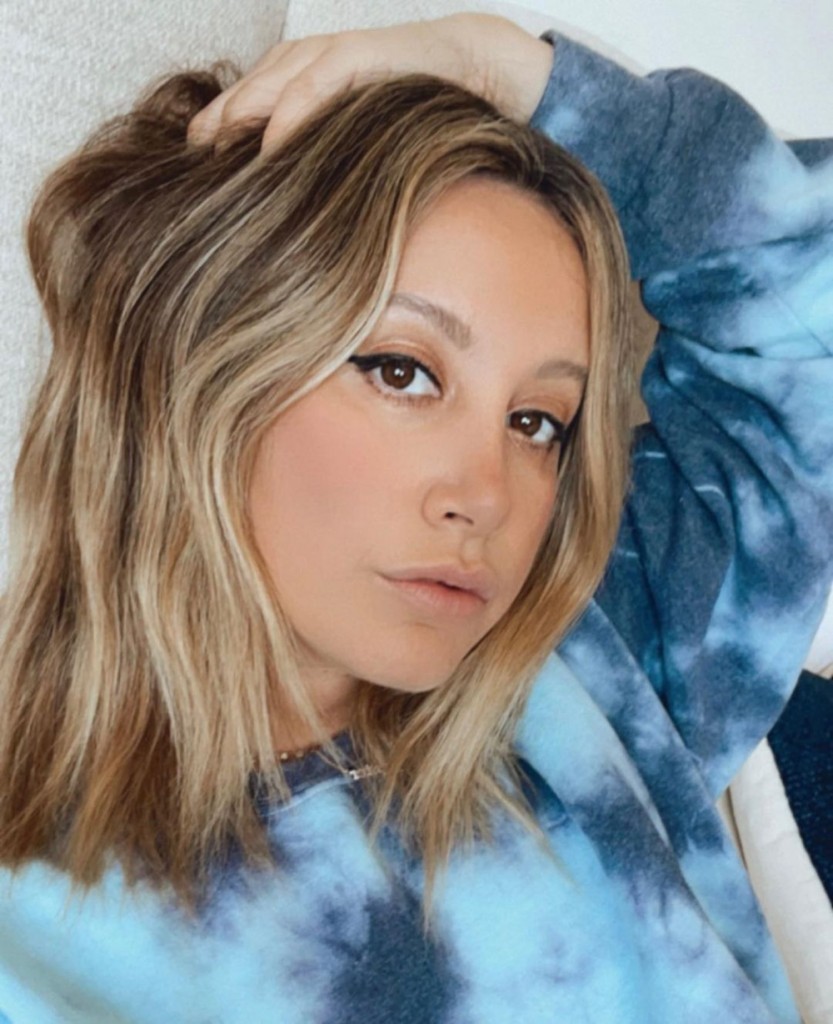 Ashley Tisdale has a lifestyle blog called frenshe. To be totally honest, I didn’t know frenshe was Ashley’s until today. I thought they’d scored this awesome exclusive with her because they kept getting great photos of the nursery and her daughter Jupiter. It’s a good blog, well put together and the topics are varied enough that I didn’t realize it was celebrity run. One of Ashley’s latest posts was about body after baby. Like most of Ashley’s revelations, it wasn’t the usual celebrity fodder of ohmygosh! Everything is perfect! Ashley is being honest about struggling with her new shape after giving birth to Juju in March. She says that she’s worked hard and lost some of the weight, but she’s not where she thought she’d be and she’s not where she thinks other new moms are. But she’s trying hard not to compare herself, especially to other women online.

I feel like this post is for everyone who looks in the mirror and thinks they should look better, especially after just having a baby. Instagram can really fuck with your head…like really fuck with your head. There are so many models and influencers that I’ve compared my own personal journey in “bouncing back” to. And then, I’m like wait they just had a baby and they look like that??

I was recently at a friend’s place and two moms who just had babies were there saying how great I looked and that they wished they could fit into jeans. Here they were thinking that I looked great and yet I’m at home looking in the mirror thinking I could look better. That’s when I realized we can’t compare our bodies to each other.

The bottom line: be kind to yourself and fill yourself up with love. It’s okay to set a goal and be inspired by others, but we should all truly love ourselves and our bodies in every season. It’s easier said than done and I know there have been stages in my pregnancy where I have felt uncomfortable. I’m still dealing with plantar fasciitis, but even I’m working on not comparing myself to others and their post-baby journeys. Love yourself first!

Ashley said that she’s “worked (her) butt off” and although she’s able to get into some jeans again, she’s not the size she used to be. She echoed the adage, “it takes time growing the baby and it takes time losing the baby weight.” I know that sounds simplistic, but it is true. Ashley’s right, whether it’s new moms or anyone else, people need to stop comparing their bodies against those around them, especially what they see online. Ashley said that “everyone is going to have a different journey” and that’s also true. We shouldn’t ask ourselves why don’t I look like her? We should ask ourselves what our journey is and how far we’ve come. Now, I say that, but I wish I knew how to put it into practice because …read more