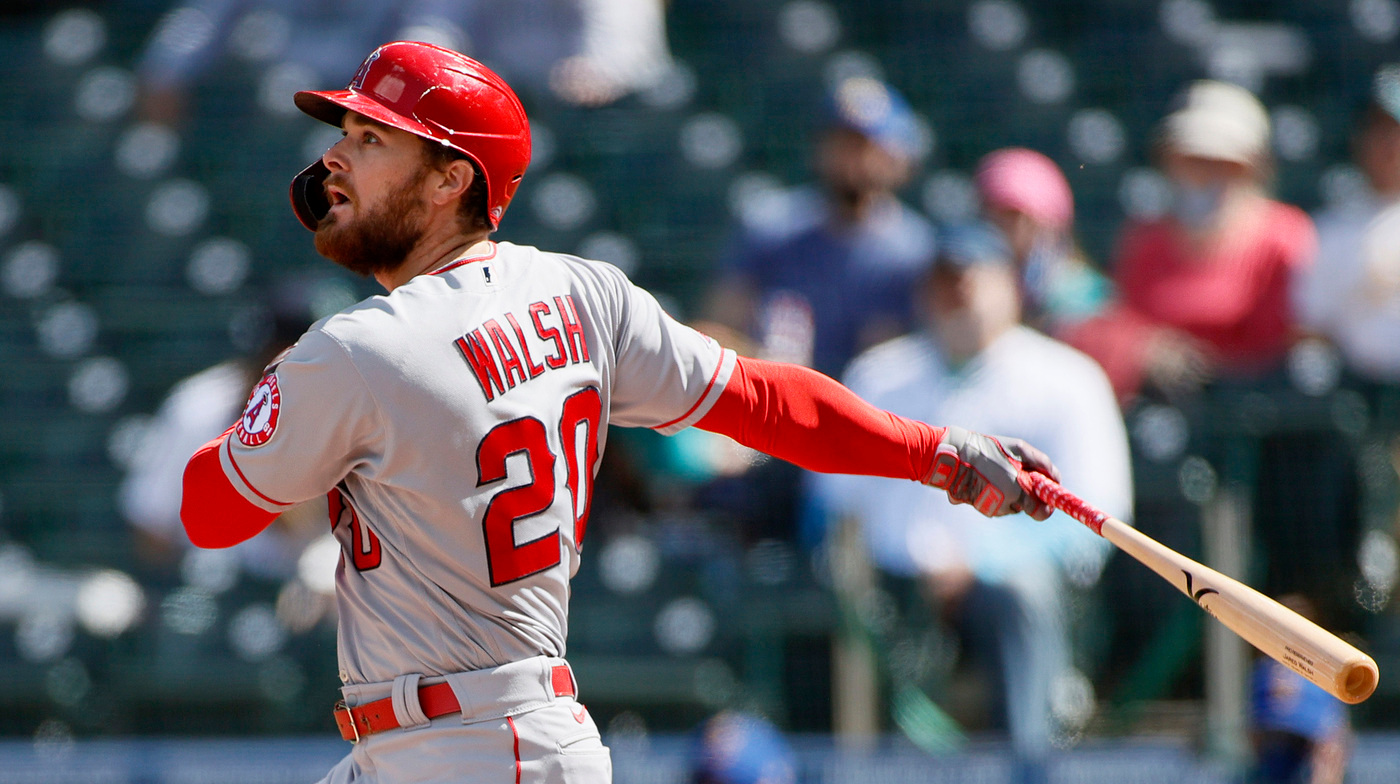 ANAHEIM — Jared Walsh’s sizzling start to the season still has one hole in it.

Maddon said the decision to give Walsh a day off was also because he wanted Phil Gosselin to get some action. He had only started one game in the previous week, and the Angels are likely going to need him at least as a pinch-hitter this weekend in a National League park.

“Gosselin does do well against lefties,” Maddon said. “That’s a big part of the reason that he’s here.”

Gosselin came into Tuesday’s game hitting .423 against lefties this season, and .294 in his career.

Walsh actually hit lefties better last year. He had a .324 batting average, but his OPS was still .776 against lefties, compared with 1.072 against righties.

“The big thing is to keep his strike zone organized,” Maddon said. “He can hit them. There’s no doubt in my mind.”

Maddon also pointed out that Walsh needs occasional days off, so a game against a lefty is the most logical time.

“I think if we keep him really fresh, he can sustain these numbers, and conversely if we run him into the ground, it could go away,” Maddon said.

SO FAR, SO GOOD

Maddon has been pleased with what he’s seen from relief pitcher Mike Mayers, who has retired all six hitters he faced since making a small mechanical adjustment.

He also pointed out that his velocity had increased slightly in the past two games. His 96.1 mph average on his fastball on Sunday was his third-highest of the season.

“That was the kind of vintage stuff that we had seen from him last year,” Maddon said. “There was an adjustment made. It’s nothing significant. You would never even be able to pick it up. But with these guys, you’re talking about guys that are really good at what they do, major league players. The adjustments are normally minuscule.”

Maddon said that he’s not planning to start Shohei Ohtani in the outfield on Saturday or Sunday in Arizona, where the Angels won’t have the DH available. Ohtani is pitching on Friday. When the Angels were in San Francisco last weekend, Maddon said Ohtani could finish a game in the outfield if it allowed him to get an extra at-bat, as opposed to just one as a pinch-hitter. …

Angels’ Mike Trout says Monday was his best rehab day yet, but he’s at least 3 weeks away