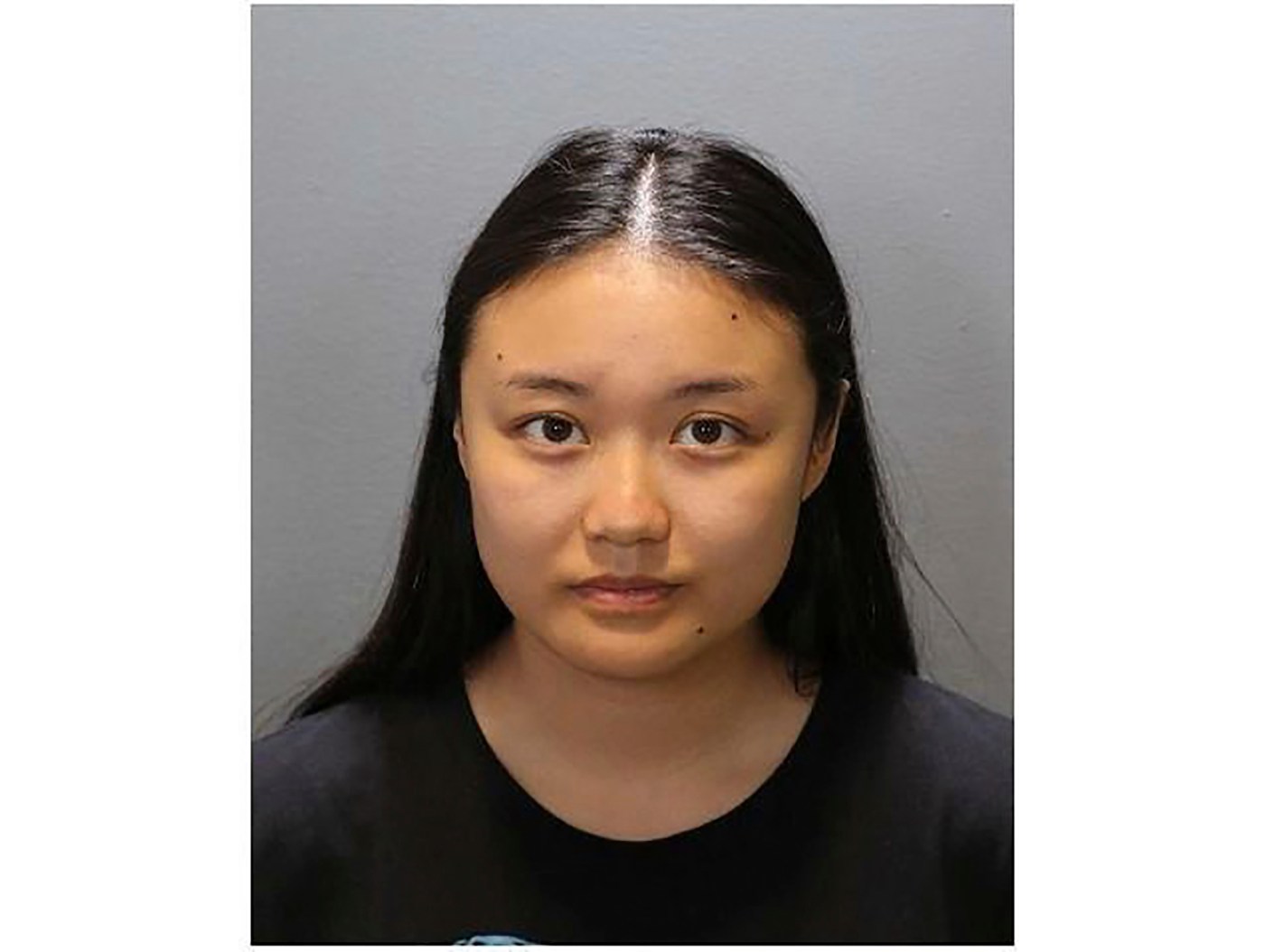 Once trapped in a deep depression that prompted thoughts of suicide, Wynne Lee appeared to have conquered her demons and had high hopes for her future.

Lee, now 23, went public with the mental health struggles that began at age 12. She took community college classes after graduating early from Diamond Bar High. And she talked about studying design at a four-year university.

But that well-publicized chapter in Lee’s life was written some six years ago. The pages in her life since, as far as what is publicly known, were mostly blank until Sunday, June 6, when she and boyfriend Marcus Anthony Eriz, 24, were arrested in connection with the May 21 shooting death of 6-year-old Aiden Leos during a road-rage attack on the 55 Freeway in Orange.

Lee was charged with being an accessory after the fact and holding a concealed firearm in a vehicle, according to a criminal complaint filed by the Orange County District Attorney’s Office on Tuesday, June 8. Eriz, who prosecutors say fired the fatal shot while Lee drove, was charged with murder and shooting at an occupied motor vehicle.

The couple, who live together in Costa Mesa, did not enter pleas Tuesday when they appeared in Superior Court via video. Their arraignments were postponed to June 18.

It is unclear how long Lee and Eriz have known each other, but they worked together in Highland in San Bernardino County, said Kimberly Edds, a spokeswoman for the Orange County DA’s Office. Edds declined to identify the business because she said it has been receiving threats since the arrests.

Lee shared her mental health struggles for a Los Angeles Daily News story in 2015 about cultural expectations and depression. The daughter of Taiwanese immigrants believed she was not living up to her parents’ academic goals and was having a difficult 8th-grade year socially. She felt isolated and even took to cutting herself, which she said provided “instant relief.”

“My time is coming. It’s already time for me to die. I can’t wait. … So yeah I plan to kill myself during spring break, which by the way, starts in two days,” Lee wrote in a March 29, 2012 journal entry.

Lee’s parents could not be reached for comment this week.

On a particularly bad day during her depression, Lee overdosed on prescription pills. She eventually was placed in a psychiatric facility and received counseling.

Finally, in her sophomore year in high school, Lee began to open up to her mother, and her outlook improved. She began dancing at a studio again.

“This is going to be the best summer ever,” she wrote in her journal.

That fall, in 2014, Lee participated in a panel discussion at USC for Hollywood screenwriters and producers about Obamacare, speaking about mental health.

In 2015, the Diamond Bar High student newspaper, the Bull’s Eye, wrote about Lee and another student who passed the California proficiency test to graduate early and who were taking college classes. Lee had enrolled in advanced drawing, English and interior design courses at Mt. San Antonio …read more